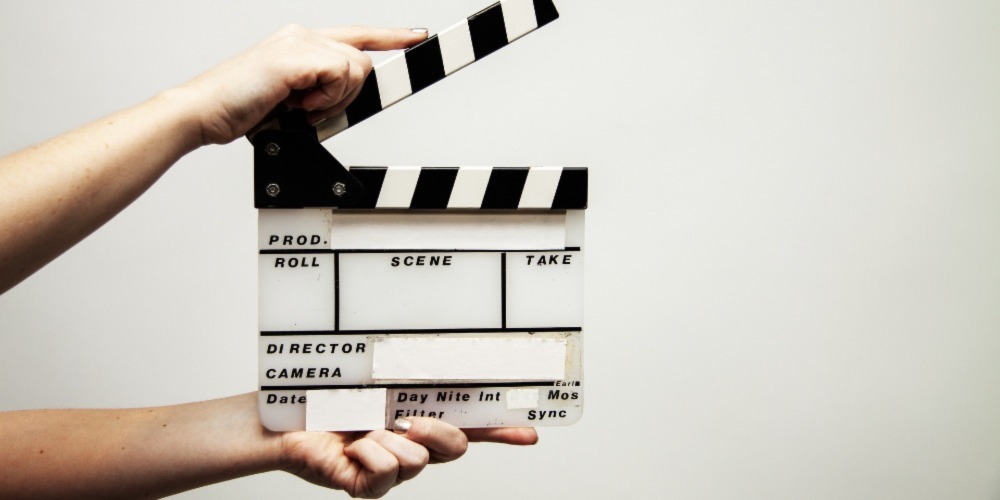 It’s hard to create a successful fighting movie these days. Authentic fighting scenes require incredible skills, vision, and dedication. Also, the story needs elements to hold the viewers’ attention until the end. Thankfully, there are plenty of great films to choose from. We collected a few of the best Hollywood movies about fighting. Check them out below!

Chris, Jean-Claude Van Damme, takes a long way both geographically and spiritually. He had no choice but to leave the dirty suburbs of New York only to end up in the Far East, all the way to Tibet, surrounded by secrets and legends.

During his adventurous journey, kidnappers captured him and then sold Chris as a slave by gun smugglers. For a while, he ends up in an underworld kickboxing and gambling place, and from there, he reaches an island in the Far East, where they teach ancient martial arts.

Here he decides to take part in the ultimate test, the legendary and deadly ghan-gheng competition. In addition to physical endurance, strength, and courage, this fight also tests the mental strength and steadfastness of the participants. People skilled in martial arts come to this competition from all over the world to compete for the main prize, the Golden Dragon. However, Christ is driven by a different purpose throughout his adventures.

Besides the original Karate Kid franchise, they released a new version in 2010 with Jackie Chan and Jaden Smith. According to 1xBET Sportsbook, a new Karate Kid movie is in the making. However, we will briefly recall the latest version.

Sherry Parker, an American widowed, single mother, gets a new job in China. So she moves with her sulking son Dre to a different continent. The 12-year-old Dre has difficulty getting used to his new life, but with the janitor of their house, an unexpected friendship begins. Mr. Han carries the burden of a tragedy and withdraws from everyone.

As the boy and the man become friends and Mr. Han starts to mentor Dre, both find the path toward healing. Martial arts teach Dre that the world does not revolve around him and finds his place. One of the best Hollywood movies about fighting could stand on its own as there is no connection between this and the original version apart from the title and the mentor-student relationship. The movie deals with grief, first love, bullying, strength, and never giving up!

Paddy Conlon’s, Nick Nolte, alcoholism has torn his family apart. Although he managed to give up his addiction and found God, he can’t forgive himself for his sins. However, his youngest son, Tommy, Tom Hardy, a former Marine, shows up and asks his father to prepare him for the roughest event called Sparta.

This unexpected request promises an opportunity for the aging coach to reunite the family and give him purpose. Meanwhile, the other brother, Brendan, Joel Edgerton, a full-time physics teacher, had to enter the tournament due to his financial situation. It’s obvious that a fight between the two brothers is inevitable.

The story is based on, surprising or not, a book of short stories by F.X. Toole’s Rope Burns: Stories from the Corner. By the way, the writer’s pen name covers a since-deceased boxing coach, Jerry Boyd, who wrote quite a few stories. The character of Maggie, Hilary Swank, in the film was presumably modeled after female boxer Juli Crockett.

The audience has always loved high-impact sports films, as they could understand and respect the athletes’ willpower, endurance, and ability to fight. However, Million Dollar Baby is much more than an incredibly well-directed sports movie. Clint Eastwood wanted to say much more with this movie, and he succeeded.

Frankie Dunn, Clint Eastwood, plays an old bitter boxing coach who lives practically alone because his daughter has cut off all contact with him, even though Frankie tries to keep in touch. His only joy is his battered gym, where his old friend Eddie, Morgan Freeman, acts as the caretaker, practically his living conscience.

Dunn, the great boxing coach, takes on the task of coaching a girl for the first time in his life. Maggie Fitzgerald is so strong-willed and determined that she convinces Frankie to mentor her.

It is not just a mentor and student relationship, as Frankie sees her daughter in Maggie, who finds a father figure in Dunn. There is constant sadness in the entire film, despite the fact that the first part is a success story, since together, with a lot of work, the main characters achieve what they want.

Eastwood creates this slightly bleak effect with a darker, gloomy visual world and the brilliant music he also composed. The film presents a series of social problems to the viewers. Aging, loneliness, lack of love, the parent-child relationship, the relationship between religion and the individual, and the issue of euthanasia also appear.

Micky Ward, Mark Wahlberg, is trying to make a living as a young boxer in Massachusetts with the help of his mother and manager, Melissa Leo, and his older brother Dicky Eklund, Christian Bale. However, Micky’s career gets off to a difficult start.

Carelessly organized matches and defeats line his path. There is even the possibility that he will give up the entire sport. However, over time, the circumstances convince him otherwise, and encouraged by his new love, Charlene, Amy Adams, he embarks on one last big adventure in order to achieve something that no one in the family has done before.

We have referred to Mark Wahlberg’s character as the most significant, but the supporting characters are just as important. The excellent Amy Adams as the ideal beauty, and of course, the two actors who took home an Oscar for their performance in the film.

Melissa Leo plays Micky and Dicky’s mother brilliantly, who could portray extreme emotions. Bale also plays a key part in one of the best Hollywood movies about fighting! He portrays a depressed ex-boxer with drug problems who finds redemption in his brother’s success.

The movie authentically shows the hopelessness of life and that there is only one way out of this milieu. The only opportunity to break free is offered by sports and the fame that comes with it. The fighter is based on a true story. Micky Ward and Dicky Ecklund actually existed, and the latter was the subject of a documentary: High on Crack Street: Lost Lives in Lowell. It shows how his career came to an ugly end due to his cocaine addiction. According to online sportsbook sites in the UK, Ecklund was satisfied with the film and how Christian Bale portrayed him.

Fighting with My Family

Fighting with my family is a true story about the adventures of two ambitious wrestlers from an English wrestling family in Norwich. Zak and Paige want nothing more than to become professional WWE wrestlers. However, to their great disappointment, only Paige can attend the WWE’s six-month training camp, which also causes trouble between the siblings.

Paige’s journey does not lead directly to the top. The film focuses on the ups and downs of a wrestler’s life. In terms of its mood, the creators did a perfect job. They selected authentic actors for the cast, like Nick Frost, Lena Headey, Florence Pugh, Jack Lowden, and Vince Vaughn.

We should highlight Dwayne Johnson’s presence, as the actor-turned-wrestler appeared in the movie as one of the advertising actors, even though he barely got any playing time, only twice in the film.

However, in Fighting with my family, the Rock does not pretend to be an actor but plays himself, and appears only as much as is necessary.

His appearance naturally results in light and funny moments. All in all, the movie based on real events is full of authentic problems with dramatic but also light-hearted moments. Check out what Dwayne Johnson is up to at 1xBET Sportsbook!

A great fight movie series set in prison. Heavyweight boxing champion Iceman Chambers, Ving Rhames, is imprisoned for rape. Iceman is on a rampage, believing that at the peak of his professional boxing career, he can’t enjoy and defend his undisputed champion status.

Monroe Hutchen, Wesley Snipes, who has been the prison’s unofficial champion for ten years, is serving his life sentence in the same facility as Iceman.

Emmanuel Ripstein, Peter Falk, a lifelong resident of Sweetwater Prison, is still well-connected to the government, the mob, and the prison administration. There is enormous tension between the two champions, so when Ripstein recognizes the business opportunity given by the two, he organizes a match between Monroe and Iceman. The Undisputed series is an example of how the sequels can be just as good, if not better, than the first movie.

The sequel is about George Chambers, aka Michael Jai White, who is imprisoned in Russia for drug possession. Inside the prison, they try to break him, but George is tough. Naturally, with this mentality, he soon meets Boyka, the uncrowned king of prison fighters. Gaga, Mark Ivanir, the local mob boss arranges the big match between the two fighters. The preparation begins, followed by the expected brutal clash at the end of the film.

They never reveal how George Chambers is related to Iceman Chambers from the first movie. The film was more successful than the makers thought, so they made a third and a fourth part as well. Check them out at online sportsbook sites in the UK! Though if you haven’t seen the second part should not watch the third. If you want more, check out our article about sports movies for winter days!

Click here to try the best odds at 1xBet Sportsbook