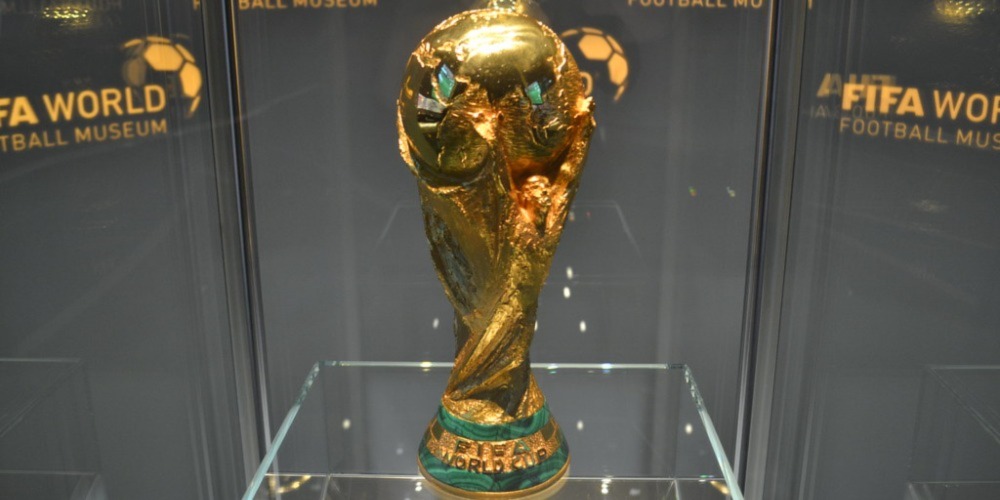 Following the shocking defeats of Argentina and Germany in the first round of the 2022 FIFA World Cup, we made a list of similar games. They all ended with a surprising result and the victory of the underdogs. Like Senegal’s victory over the World Cup winner France. Or Germany’s loss against Bulgaria in the 1994 World Cup. Find the biggest upsets in World Cup history below.

Argentina’s loss against Saudi Arabia on Monday was probably the biggest shock in the history of the World Cup. La Albiceleste belonged to the biggest favorites to win the tournament and they can still do. But their loss against a team that ranks 48 places lower was a huge shock for all football fans. In spite of getting the lead with the goal of Lionel Messi, the Argentine team conceded two goals in the second half and lost the game.

Just like Germany whose team was beaten by Japan in similar conditions. The four-time champions also got the lead in the first half. But they missed their other chances, unlike Japan who scored twice in eight minutes. These kinds of results are not common but have happened before, similarly shocking the football world.

France arrived at the 2002 World Cup as the reigning champions after winning the 1998 World Cup on home soil. They were also the European champions so everyone expected an easy French win in their opening match against Senegal. But it didn’t happen. Even though the African team appeared in its first-ever World Cup, they were not afraid.

Their squad had players like El Hadji Diouf, Khalilou Fadiga, and Aliou Cisse. And Papa Bouba Diop who scored the winning goal against Les Bleus. Thanks to this win, Senegal reached the knockout stage, while France finished last place in the group. But it was only one of the biggest upsets in World Cup history.

The German team met the Eastern European squad in the quarter-finals of the 1994 World Cup. The four-time World Cup winners were the absolute favorites with players like Lothar Mattheus, Jurgen Klinsmann, and Matias Sammer. Mattheus got the lead for the Nationalelf. But Bulgarian stars Hristo Stoichkov and Yordan Letchkov scored two late goals and won the match.

Even though they lost the semi-final against Italy, it has been the best result in the country’s history. West Germany was also beaten by Algeria in 1982, on the World Cup debut of the North African team. The two-time champions still went all the way to the final but lost there against Italy. Now Hansi Flick’s team needs to improve a lot in order to reach the last 16. But online sportsbooks in Germany still expect them to do so.

Another multiple World Cup winner, Italy has also suffered unexpected defeats in previous tournaments. The last time was in 2002 when the Azzurri met one of the hosts, South Korea in the last 16. Guus Hiddink’s side managed to win the match 2-1 with the golden goal of Ahn Jung-Hwan. It was a huge victory for the Asian team who also knocked out Spain to reach the semi-finals.

They lost there against Germany and finished fourth place eventually. Interestingly Italy was also beaten by North Korea in a much earlier World Cup, in 1966. With their shock, 0-1 defeat, the Italians were out of the competition after the group stage. But at least they were there, unlike the current and previous tournaments.

Argentina was Beaten by Cameroon in 1990

Argentine fans surely want to forget their match against Saudi Arabia, but older supporters might remember a similar defeat. In the 1990 World Cup, the defending champions were beaten by Cameroon in the group stage. The African team managed to keep their lead in spite of finishing the match with only 9 men and facing Diego Maradona.

They became the first African team to reach the quarter-finals and only lost there against England after extra time. The reigning champions finished only third place in their group. But they still qualified for the knockout stage. And they went all the way to the final again, where West Germany beat them 1-0. Argentina was one of the biggest favorites to win the World Cup this time, now their odds are only 9.87 for the victory.

When the USA Won against England

England suffered their first World Cup loss in 1950 to the United States. The match was dubbed the “Miracle on Turf” after it was so unexpected. England was a huge favorite thanks to its history and great players. While the US team was considered the underdogs, after losing seven straight matches ahead of this one. Still, Bill Jeffrey’s side won the game in Brazil 1-0 thanks to the goal of Joe Gaetjens.

It was the Americans’ only win that year, but it is still remembered in the country. While England also finished the tournament in the group stage after losing against Spain as well. Now the two teams will meet again, and the conditions are very similar. Online gambling sites in Germany favor England to win the match. But as we saw, really anything can happen in a World Cup game.