Best Movies About Dog-Sledding Ever Made

News >Best Movies About Dog-Sledding Ever Made 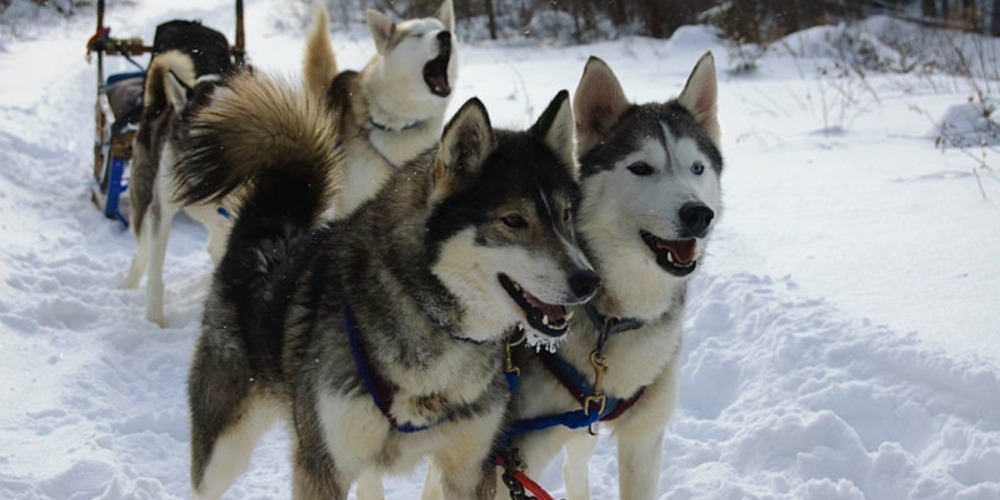 Sled dog racing is just as adventurous as it is dangerous. No wonder why this sport has inspired so many film directors. We tried to collect different genres, so get the tissues ready because the following films are not only exciting or funny but have the power to move you to tears. Let’s see some of the best movies about dogsledding!

The movie is based on the events of the 1925 Serum run to Nome. We are in Alaska in 1925, when diphtheria rears its head in the small town of Nome. There is already a vaccine for the disease, which primarily threatens children, but it is far away. The worsening weather prevents the plane from getting the serum. So, the only way to save the children is if Leonhard Seppala and his brave dogs, including Togo, the lead dog, tackle the 674 miles.

They fight their way through snow and ice, mountains, and harsh terrains, to get back with the life-saving vaccine in time. Several people joined the journey, but Seppala and his dogs led the way for a long while, but due to a misfortunate chain of events, the news was not about them. Unimaginable circumstances got in their way during the 674-mile journey, but Togo was capable of the impossible!

The movie is much more than a competition, but the suspense lasts until the end of the movie. What makes one of the best movies about dog sledding better is the fact that these heroes lived once and did something honorable and selfless by conquering the elements. Thanks to modern technology, the movie provides an extraordinary film experience with spectacular scenes!

Let’s see an adventure comedy after such an emotionally charged story. In snow dogs, a Miami dentist accustomed to comfort travels to Alaska to claim his inheritance. Naturally, he is out of his element with the cold and eight inherited sled dogs, among other things. When Ted arrives, he realizes that his inheritance is not a valuable property or bags full of money but a hostile and unruly pack of dogs of seven Siberian sled dogs and a border collie.

Ted also has to face the grumpy old man, Thunder Jack, who wants the dogs, so he tries his hardest to scare the city boy back home. However, Ted accepts the challenge, stays in Alaska, and decides to learn how to drive a dog sled no matter what it takes. The plot gets twisty once the competition begins and the story takes unexpected turns but laughing is guaranteed!

Called the world’s biggest race, the Iditarod Sled Dog Race is unmatched. The 1,600 kilometers in the harshest and most bewildering terrain on Earth in Alaska. The protagonist of the full-length documentary The Great Alone is the multiple champions, Lance Mackey, preparing for a big comeback. We can follow his journey from the happiest times to his battle with cancer.

The film is going to suck you in because we take every mile together with him on the road to the title of one of the greatest dog sled riders of all time. One of the best dog sledding movies will show you the struggles and rewards of the 1,600 kilometers. Ridges of jagged mountains, dense forests, and miles of windswept abandoned tundra await drivers and their dogs.

Add to that the constant minuses, the savage wind, the short days, the sneaky hills, and we get a first-hand sled dog race experience! According to online sportsbook sites in the US, the race, from Anchorage in southern Alaska, runs to Nome on the west coast of the Bering Sea. Can you imagine what the drivers and dogs go through?

Many follow the event all over the world. You can also make various bets at Bet365 Sportsbook! A number of American and foreign television crews follow the competition, but representatives of the media are also present. It’s not just a race of sled dogs, it’s a respectful battle between humans and nature. Drivers from all walks of life enter the competition: students, lawyers, doctors, miners, artists, Canadians, Europeans, etc., the line is endless.

Each man and woman is driven, but everyone has their own motivation and sets off in this competition for different reasons. Hundreds of people, women, men, foreigners, and locals are taking part in organizing and running the sled dog race. They set up race offices in Wasilla, Anchorage, and Nome, transport volunteers, vets, dog ​​food, equipment, etc. The Great Alone offers a glimpse into this world and radiates an authentic vibe toward the viewers as if they were also there.

A childhood favorite cartoon hero, Balto, actually saved hundreds of lives in 1920s Alaska. Almost every week, we hear new stories about dogs who, with their courage and heroism, saved people’s lives from death, like Naida, who looked after her little girl owner for two weeks in the Siberian wilderness until they were found. Thanks to novels and movies about their exploits, these dogs have become cultural icons in our eyes.

The animated film tells the story of the 1925 Serum run to Nome, which became the biggest sled dog race in history. Instead of opponents, the riders had to compete with the time when the children of Nome got diphtheria and needed the serum for their recovery fast. However, the serum was hundreds of miles away, beyond a wild, cold and brutal environment.

The cartoon shows the demanding journey through the sled dogs’ eyes, making history a bit more kid-friendly. However, the story pays a beautiful tribute to the heroic dogs and their drivers for selflessly taking on this five-and-a-half-day-long trip and putting their life in danger to help the children. In honor of the serum run, people still organize the biggest sled dog competition on that route annually. Check out the complete story in our guide to betting on sled dog racing!

The movie Iron will, takes place in 1917, Will Stoneman and his family live on a farm in South Dakota. His father works as a carpenter and transports furniture to town by dog ​​sled, but one day has an accident, and the family gets into a never-ending circle of debts. They are just about to get rid of the father’s lead dog, Gus when the boy finds out that his father wanted to enter him in a sled dog competition where the winner gets $10,000.

Young Will takes on the task of saving the family farm, and his uncle Ned helps him in the preparation. The competition starts in Winnipeg, and the 17-year-old boy is able to enter the race with the help of a journalist, Harry Kingsley. Harry will also help the boy in the future, as the organizer of the competition tries to prevent the boy’s victory quite a few times. Will’s motto is simple. You have to run longer and sleep less!

Iron will is also based on true events and just like the other movies about dog sledding, tells a moving and inspiring story. The film emphasizes the moral with every hardship Will tackle, which is to dare to realize your dreams and go to the limits until you get it. Today sled dog races honor every driver and dog and respects the law of nature. You can find the complete list of competitions, participants, statistics, and odds at online sportsbook sites in the US and place bets at Bet365 Sportsbook!