Best NBA Players of All Time 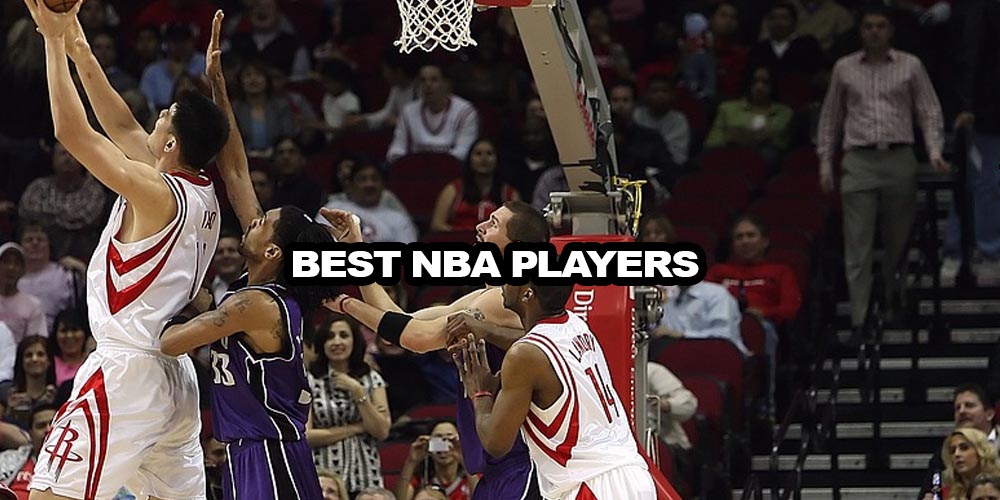 It is one of the most famous sports leagues in the world, with the best basketball players, fantastic atmosphere and legendary arenas. The NBA is loved by fans everywhere, even people who are not interested in basketball are aware of the teams and their stars. In the best NBA players of all time we find the most amazing players, who changed the history of the sport for ever.

The documentary about Michael Jordan’s last season is one of the most watched programs on Netflix at the moment. It shows how curious people are for the life of one of the greatest basketball players of all time. Jordan and his teammates were part of the American ‘Dream Team which won the Olympics in 1992 and 1996. The members of this team all played in the NBA, which is the world’s best basketball league with top level games and the best players of the world. Fans could see the greatest talents there from the earlier eras up to today, let’s see the best of them.

Shaquille O’Neal was one of the most dominant players of the NBA. It was almost impossible to defend against him, as his enormous size (2,16 m tall and 147 kg) was matched with great athleticism. He wasn’t only great in scoring, but in rebound and defense as well. He led the Los Angeles Lakers to three consecutive titles in 2000, 2001 and 2002. But after his tension with Kobe Bryant O’Neal had to leave the club. He joined the Miami Heat and won his fourth title with them. He was the MVP in 2000 and was voted to the NBA All-Star team 14 times during his career. O’Neal was a great entertainer as well as we have mentioned earlier.

Duncan played during his whole career with the San Antonio Spurs which signed him in 1997. He won five championships with the team between 1999 and 2014, he was the MVP in 2003 and 2004. He was also selected in the NBA All-Star Team 15 times. Duncan was a very efficient player, especially in defending. But unlike many other big players, he didn’t like to show off and remained a quiet, normal guy without any glimmer.

8. Kobe Bryant – A great player with a tragic end

Kobe Bryant was signed by the Los Angeles Lakers straight from high school in 1996. He spent his whole career at the club, winning five championships with them during 20 years. He was called the ‘Black Mamba’ as he was so cool and accurate with his shots as the venomous snake. Bryant was in the NBA All-Star team 18 times, the NBA MVP in 2008. He also had the second most points scored in a single game (81 points). Sadly he lost his life in a tragic helicopter accident with his daughter this year as online sportsbooks news in the US were also reporting.

Bill Russell played in a much earlier era of the NBA, between 1956 and 1969 for Boston Celtics. He won 11 championships with the team, which is the most anyone has ever won. Russell was one of the best defenders of the game, with fantastic shot-blocking and rebounding skills. He became the first black superstar of the NBA and also the first black coach to win a championship with his former team. The team is not in the favorites to win this season with the odds of 21.00 at 1xBet Sportsbook but can win the Eastern Conference where it has the odds of 7.50.

Wilt Chamberlain was a huge player, with his 2,16 m height he was one of the tallest players in the 1960s. No surprise he was great in rebounding, with almost 23 rebounds on average. But he was also a great scorer, his scoring average of 30.1 points per game is the second highest behind Michael Jordan. Chamberlain is the only player to score 100 points in a single game. He won two championships with Philadelphia 76ers and Los Angeles Lakers. He was voted to the All-Star team 13 times.

Larry Bird also played for Boston Celtics in his whole career between 1979 and 1992. He wasn’t the most athletic player, but he made up for that with his great shooting skills and his intelligence for the game. Bird won three championships with the Celtics and was in the NBA All-Star team 12 times. He was the league’s MVP three times in a row, one of only three players to achieve that. He became the coach of Indiana Pacers and was named as the Coach of Year in the 1997-98 season.

One of the biggest rivals of Bird was Earvin Johnson Jr, or as more known, Magic Johnson. Their rivalry started in the NCAA Championship final and they continued to meet each other in three more NBA finals. Johnson played for the Los Angeles Lakers and won 5 titles with the team. He won 3 MVP Awards and was in the All-Star Team 12 times which could have been even more if he didn’t have to retire early due to his illness. Johnson introduced a fast-paced style of basketball and was a key player of the Showtime Lakers with the next person on the list.

Kareem Abdul-Jabbar played with Johnson in the Los Angeles Lakers and achieved even bigger successes. Before playing in the NBA, he won three consecutive NCAA titles. You can already find odds for the winner of the next season’s NCAA champion on 1xBet.
He was drafted by Milwaukee Bucks in 1969 where he played six seasons and won one title. Then he joined the Lakers and won five more championships. Kareem was one of the best NBA players of all time and still holds the record for most MVP Awards (6), most points scored, most rebounds, most blocks, most games played and most wins.

LeBron James joined the NBA after high school, at the age of 18. Since then he has been a key player in the teams he has been playing, Cleveland Cavaliers, Miami Heat and since 2018 Los Angeles Lakers. He led his teams almost on his own to eight finals and won three of them. He is an all-round player,  great in scoring, rebounds and passing. James was the NBA MVP four times, and was named to the NBA All-Star team 16 times. He won the Olympic Games with the US team in 2008 and 2012. Online gambling sites in the US are predicting similar successes in the next Olympics. He is 35, but still one of the best players of the league. His odds to be this regular season’s MVP is 9.00.

There is a debate within basketball fans if Jordan or James is the best player of all time. But for me, it must be Michael Jordan as he represents the sport all over the world. He was the greatest scorer, he won the league’s scoring title 10 times. But Jordan was great in defense as well, and was selected in the all-defensive top team 9 times. He led the Chicago Bulls to six NBA titles in the 1990s. He got 5 MVP Awards and 14 NBA All-Star Team nominations. Of course, Jordan was also a member of the ‘Dream Team’ which conquered the world in the 1992 and 1996 Olympics. Probably he is more known to the younger generation for his shoes, which made him a billionaire. But he had such a huge impact on the sport that he must be first on the list.