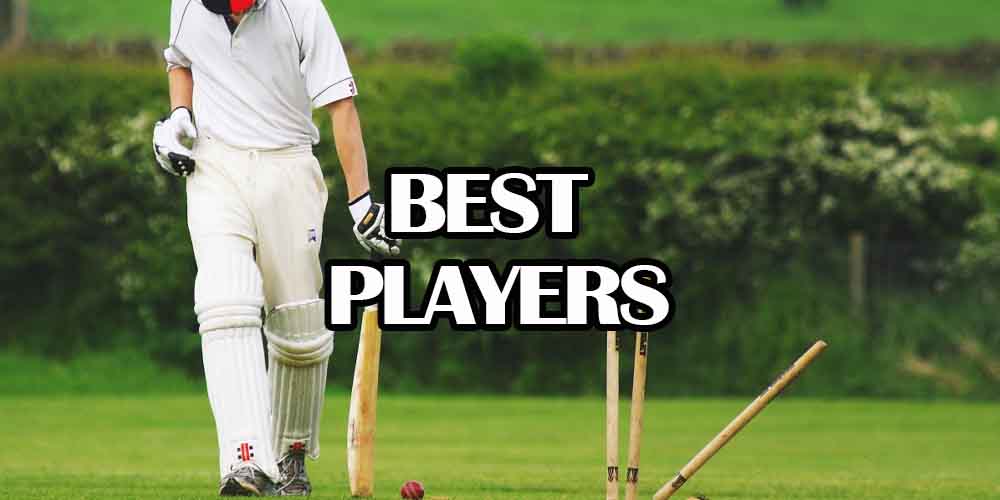 In the history of cricket there have been few that have been gifted enough to be considered all rounders having a grip with both the ball and bat. Only a sprinkling of these will go down in the history books as being an all-time great. Even a true all-rounder, who is equally adept with both the bat and ball and has the ability to make a team as either a bowler or a batter. In our article, we have managed to jot down the greatest or who were closest to being the greatest and best players in cricket history. And by ‘best players’, we definitely mean all rounders, not just batsmen or bowlers.

Let’s have a look at the roll!

Jacques Kallis is unquestionably the greatest all-rounder of the modern era and rates highly on the all-time list, too. As a batsman, there are few better than Kallis, averaging 57.02, including 41 centuries and 55 half-centuries. No batsman prizes his wicket more highly, and no wicket in all of cricket is more highly prized. Jacques Kallis is the broad-shouldered colossus of the South African team. He is a figure whose looming presence inspires calm in some and dread in others. This average is the highest of any current player. Higher than other present-day superstars including Sachin Tendulkar, Ricky Ponting, and Rahul Dravid. Though his role as a bowler diminishes with each passing season. Yet he will be remembered as a purveyor of sometimes surprising pace, swing, and awkward bounces.

A true champion and undoubtedly Pakistan’s finest cricketer ever, Imran Khan definitely deserves to be in the list of all-time great all-rounders and one of the best players in cricket history.

It was as a bowler that he’s best remembered, taking 362 test wickets at an average of 22.81. He was a tremendous player. Khan had opened the bowling for Pakistan for many years; he would be rated as highly as any bowler from any era. As his career progressed and he began to sustain more injuries, his batting became more prevalent, to the point where he was in the team solely as a batsman by the end of his career. This showed that he could indeed make the team as both a bowler and a batsman.

He finished his Test career with an average 37.69, including 6 centuries and 18 half-centuries, becoming one of only eight players to achieve the ‘all-rounders triple’ of 300 wickets and 3000 runs. There have been few captains in the same class as Khan. It was his foresight, strategy, and sportsman spirit that helped his team achieve their full potential. This quality has stuck with him throughout, as he went on to hold many high-profile positions in various political and social work organizations. He ended his splendid cricket career at the age of 39, after winning the 1992 World Cup for Pakistan.

As great as the rest of the players on the list, few would disagree that Garfield Sobers is the greatest cricketers of all time. Like Kallis and Khan, he was a true all-rounder and among the best players in cricket history. But what really distinguishes Sobers from the rest is the fact that he was both players rolled into one. He could bowl fast-medium and spin. But it was as a spin bowler that Sobers was first picked for the West Indies team.  He would go on to take 235 wickets at an average of 34.03.

However, as his career developed he continued to work on his batting, which improved to such an extent that he is now remembered as one of the finest batsmen of all time. His average of 57.78 is the 10th-best on the all time list and compares with any batsman in the history of the game, with the exception of the great Sir Donald Bradman. He scored 26 centuries and 30 half-centuries. But his most famous feat remains the 365 not out he scored in 1958 against Pakistan.

India’s greatest all-rounder and fast bowler, Kapil Dev is one of the great 1980s all-rounders to appear on this list. He had an extraordinary test career comprising of 16 years in which he earned a reputation as a fine bowler and a hard hitting batsman. He became the second bowler in the history of the game to take 400 wickets. Kapil surpassed Richard Hadlee’s world record in his final test, to finish with 434 wickets at an average of 29.64.

This average is relatively high as compared to some of the other best cricketers. But it must be remembered that Dev played a lot of his cricket at home in India. And the wickets there are far more friendly to spinners and batsmen. He averaged 31.05 in a career which included eight centuries and 27 half-centuries. Kapil is best remembered for One-day innings. His 175 not out against Zimbabwe at the 1983 World Cup was a huge comeback for India. It was after a terrible start when Dev came in and saved India from what would have been a huge distress. Dev was the key figure in the tournament. When voting took place for India’s cricketer of the century in 2002, it was Kapil Dev that won the award, ahead of some great players such as Sachin Tendulkar and Sunil Gavaskar.

The great Australian all-rounder of the post-war era, Keith Miller was test cricket’s first best player. He is mostly remembered as a fast opening bowler, forming a partnership with Ray Lindwall. Certainly they are recognized as one of the great test-match opening bowling pairs. His wicket tally of 170 doesn’t truly reflect his skill. As he would undoubtedly have taken many more had his career not been limited by the lack of play during World War II. His average of 22.97 is a better indicator of his achievements.

As a batsman, he scored 2958 runs at 36.97, including seven centuries and 13 half-centuries. As a result, he is looked back on as a classical batsman with a display of outstanding shots. He also had the ability to take the game into his hands from the opponent with his quick-attacking innings. If you ask people whether they considered Miller a bowler or a batsman, you will get mixed answers. And this is what really sums Keith up. He was equally effective, both with the bat and ball. Perhaps the answer to the question is that he was a true all-rounder and a pretty fair one.

Richard John Hadlee is a famous New Zealand former cricketer. He is regarded as one of the tremendous fast bowlers and best players in cricket history according to the online sportsbook sites in New Zealand.

He began his career as a fast opening bowler. But as he matured, he shortened his run-up and concentrated more on moving the ball. At times, it seemed he had the ball on a piece of string, which was best shown in his 9/52 effort against Australia. He was a lower-order batsman who would come in and throw his bat at the ball, ending up with a quite reasonable average of 27.16 which included two centuries and 15 half-centuries. This showed that whilst undoubtedly a bowling all-rounder, he was a capable batsman who could provide crucial runs nearer to the end of an innings.