The Champions League is back after a short break, so it’s that time again to make a killing in the middle of the week. 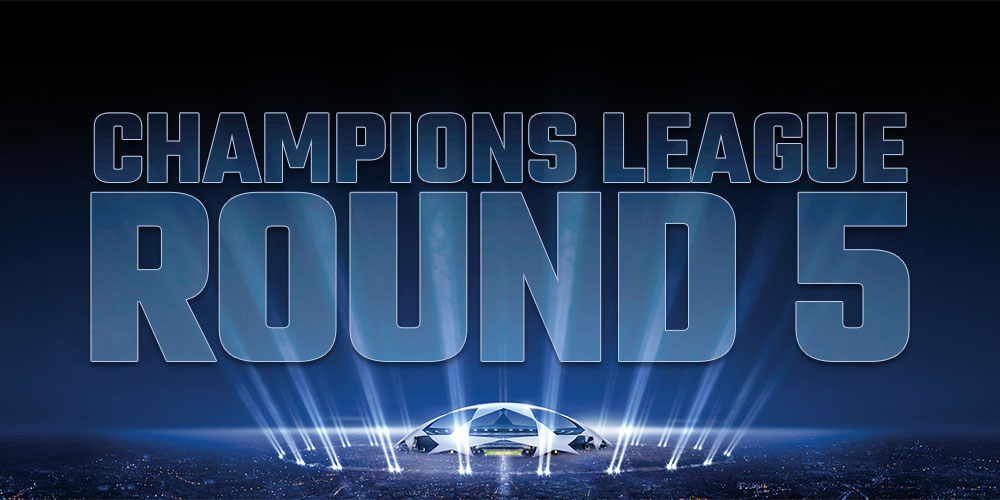 There are only two more rounds left in Europe’s elite competition before it ends for good this calendar year; the football action will return in February of next year, so grab this chance to back your favourites teams with loads of bets.

Group G has been somewhat surprising so far, as everyone expected the defending champions Real Madrid to sweep past their opponents with super ease, especially since they’ve won the competition on 4 occasions in the last 5 years. But surprisingly, they’ve suffered a shock defeat in their second game, away to CSKA Moscow.

(For more info about the online betting site, check out Unibet Sportsbook review.)

Los Blancos have struggled severely domestically that has seen them change their manager as they attempt to improve their results, so this has to go into consideration when betting on this match. According to providers of internet betting in Spain, all they need is a draw to ensure their progression to the knockout phase of the Champions League.

Since the Italians will be playing at home in front of their own support, we’re willing to back them for this match, as Real have been playing poorly and Roma have enjoyed a great form recently.

This match may not seem like much of a high thriller, but it actually is. And that’s because both of the sides are lacking in form and quality, which means that odds for this kind of a game will undoubtedly be high.

Both Hoffenheim and Shakhtar have failed to secure a single victory so far from 4 rounds in the group stages; the former has 3 draws and 1 loss, while the latter has both drawn and lost twice. Online sportsbooks in Germany are giving Hoffenheim better odds to win the upcoming match, and rightfully so. But we wouldn’t be surprised to see the result end in a draw with goals.

And the final match that we’ll cover for Tuesday’s encounters concerns Group H; Juventus have already practically ensured their qualification to the next phase of the competition, which leaves second-placed Man United to fight it out with the rest for the right to qualify to the last 16.

Jose Mourinho’s men have collected 7 points, from 2 wins, 1 draw and 1 loss, but Spanish side Valencia are breathing down their backs in third place with 5 points. The Red Devils have beaten the Young Boys 3-0 in the first match, but subsequently they’ve failed to clinch victories against Valencia and Juventus at home in front of their support.

Will pressure get the better of them in round 5? Or will Mourinho manage to find a winning formula against the Swiss side? This time we’re going to place our bets on the latter option, based on the first encounter the two sides shared.