Bet on Kramnik to Win the Tata Steel Chess Tournament 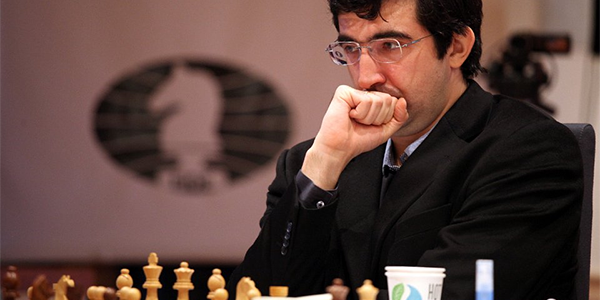 The 80th edition of the Tata Steel Chess Tournament will take place this January in Wijk aan Zee in Netherlands. And guess what! Karamink has officially received his invitation by the Organizing Committee to be part of the competing participants. That is good news for him and greater news for punters interested to bet on Kramnik.

After earning his invitation to of the Tata Steel Chess thanks to his recent ranking in November as the 7th best chess player in the world for 2017, Kramnik Vladimir has also earned the rubric on many online gambling sites articles “bet on Kramnik for the Tata Steel Chess”.

Kramnik is much more than just a player in the world of Chess. According to many chess players, he has brought a lasting contribution to the game. Garry Kasparov says that he has remarkably “shaped opening theory in chess.” Viswanathan Anand adds that: “You get the impression that for the last 10 years, we (players) have only been using his ideas.”

The online gambling website Bwin estimates the odds for Kramnik to win to be (9/2). This high odd was thanks to his record of winning more than 12 titles and 15 local and international competitions during his career so far. He became the first undisputed World Champion, holding both the FIDE and Classical titles.

It is agreed that he is one of the toughest opponents to defeat, losing only one game in over one hundred games. He won the Chess Oscar two times, the Classical World Chess Champion from 2000 to 2006, the Tournament Linares in 2004, the Chess World Cup 2013, three team gold medals and three individual medals at Chess Olympiads.

“An iceberg” is the nickname associated to Kramnik by Raymond Keene the match director who has been always closer to the players than anyone else. He is “very solid and seven-eighths below the surface. He doesn’t strain,” Keene explains.

Kramnik has notable contestants that he probably should worry about. Namely, Wesley So (6/1), Magnus Carlsen (5/4) and Fabiano Caruana (8/1) and the Indian Viswanathan Anand (20/1). They are also reign the chart as great chess players.

Still a month to go until the announcement of the winner of the most prestigious events in the international chess calendar, the Tata Steel Chess Tournament. You can find online gambling odds now on Bwin to get you started for betting, so make sure to Bet on Kramnik!