Bet On The Next UK Prime Minister Before Christmas

News >Bet On The Next UK Prime Minister Before Christmas 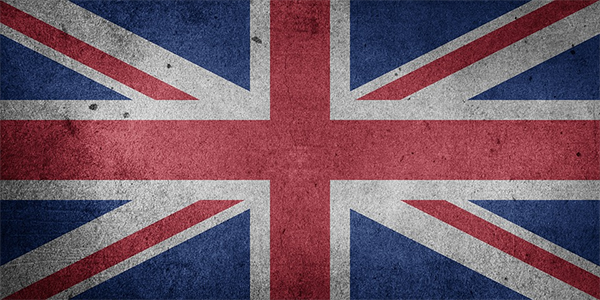 If you’re tired of placing the same old bet on sports in the UK why not check out the odds being offered by sites like BetVictor on politics instead. A bet on the next UK Prime Minister might not be in the same vein as a wager on the English Premier league or on Conor McGregor’s next fight, but with the very extremes of UK politics rising to the surface in the form of Corby and Moggy, it’ll be a battle fought every bit as hard as any EPL derby match top of the table clash.

If there’s one thing you can always bet on politicians to do it’s call for unity. Unfortunately this rings a tad hollow when they spend the rest of their time being as divisive as possible to define themselves for the electorate who, if we’re honest, like simple choices. They cry out for an end to tribal politics then stick on the warpaint and go after the opposing side as if they were Satan’s own minions. The cumulative effect of this polarization means a bet on the next UK Prime Minister is a wager on extremists.

With Theresa May stumbling about in the Brexit mire like a drunk in a minefield, Boris Johnson busy getting British citizens unnecessarily jailed in Iran and the back benches of the Conservative party in open revolt you’d think that any bet on the next UK Prime Minister would have to be on Jeremy Corbyn the leader of the opposition, but if you’re in the UK gambling laws of political averages would see him triumph simply because the government have been seen to be as useless as a chocolate teapot, think again.

The Rise Of The Extremists In UK Politics

The Conservatives are already plotting a life after May (who’ll probably be gone by May) and whilst the Labour party are stuck with the leadership of a throwback to the 1970s, the Conservatives are beginning to coalese around a throwback from the 1870s, Jacob Rees-Mogg. They’re the favourites if you’re going to bet on the next UK Prime Minister at BetVictor, each representing the extremes of their party’s platforms, each as divisive as each other, each as abhorrent to their critics as Harvey Weinstein.

Rees-Mogg is the MP for North East Somerset, a rural seat where a Wicker Man is still thought of as suitable punishment whilst Jeremy Corbyn represents Islington North, a hotbed of rather pretentious urban hippy liberalism. Mogg went to Eton and Oxford, Corbyn to a grammar school. Rees-Mogg met with Steve Bannon to discuss politics, Jeremy Corbyn met Jerry Adams to do the same. Whatever they say then, don’t bet on the next UK Prime Minister to be a uniting force in an already divided nation.

Bet On The Next UK Prime Minister At BetVictor

Bet On The Next UK Prime Minister

BetVictor might give Jeremy Corbyn a slight edge over Jacob Rees-Mogg, the Labour leader getting 3/1 the Conservative highflyer just 6/1, but the bookies have been known to get things wrong, and whilst Boris Johnson sits at 7/1 his recent idiocy probably rules him out, and Amber Rudd is great if you like that sort of thing, but would you really put an 8/1 bet on the next UK Prime Minister to be another Tory woman? It would be a wager on Conservative common sense in a time of crisis. So forget it.

Now anyone in the UK gambling news of this rise of the extremes will just be so much hot air, that the whips of both parties will rush around Westminister and the Houses of Parliament to find a more moderate voice to stick in 10 Downing Street, has probably been watching too much Yes Prime Minister, and the fact is that in a world growing ever more polarized, where the chasm twixt left and right is so huge, any bet on the next UK Prime Minister has to be made on one of two very different men at BetVictor. Good luck.