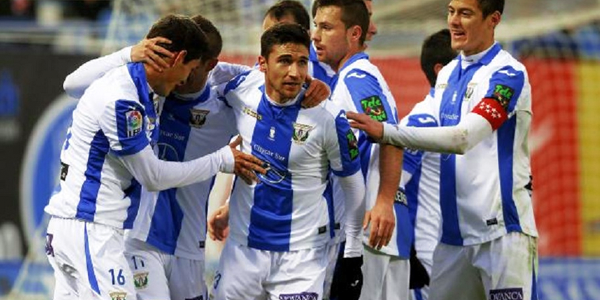 The Spanish La Liga is starting to take shape on the top 4 as we are approaching the midseason, while many teams remain on tight race and they may switch places at anytime. Let us take a look at the midweek games before Christmas. There are some very exciting Spanish La Liga matchday 17 best odds.

Online sportsbooks in Spain are all watching closely the tight race between Getafe and Leganes, as they both share 20 points with Girona. Any miscalculation by the coaches will make either team slip down the line. Las Palmas are also under big threat to be relegated this season if they stay on the very bottom. Every game from now on is on stake, which makes it more exciting to place a bet on Spanish La Liga next. Here you are a preview of midweek games in Spanish La Liga matchday 17 best odds.

Levante are expected to welcome Leganes at their home ground in a last match of the year for the both teams. The hosts were hammered 5-0 by Atletico Madrid in their last league outing on November. If they allow themselves to lose against Leganes, they may slip down closer to the relegation zone. On the other hand Leganes coach Asier Garitano needs to win the three points from the hosts, in order to make up for the three consecutive loses his team encountered in November against top La Liga Barcelona, the runner-up Valencia, and Celta Vigo. It will be a difficult match for both teams, but we expect Leganes to leave with the three points.

Getafe on a tight race with Leganes (Source: Juanjo Martin/EPA)

According to online sportsbooks in Spain the big game on Wednesday, Dec 20, will be when Real Sociedad host Sevilla at the Anoeta Stadium. Last January when Real Sociedad hosted Sevilla they lost badly 0-4. The online betting sites predict Real Sociedad to win the match, but you can bet on Sevilla if you wish, because they are performing well this season placed as 5th until now, and they need to make their supporters forget the harsh defeat at Bernabeu 0-5 by La Liga champions Real Madrid.

The other exciting game will take place at the home ground of Getafe, when they host Las Palmas. Probably the match result is the most predictable one, of course the hosts will win. Las Palmas are in big relegation trouble, and they sacked their coach recently who lasted only two months. The question is how many goals both Jorge Molina and Angel Rodriguez will score.

If you wish to find the Spanish La Liga matchday 17 best odds and earn some midweek wagers, then you may visit Unibet Sportsbook. You can bet there on all three matches and you can also bet on how many goals each game will end.