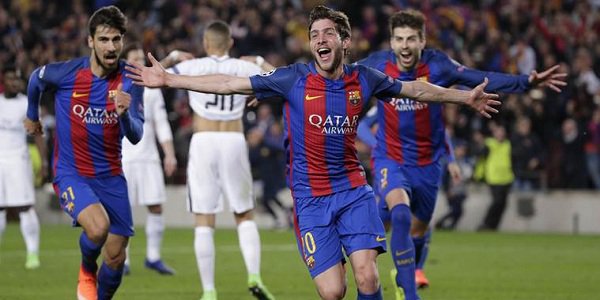 “Impossible is nothing but a big word thrown around by small men”, starts the famous quote. And we can imply that to playing at online sportsbooks as well: whatever seemed impossible yesterday, might seem more than likely today. Let me explain.

Twenty/four hours ago, football fans were eager to see the Barca v PSG derby to see what Messi and his mates will be capable of doing. Because, as we know, the Parisian side trashed Barca by 4-0 on the first leg. Everyone, and by everyone, I mean literally everyone, expected PSG to be capable of keeping such an advantage and qualifying for the Quarter-finals.

It was impossible for Baca to qualify and nobody, probably not even them believed in the success. Especially because they were only leading by 2 goals (3-1) in the 88th minute: they needed 3 more to qualify. In 2 plus a few minutes. It’s impossible, isn’t it? Well, the Catalans are definitely not the small men (let’s disregard from the size) who throw around that word.

Barcelona scored 6 goals in a Champions League Round of 16 match, which itself deserves the qualification. However, we cannot go around the fact that two of those goals were scored from – and I’m being as nice to the dear referee, as possible – at least controversial penalties. And without even one of those, they would still have said goodbye to the tournament.

In fact, Neymar was also shown mercy and a yellow card, which was more of a red when it’s at any other field, against any other team. However UEFA and the football world need heroic stories like yesterday night’s, especially if it’s coming from the good boys. Anyhow, we hope you did consider our Champions League betting tips from yesterday, in which we suggested you to bet on Barca to knock PSG out for 12.00 odds at onlie sportsbooks in Spain.

Bet on Barca to win the trophy!

Today, we will tell you about another interesting Champions League betting line. A few weeks ago, right after Barca were trashed by 4-0 in Paris, sports betting sites around the world pointed out Barcelona as the team who is sure to be knocked out as soon as the second leg ends. PSG’s odds to qualify were rated at 1.08 (1/12) at 188BET.

By today, from chanceless team who are sure to be knocked out, Barcelona became favourites to win Champions League! That definitely is a big change that does not happen every year. Online betting news in the EU can’t stop talking about their impossible comeback. 32Red gave 3.80 (14/5) odds for Barca to win Champions League.