Bet on Champions League This Week: Can Barca Qualify? 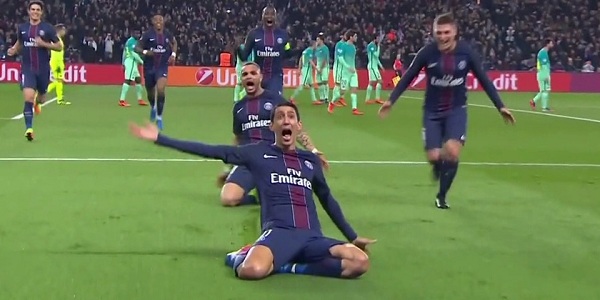 How will you spend your Wednesday night? Will you celebrate International women’s Day, like a true gentleman, or will you be the sports fan you are and bet on Champions League instead?

There is no shame a tall in going for the latter one, don’t you worry! We all understand that. Some big games are going to be played this Wednesday. There might still be some room for excitement if Barcelona will play the match of the season at Camp Nou, while Dortmund v Benfica does have a good potential of being a good match. Bet on Champions League on International Women’s Day!

Can Dortmund overturn the result?

Out of Wednesday night’s two Champions League derbies, Dortmund’s encounter is definitely the more exciting one according to predictions by online sportsbooks in Germany. The German side lost to Benfica 1-0 on the first league, which was quite a surprising final result. However, they will hope to take revenge on the second leg at Signal Iduna Park…

The Portuguese side can prepare for war on Wednesday night because the fans of Borussia Dortmund will do everything to chase their team into victory. Sports betting sites agree with that as well: the odds for Dortmund to win are as low as 1.37 (37/100) at Marathonbet, while the odds for Benfica to win are 10.00 (9/1) at Betfair…

It would be a major blame for the Germans if Dortmund were eliminated from Champions League against Benfica. Not because Benfica were such a bad team, not at all. But Borussia were favourites to qualify according to all betting sites. Despite the loss in the first leg, they still are. Dortmund’s odds to qualify are 1.67 (4/6) at Coral Sportsbook, while those for Benfica are 2.10 (11/10).

What’s going to happen to Barca?

PSG beat up Barca by 4-0 on the first leg. Not many online sportsbooks in Spain would have expected such a result, but the French team were way better than their Catalan rivals, surprising all football fans. It doesn’t happen so often that Barca gets trashed so easily and that they are so powerless against anybody. PSG deserves all applauds.

However, it will be a totally different game in Barcelona. While PSG might think that they already qualified for the next round for 90 perfect minutes in a 180 minute battle, Barca could prove why they are regarded as one of the best teams in the world. Coming back after such a first leg would be more than a miracle but if anybody, it should be them to do that. Them, and Real Madrid, who keep doing things like this in La Liga lately, but that’s another story.