Bet on Derrick Lewis vs Ciryl Gane For the Interim Title 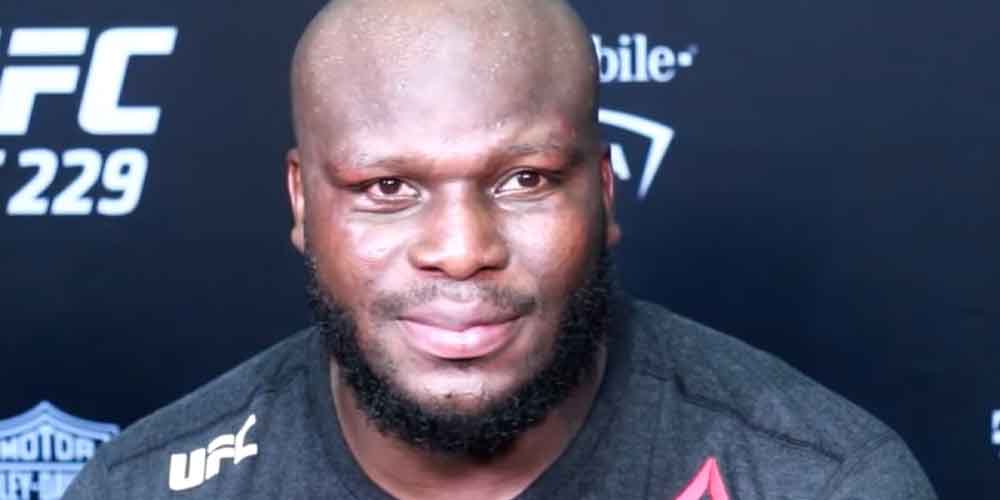 Bet on Derrick Lewis vs Ciryl Gane as the UFC organized the two to compete for the interim heavyweight championship. Both fighters are special in the way they approach the fighting game. For instance, Derrick Lewis is a powerhouse who likes to be patient throughout the fight before landing one big punch to KO his opponent. On the other hand, Gane takes a more technical approach and likes to pick apart his opponent as the fight progresses. Therefore, it will be interesting to see who will triumph as two of the best heavyweights come head-to-head. In this article, we will outline for you the strengths of each fighter along with the early predictions of bookies and fans to help place your betting predictions. Let us know who you think will win on August 8.

The fight between Derrick Lewis and Ciryl Gane will determine who will fight for the heavyweight championship next. This is a fight between two of the top contenders in the UFC heavyweight division. As a result, the UFC has organized the two to fight the interim heavyweight belt. This means that the winner will become the new interim heavyweight champion and will face Francis Ngannou to unify the belts. Although the UFC was slightly criticized for organizing the fight for the interim championship, this bout makes absolute sense. Both fighters are performing to the best of their abilities and are currently ranked as the #2 and #3 in the division. Therefore, it will probably be one of the best heavyweight bouts of 2021. So, who should you pick when you bet on Derrick Lewis vs Ciryl Gane? Let’s find out what early predictions say!

Derrick Lewis is A Scary Man

Derrick Lewis probably possesses the least number of technical skills in comparison with top contenders of the heavyweight division. However, he still one of the scariest fighters in the division which the reason behind his nickname “The Black Beast”. Lewis holds superpowers in his punches that would knock out anyone with a single hit only. This is evident by his MMA professional record of 25 wins and 7 losses. Out of these 25 wins, 20 came by way of knockout. Therefore, he is always looking to land that one clean punch to end the fight. For instance, looking at his last bout against Curtis Blaydes, Lewis was being patient throughout the fight and not expending too much power early on even though he was technically losing. However. Just as Curtis went in for a takedown, “The Black Beast” threw an uppercut that immediately ended the fight.

Therefore, Lewis will be certainly looking to do the same thing coming into his next fight. The real question is, will it be enough to defeat the talented Ciryl Gane? Read through this article to see which one will most likely win before you bet on Derrick Lewis vs Ciryl Gane.

After making his UFC debut in August of 2019, Ciryl Gane has rapidly made his way through into the top of the division. In fact, he faced some of the best fighters the division has to offer. For instance, Gane defeated former champion Junior Dos Santos and Jairzinho Rozenstruik with ease. Additionally, in his last appearance in June of this year, he outclassed the Russian Alexander Volkov. The Frenchman showed that his technical skills are superior to the majority of the other fighters. Therefore, he is expected to become the first French UFC heavyweight champion in the future. However, he must get through one of the biggest challenges in his career so far. Derrick Lewis will certainly be Gane’s biggest test yet, so should you pick the Frenchmen when you bet on Derrick Lewis vs Ciryl Gane? Let’s see what the fans and bookies predict.

Analyzing the fighting styles of both mixed martial artists, they bring significantly different approaches in the octagon. Lewis likes to take advantage of his freakish power in search of a finish, while Gane likes to pick apart his opponents as the fight progresses. However, Derrick Lewis has been previously criticized for the lack of technical skills. As a result, a recent poll on tapology is showing that this will be an easy fight for the Frenchman. The poll results showed that 78% of total voters believe that Gane will win, while only 22% predict a finish for Derrick Lewis.

In addition to the fans prediction, it seems that bookies and online sportsbook sites in the United States expect the same outcome. For instance, at 22BET Sportsbook, the Frenchman opens as a huge favorite bet on Derrick Lewis vs Ciryl Gane with odds equal to 1.21. On the other hand, the betting odds for Lewis to win are 3.72. In addition to predicting the winner, you can also bet on whether the fight will make it into the 4th round or not. If you believe that both fighters will make it to the 4th round then your betting odds are 1.63, but if predict an earlier finish then your odds become 2.20.