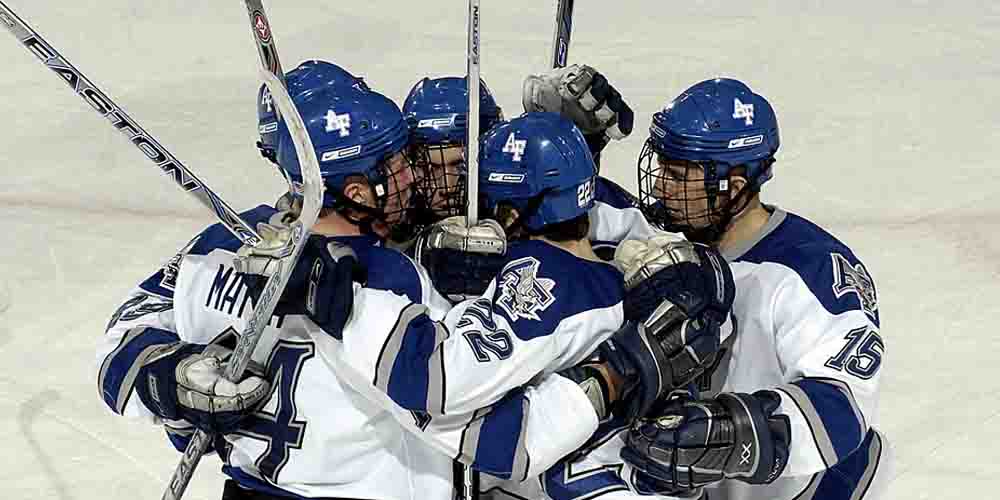 Finland is mad about ice hockey. The sport was first played here in 1899 in Helsinki, initially bearing characteristics of both bandy and hockey. The Finnish Skating Association included ice hockey in its program in 1927, and a year later the first club game took place in Tampere. The country also has a higher per-capita participation rate for ice hockey than any other nation in Europe. With a total of 64,641 registered players in 2018/19, this accounted for 1.2 % of its population. Bet on ice hockey in Finland looks at this year’s Liiga, the top flight of Finnish ice hockey.

Sadly, the 2019/20 season of the Finnish liiga ended early. Regular season matches were not finished, and there were no playoffs or finals. And for the first time since 1944, the Finnish championship was not awarded – no champion was named. The league is now preparing for the new 60-match season, however. Pre-season games started on August 5, and Karpat will face off against HPK for first game of the regular season on October 10.

No automatic promotion or relegation

The SM-liiga, often called the Finnish Elite League in English, is the top professional ice hockey league in Finland. One of the six founding leagues of the Champions Hockey League, it currently has the maximum number of five spots, due to success in previous editions. The Liiga came into existence in 1975 as its predecessor, the SM-sarja, was an amateur competition and as such impeding Finland’s rise to the highest ranks of international ice hockey. Since 1975, the two teams to have won the most championships overall are Tappara +450 and TPS +2600, currently holding 10 titles each.

There was formerly a system of automatic promotion and relegation in place between itself and the Mestis, the second-tier competition in Finland, but this was scrapped in 2000. Various systems of promotion and relegation came back into play between 2005 and 2013, but the SM-liiga abandoned these too. Successful Mestis clubs can now apply for a promotion to the top-flight only if they fulfill specific financial criteria. In 2013, the league changed its name to just Liiga, since when Sport, KooKoo and Jukurit have also joined its ranks.

Since the 2016–17 season, the liiga has featured 15 teams that compete for one of ten playoff spots over 60 regular season games. The top six teams automatically qualify for the quarter-final stage. And like the Czech Extraliga, the 7th-10th seeds compete with each other in a series of play-offs for a chance to earn one of the two remaining quarter-final spots. Read more about last season’s best bet on ice hockey in Finland’s Liiga here Tappara to Revenge Last Year’s Final.

A member of the big 7, Finland churns out NHL talent

Over the decades since the formation of the Liiga, viewership and support for the game have increased dramatically. And so has the level of hockey in Finland. Nowadays the Liiga is considered the joint second strongest league in Europe along with the Swedish hockey league (SHL), second only to Russia’s Kontinental Hockey League (KHL). This is partly evidenced by how the Liiga continually churns out NHL-caliber talent. Big name NHLers such as Aleksander Barkov, Sami Vatanen and Rasmus Ristolainen are all products of the Liiga. And as such, the Finnish Liiga is also very popular at most online bookmakers. So if you are looking for wagering action with a bet on ice hockey in Finland, you will find plenty at our trusted online gambling sites in Finland.

As hockey’s popularity in Finland has skyrocketed, so has the country’s success at international level. The Finnish men’s national ice hockey team, or Leijonat (the Lions in Finnish), is a member of the “Big Seven”, along with Canada, Russia, the USA, Slovakia, Sweden, and the Czech Republic. At the 1995 World championships Finland won the gold medal, beating Sweden 4–1 in the final. In the 2006 Winter Olympics Finland won silver, this time losing the final 3–2 to the Swedes. After the competition, Finnish netminder Antero Niittymäki was named tournament MVP (having conceded only 8 goals), and Teemu Selänne the best forward of the tournament. And at the 2014 Olympic Games in Sochi, Russia, Finland finished with the bronze medal, knocking off the US squad in a 5-0 trouncing.

Bet on Ice Hockey in Finland – this season’s Liiga contenders

So who are the contenders for the crown this season? The current champion is Kärpät +400. Kärpät are based in Oulu, and have played in the Liiga since 1986. Since 2004, they’ve been by far the most successful team in the Liiga, winning 8 Liiga titles.

Odds on top half of Liiga at NordicBet Sportsbook:

Joint second favourites HIFK +450 traditionally represent the Swedish-speaking community in Helsinki, although they also have many Finnish-speaking supporters. They were previously involved in Finland’s biggest local derby, with rivals Jokerit, the wealthiest and best-supported team in the country. Jokerit, however, have moved on to play in the KHL, which unfortunately brought an end to the regular Helsinki derbies. The last game was a special occasion, with 21,000 fans turning out for the game at Helsinki’s Olympic Stadium. Before the match, the all time score was tied at 105-105 – so HIFK’s 2-1 victory finally gave them the decider.

Tampere, around 180 kilometres North of Helsinki, is rich in its hockey heritage. It is also home to two teams, as well as the Finnish Hockey Hall-of-Fame. The local rivals here are joint second favourite Tappara +450 and Ilves +1000. As with Jokerit and HIFK, Ilves and Tappara share the same rink. But despite the heated rivalry between the two, derby matches don’t quite compare to the ferocity of HIFK and Jokerit in Helsinki. The teams have loyal supporters, however, and Ilves v Tappara matches always provide great entertainment for spectators and an entertaining opportunity to bet on ice hockey in Finland.

Betting on the fastest game on Earth

Unsurprisingly, ice hockey is most established where winters are colder, flourishing in places like Canada, the United States, Northern and Eastern Europe. And in these areas especially, ice hockey is also very popular with sports bettors. Ice hockey is known as ‘The Fastest Game on Earth’, and it is indeed difficult to find a sport that is faster, more physical or delivers more excitement. Few sports on Earth can compete with the blend of speed, agility, power and skill that a high-level ice hockey game between two fierce rivals brings to the table.

It also brings the same league and cup formats as sports such as soccer, and so offers very similar betting markets. As a result, virtually all the soccer betting markets you are familiar with also apply when you bet on ice hockey in Finland, or any other country. They include, for example, outright winner (game, League or Cup), first and next goalscorer, both teams to score, and goal totals over/under etc.

A popular bet is the the ‘puck line’, the hockey version of traditional ‘spread’ or ‘handicap’ betting. Bookmakers give the favourite and underdog a point spread, with a typical puck line of 1.5. The underdog receives a +1.5 goal puck line handicap, and so must not lose by more than two goals for the bet to pay out. The favourite receives a -1.5 goal puck line handicap, and so must win by at least 2 goals. It’s a riskier bet than straight moneyline betting (head to head without any handicap), but the odds increase, making it’s potentially more lucrative. So once the Liiga gets underway, why not visit online sportsbooks in Finland to see what markets you can find, and enjoy the action.

You can discover more about NordicBet Sportsbook here.