Bet on Jennifer Carpenter to appear in Dexter 9

News >Bet on Jennifer Carpenter to appear in Dexter 9 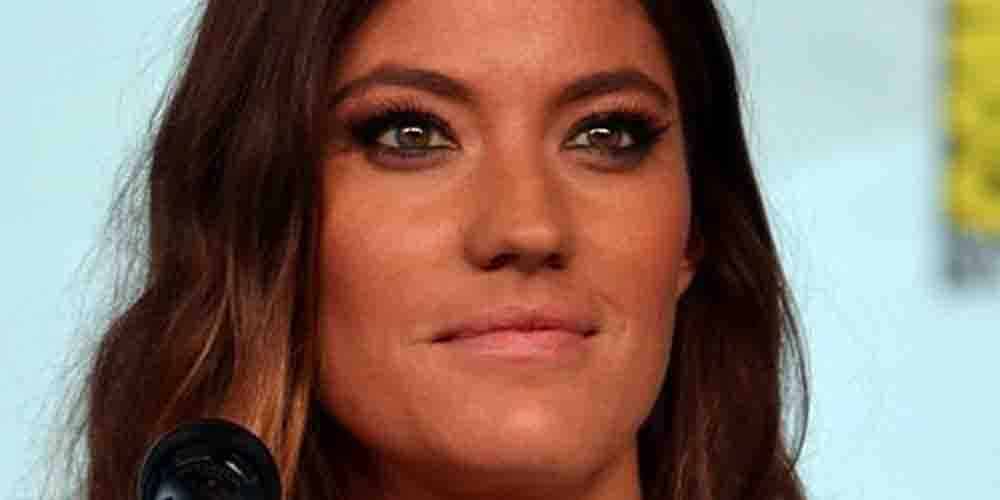 Dexter almost immediately became an iconic show for Showtime, thanks in large part to its charming anti-hero as the leading character. The show is about a maniac killer who realizes his instincts to hunt down other killers, and at the same time tries to live a normal life. One of the most disappointing parts of Dexter was its finale. Indeed, the latest episode is still rated 4.6 out of 10 on IMDb. When you look at the statistics, this is one of the most negatively received recent episodes in TV history. Therefore, now the authors have a chance to fix their mistakes. The new season is coming soon. Moreover, you can bet on Jennifer Carpenter to appear in Dexter 9.

What is this series about?

Let’s first remember what Dexter is about. The series Dexter was launched in 2006 as a screen version of the novel of the same name by Jeffrey Lindsay “Dormant Demon Dexter”. The show about a forensic expert who serves in the Miami police during the day and “works” like a maniac at night gained unprecedented popularity among the public. Besides, the critics noted the first seasons as original and rich. According to most viewers, the series experienced the peak of public interest in the fourth season. It was the time when Dexter Morgan confronted a serial killer nicknamed Trinity with an unexpected final twist.

Further, the show was mired in self-repetition. Unfortunately, the plot twists became more and more far-fetched and stupid. The finale of the eighth season, in which the main character went to rest in the outback and did cause extremely negative responses.The logic of the narrative implied that Dexter would die. The killer took revenge on Saxon for shooting his sister, Dexter herself killed Debra, disconnecting from the life support system and throwing it into the ocean. Finally, Morgan went into a storm on his boat. However, before the end credits, we see Dexter hiding behind a red beard in the forests of Oregon, faking his death and changing his name.

Interestingly, it was in the fourth season that the series changed its showrunner. Indeed, the original author of Dexter meant for his character a completely different and much more unambiguous ending. Clyde Phillips wanted the police to catch, convict, and sentence Dexter to death. The final episode of the series was supposed to show that everything seen by the audience is Dexter’s memories on the last day before his execution in a Florida prison. However, it didn’t happen.

Dexter is coming back on screen: Bet on Jennifer Carpenter to appear in Dexter 9

The Showtime management never concealed that by saving Dexter’s life, they “laid straws” in case of an intolerable desire to return to the popular TV series. Lead actor Michael S. Hall has also repeatedly talked about the return of Dexter, as long as there are good reasons for this in the form of a decent script proposal. However, not so long ago, Hall noted that while he considers the return of his hero untimely. Perhaps, while all the questions are settled, all the shooting will take place and the showing of new episodes begins, then the time will come. Besides, online sportsbooks in the USA offer to bet on Jennifer Carpenter to appear in Dexter 9.Be that as it may, Showtime has already announced the start of work on ten new episodes due in the fall of 2021.

Confirmed a return to his most famous actor Michael S. Hall and, more interestingly, joining the work on the new season of the very same showrunner Clyde Phillips, who dreamed of executing Dexter. Whether everything is going to ensure that they found and punished the maniac. Or whether he will again manage to escape from police pursuit – we will see very soon. Something tells us that shortly all those involved will test the waters. If it seems to them that the audience is interested in continuing, then “Dexter” will be given a couple of seasons to show off. If the idea does not cause much enthusiasm, the redhead will simply go to the scaffold, as planned. Learn more from our article Bets on Series And Movies Explained to be able to give an accurate forecast for your favorite shows.

Bet on Jennifer Carpenter to appear in Dexter 9

Dexter is a series that Jennifer Carpenter calls her “guilty pleasure.” In the center of the plot of the famous Showtime TV series is the Miami police forensic scientist Dexter Morgan (Michael S. Hall), who turns out to be a serial killer. Carpenter played one of the main roles in the series – Debra Morgan. Indeed, she is Dexter’s sister, who finds out about her brother’s secret “hobby” only by the 7th season. At first, Carpenter could not believe in the success of “Dexter”. However, he later admitted more than once that now she wants to play in some kind of comedy. “My dream is to film with Woody Allen, where I could still sing,” – said the actress.

The last season of “Dexter” was released in 2013. Meanwhile, two years later the actress was invited to the main role in the series “Areas of Darkness”. The latter is a crime story that became a sequel to the acclaimed film of the same name as Bradley Cooper. Jennifer Carpenter, who plays police detective Debra Morgan may return to Dexter, a special season 9 airing on Showtime in the fall of 2021. John Lithgow, who played the serial killer Arthur Mitchell, or Trinity, told the publication about the appearance of the Carpenter’s heroine (Debra Morgan). Dexter killed this character. Thus, in the new season, Trinity will appear only in flashbacks. Check all the bets on Dexter 9 in 1xBet Sportsbook to make real money in no time.

What will happen to Debra Morgan?

The thing is that Debra died in the finale of the 8th season. Indeed, Dexter, at her request, disconnected his sister from the artificial life support system. To which she was connected after a forced operation. Deb dies in front of her brother, and he decides to bury her at sea. According to Variety, there are no details about Jennifer Carpenter’s participation in the new season yet. However, given the events that took place in the final episode of season 8, it can be assumed that fans should not expect anything other than flashbacks.

However, in January 2021, we found out that the role of the main antagonist Kurt Caldwell, the mayor of the fictional American town of Iron Lake, will go to Clancy Brown in the 9th season of “Dexter”. According to the official synopsis, residents idolize Kurt Caldwell. Kurt’s father owned oil rigs, and the mayor himself currently owns a truck stop. The authors of the series call this character very influential. The new season of the detective drama, which ran from 2006 to 2013, will receive ten episodes. Besides, Michael S. Hall will continue to play the lead role. The premiere will take place for the 8th of November. Therefore, we have plenty of time to bet on Jennifer Carpenter to appear in Dexter 9 in 1xBet Sportsbook.