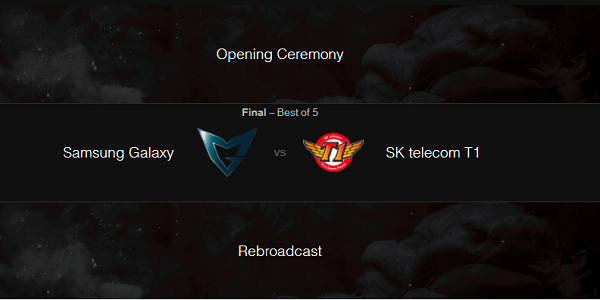 The League of Legends World Championship 2017 is to be finished tomorrow. Who is more likely to win?

No surprises have really happened at League of Legends World Championship 2017. Both SK Telecom and Samsung Galaxy have made it to the final, just as it was expected by all online sportsbook news sites in South Korea. The two best League of Legends teams in the world will face each other tomorrow morning (8AM CET)

They will play at most five matches against each other. The winner will be decided in the Best of 5 system, so whoever wins 3 games, wins the main prize as well as the golden medal, as it is deserved for the best pro LoL team in the world. But which team is the better one? Who is expected to win and which of them is the underdogs? Check it out with us!

What do online sportsbooks expect from tomorrow’s final?

If you want to bet on Samsung Galaxy to win because you believe in surprises, then go for the 2.60 odds. And don’t forget the fact that you can bet on many other events in connection with the upcoming LoL World Championship 2017 final. Bet on number of total games, correct score and many other markets! Take a look at the latest review about Vbet Sportsbook to find out all about your options!