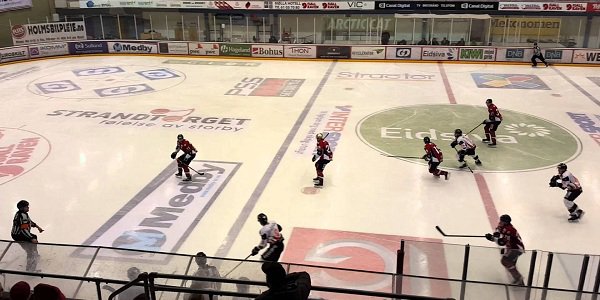 This is your last chance to bet on Norwegian ice hockey league this season, so you better take a look at the best odds for Stavanger Oilers vs Frisk Asker game!

I would be lying if I said that online sportsbooks in Norway are expecting a tough battle between two teams of similar strength. In fact, the odds are obviously in favour of Stavanger Oilers. Not without a reason: they reached the playoffs by winning the regular season this year and they keep on showing convincing form ever since.

On the other hand, Frisk Asker have finished in the 4th place at the end of the regular season. However, they have shown significant signs of improvement in the playoff rounds. They reached the final upon eliminating Valerenga and then Lillehammer. The Oilers’ Opponents were Stjernen and Sarpsborg and they knocked both out easily by 4-0.

The Oilers are clear favourites…

Staanger Oilers are clear favourites to win GET Ligaen. Online sportsbooks like NetBet set the odds for Stavanger Oilers to win the trophy at 1.25 (1/4). Their chances of winning the first match are a bit worse than that: 1.45 (9/20). If you think Frisk Asker can win the first match on penalty shootout, you can bet on that for 19.50 (37/2) odds!

Defeating Stavanger Oilers would be a huge thing to do but as we can see, Frisk Asker are not likely to be capable of doing so. The Oilers have been the champions of the Norwegian ice hockey league consecutively from the season 2011-12. This could be their 6th in a row. Norwegian hockey fans can only hope for an exciting Stavanger Oilers vs Frisk Asker derby, but we can count on something else based on Norwegian ice hockey betting predictions…