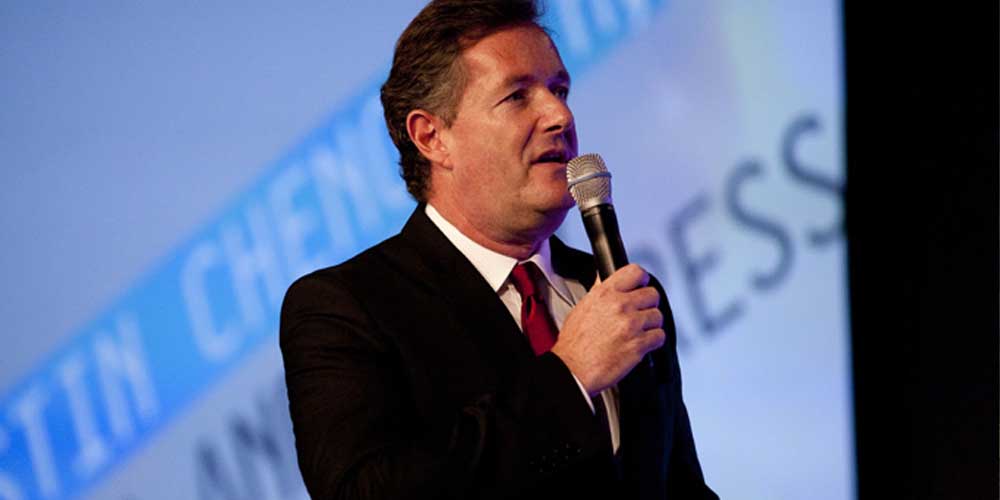 The British TV star Piers Morgan presumably considers making a career shift in the near future from the media to politics. The options are currently wide open and there is no clear path of what position he will seek. Thus the bookies are offering to place a bet on Piers Morgan to run for a mayor, a member of parliament, or even a prime minister.

“As for politics, listen, if it is my turn to serve, and the people want me, who am I to ignore the will of the people?”

Morgan is well-known for his long career in the media. He rose to stardom when he became the youngest editor of a national newspaper in the country in the 1990s. Later he hosted his own TV shows like Piers Morgan’s Life Stories and Piers Morgan Live. People around the world know him for his role as a judge at America’s Got Talent and Britain’s Got Talent.

Being on TV day in and day out certainly won him a lot of fans, thus future votes, as per online sportsbooks in the United Kingdom. And since he is not opposed to the idea of serving in a public office, you can bet on Piers Morgan to become a political figure. But what are his chances of winning?

Bet on Piers Morgan to become an MP

Piers Morgan’s chances to sit in the House of Commons value 33/1 at 22BET Sportsbook. However, before running in the general election, Morgan has to join a political party. As for now, he is independent. But, he previously voted for the Conservatives, the Animal Welfare Party, and the Labours, according to LBC.

There is another option, which is Morgan forming his own political party with 10/1 odds. It is an exciting idea, and he already has some thoughts of what he wants to change in the country. He already vowed to plead with Her Majesty The Queen to strip Prince Harry and wife Megan of their Royal titles. He also would like to campaign for ordering two hours of compulsory sport in schools to fight obesity.

What about running in London mayoral election?

The next London mayoral election is scheduled for 6 May 2021. There are leading candidates including the incumbent Sadiq Khan and the independent challenger Brian Rose. You can check all the favorites at the 2021 London mayoral election betting odds. Unfortunately, Morgan is not on the list of candidates. But, he may think of running in the future, perhaps in 2025, and win with 25/1 odds.

Many online sportsbook news sites in the United Kingdom have come up with a slogan recently ‘PM for PM’. This is an acronym of Piers Morgan for Prime Minister. But, his chances are very slim with 999/1 odds.

If you want to bet on Piers Morgan to make a huge upset, then think of no other than former President Donald Trump. Morgan may think of trying to repeat Trump’s experience in the United Kingdom. That will be exciting, no doubt. If you wish to see all the best politics odds in the United Kingdom, check out our review about 22BET Sportsbook.