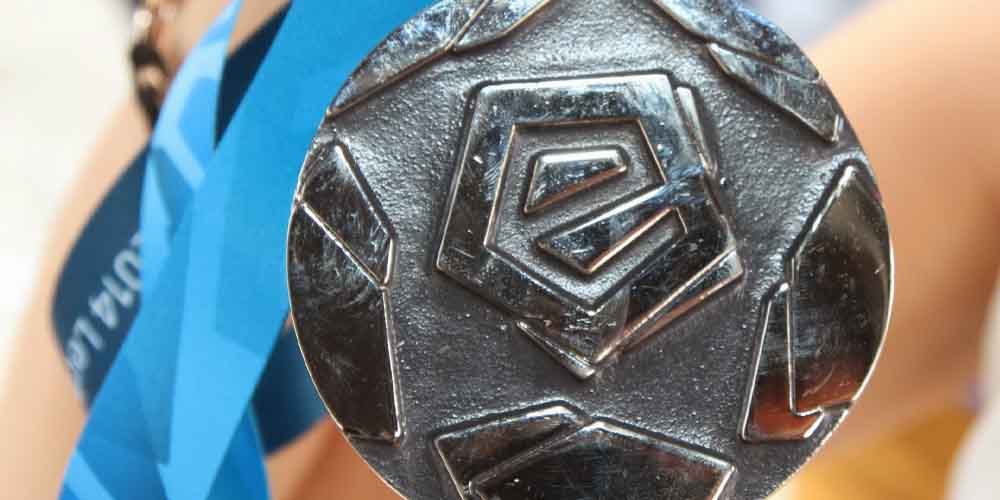 The Polish top league will also continue at the end of this month with the 27th round. With only four games left to play in the regular season Legia Warsaw are leading the league 8 points ahead of Piast Gliwice. Bet on the Polish Ekstraklasa, let’s see the odds for the main games.

The first division of Polish football is similar to the Czech League in its system. 16 teams compete here as well first in the regular season, then in a playoff system. The first eight teams will play in the championship round, while the last eight continue in the relegation round. All teams play 7 more games to decide on the winner and the relegated teams. At the moment Legia Warsaw leads ahead of defending champion Piast Gliwice and Cracovia.

After the break the Polish football league will continue first with two games next Friday. 4th-place Slask Wroclaw will host Rakow Czestochowa with the home team being the favorite by online sportsbooks in Poland. They have the odds of 2.15 at the bet365 Sportsbook while the guests’ victory has the odds of 3.10. Wroclaw are still fighting for the championship or at least a podium finish, which would be a big improvement on their last season’s result, when they finished 8th.

One of their biggest rivals, Zaglebie Lubin will visit the home of Pogon Szczecin, where the hosts are the favorite. Szczecin are in 6th place at the moment, but only a point behind Wroclaw, so a victory would be very useful in order to achieve a great result in the end. They have the odds of 2.00 to win, while Lubin’s odds is 3.20 at the bet365 Sportsbook. The guests are only in 11th place, and they need to concentrate in the next few games to avoid relegation.

On Saturday three more games will take place, including a game between Lech Poznan and Legia Warsaw. Poznan is one of the oldest clubs in Poland, with its best period in the 1980s and 1990s. They won the league 7 times, last time in 2015. Last season they only finished in 8th place, so surely they want to get a better result this year. They are currently in 5th place, but with the same points as 3rd-place Cracovia. But Poznan won’t have an easy job as they host the current leader Legia Warsaw. Online gambling sites in Poland are slightly favoring Warsaw to win with the odds of 2.40, while the home team has the odds of 2.80.

Legia Warsaw have a comfortable, 8 points lead ahead of Piast Gliwice and the rest of their pursuers. They can win their 14th title this season and the chance to play in the Champions League qualifiers. But they still need to focus and collect points to finish on top at the end. Piast Gliwice will host Wisla Krakow, where the home team is the clear favorite with the odds of 1.85. There are more games available if you want to bet on Polish Ekstraklasa with two more games on Sunday and one game left for Monday evening.

To see all the odds just visit bet365.