Bet On The 2024 Olympic Hosts Being Budapest Not Paris 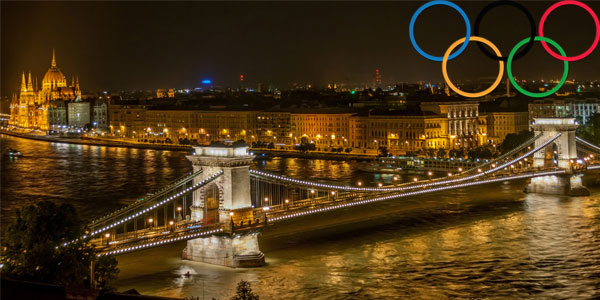 As the Rio 2016 Olympics stagger over the finish line having been every bit as successful as Brazil could have hoped, we look ahead not to the closing ceremonies of these games but the opening ones of future victims in this overly expensive practical joke that has now got way out of hand. Just who is in contention to host the 2024 games? Who should you bet on the 2024 Olympic host being?

With Rio now all but done the Olympic circus of expenditure will move on to Tokyo for the 2020 games where the usual cycle of protracted chaos followed by conspicuous success will start all over again. Naturally some things will be different in Japan – I can’t envision them booing people, can you? – however I suspect we’ll still have to sit through the horse-taming, the golf and those idiots playing handball* again and we shouldn’t bet on the 2024 Olympic host being any more discerning, alas.

Of course if you are going to bet on the 2024 Olympic host city you should be aware that although everyone likes watching the games, hosting them is an expensive pain in the infrastructural nodes (as it were). There are precious few takers for the Winter games these days and the empty seats in Rio won’t have made anyone in France, Italy, Hungary or the US gambling news of their city winning will be forth coming in 2017 very happy. If you can’t make money back from ticket sales what hope is there?

Not that anyone expects to make a profit from hosting the Olympics, however much one is promised, but there have already been refusals as referendums (or referenda – you decide) in some potential host nations have voted down the games coming at all. Hamburg notably left the running that way, and the four left may still yet dwindle further for various reasons. Indeed I wouldn’t rush off to bet on the 2024 Olympic hosts being Paris any time soon. It’s not that it isn’t a fabulous backdrop, it’s the terrorism.

That whole “state of emergency” gets extended with every attack, and do you really think the attacks are going to stop any time soon? Don’t look at me like that. You know I’m right. Sure, they might beat back the forces of evil terrorism any day now, but how’s that been going for everyone else that’s tried it over the years? The IOC aren’t going to want to risk it, and so perhaps Paris whilst currently the favorites is only a horrible tragedy away from not being in the running at all, despite those odds.

Of course you could squeeze by the ridiculous US gambling laws and bet on the 2024 Olympic host being Los Angeles, but you’d have to be awfully optimistic. Even at 3/1 they’ve little hope. The time zone for TV audiences is too much akin to Brazil and Japan, the great green back won’t be able to buy them the support as the IOC gets examined for its corruption more closely and anyway every time the Olympics goes to America it’s a disaster. The Olympics runs on public transport and the US doesn’t.

LA is a tough sell for the games, but there’s always a possibility (photo: fastcodesign.com)

So then if you’re going to bet on the 2024 Olympic host you’ll be picking Rome, right? Well wrong, actually. Despite getting 3/1 odds they’ve not a hope in hell. The new Mayor of Rome is disinclined towards the idea and without their enthusiastic support the bid is pointless. So that just leaves Budapest the current 10/1 shot, and capital of Hungary, a nation seemingly determined to name all streets in every village, town and city after the same three dead people to confuse foreign invaders.

If you’re apt to bet on sports in the US backing the city on the Blue Danube to be the winner may not be a bad little wager. With fewer security concerns in Hungary (who can’t have a referendum on the subject after a court ruling), less American showbiz hutzpah, and a host city mayor that actually supports the aim of the game, who can say that the Hungarians won’t build on their Olympic success at Rio 2016 and pull out a bid the IOC simply can’t ignore. After all, stranger things have happened. People play handball.

* Either play five-aside football or learn to swim and join a water polo team, your game of catch disguised as a sport is a waste of everyone’s time.