Bet on the Winner of the Tour of Flanders, the One-day Classics in Belgium

News >Bet on the Winner of the Tour of Flanders, the One-day Classics in Belgium 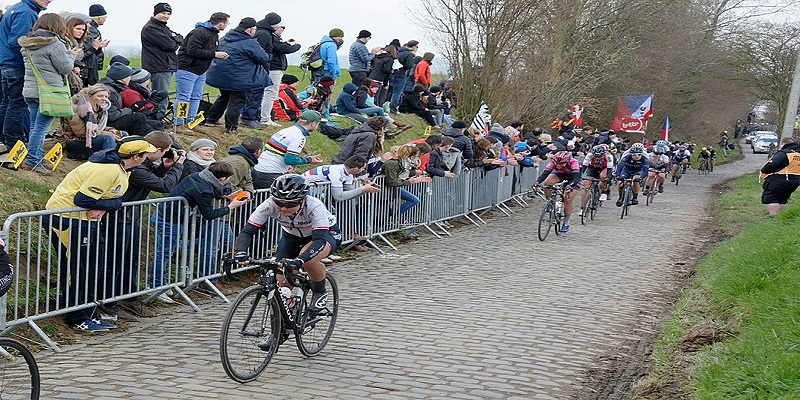 The Tour of Flanders is part of the UCI World Tour, which is a top-level tour for elite riders. It is one of the five biggest one-day classics along with Milan-San Remo or Paris-Ribeaux. Last year Italian Alberto Bettiol won the race, bet on the winner of the Tour of Flanders now after checking out the biggest favorites.

The Tour of Flanders is famous for its cobbled roads, which feature several parts of the road. The biggest teams are taking part in the 266km long race with more than 100 years old history. Belgian riders are generally doing great on home soil, having most of the wins, 69 exactly so far. Last year though the winner was from Italy while this year a Dutch rider is the biggest favorite.

Online sportsbooks in Belgium are giving the smallest odds for the win of Mathieu van der Poel with 3.50. Van der Poel is the Dutch National Road Race champion from 2018, also a three-time world champion in cyclo-cross. Last year he finished fourth in the Belgian race, just 17 seconds behind the winner. He also managed to win three stages at the Tour of Britain, and other smaller one-day races. We will see if he can achieve an even better result this year.

But he has to face real top riders, like Slovakian three-time world champion Peter Sagan. It’s hard to mention all his victories, but let’s see the main ones. He won the points classification, or as it might sound more familiar, the green jersey 7 times at the Tour de France,  besides 12 stages. He also won four stages at the Vuelta, the overall classification at Tour de California and Tour de Pologne, and one-day classics like the Paris-Roubaix and also this race, the Tour of Flanders. No wonder he is one of the favorites to win again, his odds are 6.50 at Unibet.

Other favorites who can win

Online gambling sites in Belgium are also mentioning another great rider, Julian Alaphilippe in the favorites. The French has also got great results from the Tour de France, winning the mountain classification, aka the polka dot jersey in 2018 besides 4 stage wins. He won the overall at Tour de California and also at Tour de Britain last year. Alaphilippe has some success with one-day races as well, finishing first on last year’s Milan-San Remo race. His odds to add this race into his victories now is 9.00.

If you want to bet on the winner of the Tour of Flanders, you have to take into consideration a local cyclist, Wout van Aert as well. His name might not sound so familiar, but he is a very talented rider and also a three-time cyclo-cross world champion. He was taking part in the Tour de France last year and managed to win a stage with a great sprint at the finish. But unfortunately, he had a crash during the time-trial stage where he suffered serious injuries. He seems to be recovering now, as he was already racing at the 2020 cyclo-cross world championship a few weeks ago. If he can get fit by the time of the Belgian race, he can cause surprises to everyone.