Bet On Top Football Derbies at the Weekends 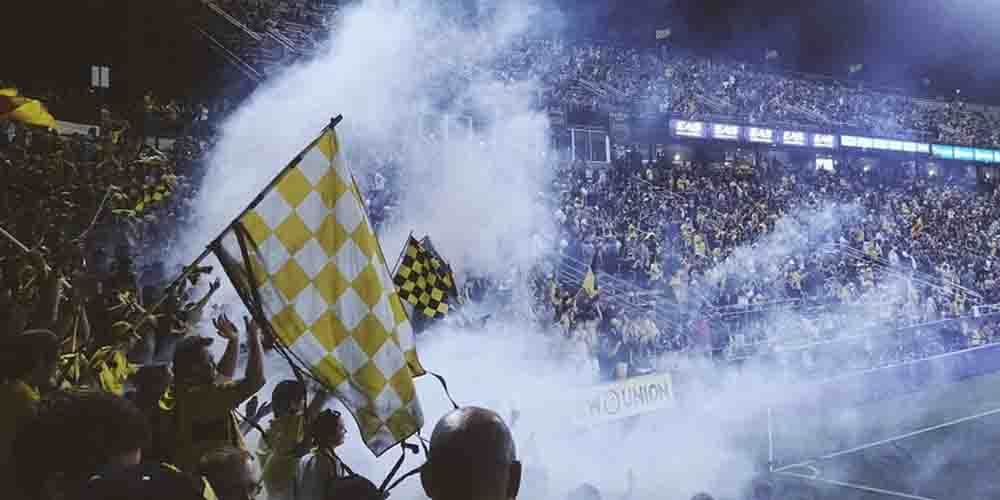 Football fans really can’t complain about the number of games these days with rounds held almost every day now. But this weekend real top games wait for us including the Manchester and Madrid derbies. Bet on top football derbies at the weekends now and find their odds and favorites below.

In England fans can watch the Manchester derby this Sunday, which promised to be one of the most exciting games of recent years. As both teams are playing superbly this season and fighting for the title. With City leading the Premier League 8 points ahead of the Red Devils. Before this game, on Saturday another top game will take place in Germany when Bayern Munich will host Borussia Dortmund. Even though Dortmund are well behind the champions, with Haaland and Lewandowski being in the field we should expect plenty of goals. While in Spain Atletico Madrid and Real Madrid will meet in the Madrid derby. With no classic derby in Italy the Inter vs Atalanta match can bring the biggest excitement on Monday night.

Pep Guardiola’s team has been in superb form and on a 21-game winning streak in all competitions. City are leading the Premier League 15 points ahead of Manchester United, who are currently in 2nd place. It looks certain now that City will win the title again, for the third time in the last four years. So it’s not surprising that online sportsbooks in the UK predict their win on Sunday with the odds of 1.53.

Still, it’s a kind of derby where any result is possible. As Manchester United are finally back in form his season. They only suffered four defeats in the PL so far, while they drew with City, Liverpool and most recently Chelsea too. It is also a possible result on this game even though the odds are quite high, 4.33 for that. Of course, it won’t be an easy job to stop City’s forwards, Gabriel Jesus or Riyad Mahrez from scoring but United defenders can do that. But scoring against City might be a difficult task even for Marcus Rashford or Bruno Fernandes as they’ve already struggled to find the net in the games against the top 6 clubs.

It’s the opposite situation in the top game of the Bundesliga this weekend where Bayern Munich will host Borussia Dortmund. It’s almost certain that fans can see plenty of goals in der Klassiker, where the champions are the favorites to win with the  odds of 1.60. Hansi Flick’s side is leading again but only two points ahead of RB Leipzig. So they need every point and will aim for the maximum on Saturday. But it won’t be an easy game against Dortmund who won their last three games confidently.

Including their quarter-final against Borussia Monchengladbach on Tuesday which they won with the goal of Jadon Sancho. The English youngster is in top form just like the Norwegian top talent Erling Haaland. But as we all know, Bayern had their own superstars like Robert Lewandowski and Thomas  Muller, who can score any time. Dortmund’s odds to win the game are 5.00 but the odds for both teams scoring are only 1.33.

If you’d like to bet on top football derbies at the weekends, you can’t miss the Madrid derby. With La Liga leaders Atletico Madrid hosting the defending champions, Real Madrid this Sunday. Diego Simeone’s side has been beaten only twice this season, but they suffered one of their defeats from Real. They have the opportunity to take revenge now and beat their local rivals, who are currently in 3rd place in the league.

Online gambling sites in the UK still offer almost the same odds for both teams’ victory. Los Blancos are slightly favored with the odds of 2.62 even though Zinedine Zidane has to deal with lots of injury issues at the team. Dani Carvajal and Sergio Ramos are both likely to miss the game, offering opportunities for Atletico’s top strikers, Luis Suarez and Joao Felix. But Karim Benzema and Eden Hazard can return on Sunday with the latter starting only on the bench. Important game for both sides with the winner making another step towards winning the title this season.

In Serie A one of the biggest games of the next round will be the Inter Milan vs Atalanta match on Monday evening. Where the current leaders will host the 4th-place side. Antonio Conte’s team has been playing well in the last few weeks and managed to overtake the previous leader, AC Milan. They won the Milan derby two weeks ago 3-0. And also won against Juventus back in January. Romelu Lukaku and Lautaro Martinez are in great forms and scored 31 goals in the league so far.

Atalanta have also improved a lot since the beginning of the season and moved to the 4th place. Thanks to their recent victories against Napoli and Sampdoria.  Their fans can hope for goals from Columbian strikers, Luis Muriel and Duvan Zapata. While another organized performance like against Real can help to get a point(s). At home Inter are the favorites though to get the victory with the odds of 1.95. on bet365.