Bet on Tete to Beat Aloyan in the WBSS Quarter-Finals

The up-and-coming talent waiting for Zolani Tete in the World Boxing Super Series is not expected to cause problems to the South African contender. The fight is ideal for gamblers looking for a safe bet—you cannot go wrong with a bet on Tete. 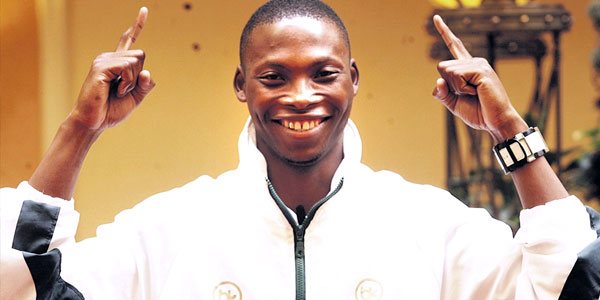 Zolani Tete could easily become the first bantamweight winner of the Muhammad Ali Trophy. Most commentators are foreseeing a clash between him and Naoya Inoue in the finals. And while his road to the final is not guaranteed, his advancement to the semi-finals is all but set in stone.

The reason to bet on Tete

There is a very striking gap between the experience levels of “Last Born” Tete and his opponent in the quarter-finals, Mikhail Aloyan. The latter has turned pro in May 2017 and has only had four fights in his professional career so far. Meanwhile, Tete (27-3-0) is a well-established name and the current WBO bantamweight champion.

“Last Born” has an impressive 70% KO to win ratio. One of those knockouts set the record for the fastest World Title fight in boxing history: he put Siboniso Gonya out cold in 11 seconds last November.

No wonder the best online betting sites in the United Kingdom strongly favor Tete over Misha. At Bet365 Sportsbook, for instance, Tete’s odds for winning are 1/4 (1.25) compared to Misha’s 3/1  (4.00).

What should you know about Mikhail Aloyan?

The Russian fighter also won the bronze medal in the 2012 Olympic Games. He was a silver medalist in the 2016 Olympics but his results were disqualified after he tested positive for tuaminoheptane.

Aloyan may bring a bit of unpredictability to the fight but Tete is more than capable of dealing with that. Adding to doubts about Aloyan is Tete’s height advantage (Misha is 164 cm, whereas “Last Born” is 175 cm). In all probability, September 01 will not mark the rise of a new star but a continuation of the current WBO bantamweight champion dominance.

Betting on Tete might only offer a 1/4 increase, but it is a safe option that you can count on to bring you a few bucks.