Seven Ways To Tell Apple Has Taken Over Your Local Casino

With their share price topping $207.05 Apple became the first company in the world to be valued at over a Trillion dollars it's only a matter of time until the product of Steve Jobs owns everything in the world except Amazon, and if we can just stave off the inevitable war twixt the two to enjoy that dystopian future just what will your local casino look like when it is under control of our new Apple overlords? And could it compete with big bookies like Bet365? We peer into our crystal ball and see. 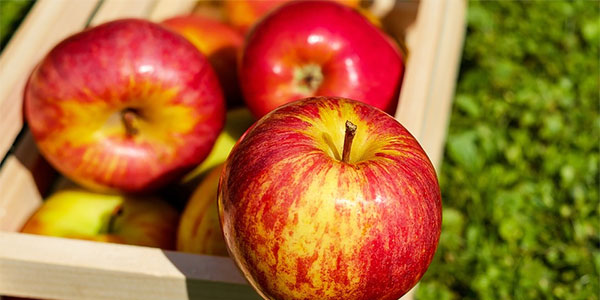 With the environment of your local casino probably taking on the space age looks of the Genius Bar or Apple Store gone would be the tacky hypnotic carpets, the darkened interior and claustrophobic sense of enclosure all to be replaced with recessed lighting, prominent logos and more technology than you can shake a stick at. As bookies moved from their pokey smelly high street stores into the modern age with entities like Bet365, one of the best online betting sites in the UK, so will casino décor evolve.

Obviously Apple don’t like complex so the myriad of games your local casino currently provides will be swept aside to be replaced with far more “user accessible” games that will be similar to the real thing but far more simplistic. Roulette where you can only bet on 1 or 0, video screen blackjack that plays slower than a dead grandmother on an exercise bicycle, and slot machines you need to use plastic keycards to operate. This in of itself may mean the variety of wagers on offer at Bet365 will sustain it.

Apple’s habit of charging a premium on its products due to their looks and logo alone will doubtless be felt at your local casino after their take over. You can, for instance, expect $10 chips to cost $12 dollars, and don’t worry, you’ll be able to tell the difference between these overprices baubles and normal chips because the game chips in an Apple run establishment will have a notch pointlessly clipped out of their top. Fortunately you need only a good set of microchips to bet on sports in the UK at Bet365.

With their hero Steve Jobs now immortalized in the celestial ranks of techno-wizardry for all eternity the staff at your local casino under Apple control will almost certainly take on the appearance of an avatar by dressing as their god did and sport the famous black turtleneck and jeans in which he was always seen. This might remove some of the ambiance for which casinos have been hitherto known but under all those lights that was bound to happen anyway. Expect holograms of him greeting you too.

Once they become masters of the parts of the planet not taken up by Amazon or Google, Apple will no longer need to hide their ghastly production facilities like  Longhua in far away nations with dubious human rights records and lax labor laws, they’ll be able to set them up right next door to your local casino, and indeed if you lose big you too could end up next to a conveyor belt soldering the iphone XX being whipped by a mechanical overseer, a risk you’ll never be asked to run logging on at Bet365.

One of the traits for which Apple is so rightfully known is very sharp business practices when it comes to proprietary cabling and connectors ensuring their customers need spend even more over the odds than on the actual hardware they’ve bought. You can thus expect a local casino run by Apple to include a requirement for proprietary shoes you’ll have to rent just to walk into their establishment, shoes moreover that will be unwearable anywhere else and cause serious injury to life and limb if you try.

7. The Heightened Hubris Is Manifest

Apple took away the headphone jack, put a hole in the top of the screen, and generally behave as if whatever madcap idea they’ve just had should be a religious experience for you and that attitude may well manifest itself in the manner in which they’ll run your local casino, so if you turn up (as one might if taking advantage of UK gambling laws on Bet365) and decide you’ve a particular game in mind you’d like to play, don’t be surprised if their turtlenecked staff direct you where they want you to go.