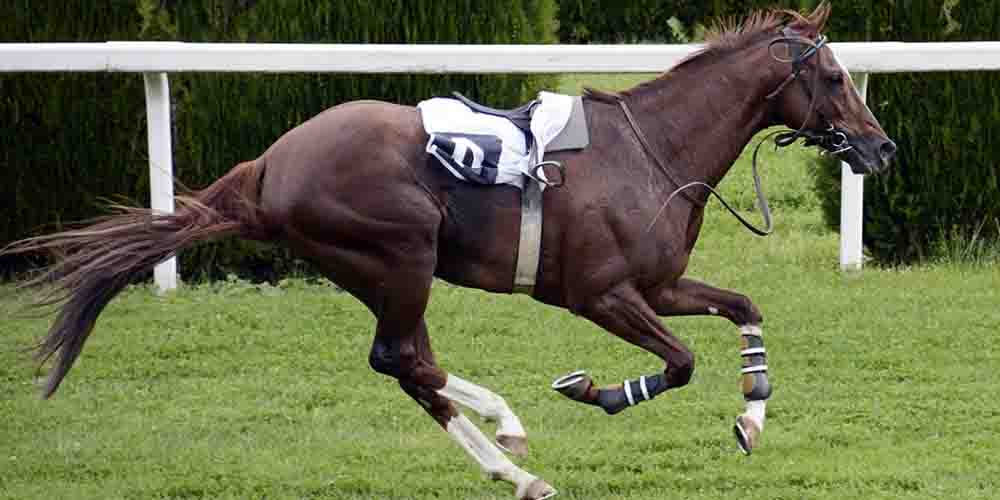 Blacks a Fake wasn’t just a great horse, he was a sporting hero. If he’d been a thoroughbred, he would have been talked about in the same terms as sprinting legend Black Caviar. In 2006, the standardbred gelding burst onto the scene as a virtual unknown when he won the Hobart Inter Dominion final. And while most people thought Our Sir Vancelot’s Inter Dominion three-peat would never be matched, Blacks A Fake went one better. Blacks a Fake Odds look at this year’s race named for the horse who dominated harness racing’s biggest event.

A new-look Queensland Summer Harness Racing Carnival is all set to finish the 2019/20 season in style. Headlining the festival will be Queensland’s only Grand Circuit event for pacers. The $175,000 Group 1 TAB Blacks A Fake will take place at Albion Park on Saturday, December 12. The Summer Carnival will also feature the Group 2 Queensland Cup and the Group 3 Be Good Johnny Sprint.

With Harness Racing Australia recently extending the 2019/20 season to the end of the calendar year, Queensland’s only Grand Circuit event for pacers has thankfully been resurrected. And with the 2020 Inter Dominion Championships postponed until next year, a sensational field could gather for The Blacks A Fake. Reigning champion Colt Thirty One 8 will surely be among the front runners. Rising star Speech Is Silver 26 has been busy making a name for himself, with an impressive12 wins from just 16 starts and a further three placings. And then there’s 2017 winner HectorJayJay. Recently brought out of retirement, he has wasted little time re-establishing himself as among the nation’s best.

Racing Queensland COO Adam Wallish said all roads would lead to Queensland to conclude 2019/20. “It’s a genuinely exciting TAB Queensland Summer Harness Racing Carnival that we’ve been able to pull together” he said. “The presence of the Group 1 TAB Blacks A Fake elevates this year’s carnival and provides one final opportunity for Australasia’s premier pacers to snare a Grand Circuit victory”. The TAB Blacks A Fake is Queensland’s biggest harness race, and a leg of the Grand Circuit, so punters will indeed be happy it has returned as part of the Summer Carnival. It will mean premier harness racing action right in the heart of Christmas party season. And with the talent on display at the moment, it is promising to be a must-watch event.

How Blacks a Fake odds on front runners currently stand at 22Bet Sportsbook:

Australia’s top pacer and joint favourite King Of Swing 3.5 is almost ready for a racetrack return. And the Blacks A Fake is now a major target. Driver Luke McCarthy is thrilled Racing Queensland has opted to run the Blacks A Fake on December 12. Having spent much of his life in Queensland, he’s looking forward to getting back to the Sunshine State. “It’s great timing for us and an ideal target for King Of Swing” he said. “He’s almost ready to go. He’ll trial in mid-July, then we’ll get him back to the races”.

King Of Swing took the harness racing world by storm when he carried off the elite Hunter Cup and Miracle Mile double in February/March. He was rested straight after his spectacular Miracle Mile triumph. “he’s blossomed during the break. He’s bigger and a stronger, a real brute. He’s just furnished into a magnificent horse” McCarthy said. “He’s still got upside. He’s only five and what he did in a short period of time was quite amazing”. In preparation for the Blacks a Fake, he’ll now have a couple of runs at Menangle in August and September, and go to the Victoria Cup in October, after which he heads to Queensland.

Between now and December, you can find Blacks a Fake odds and plenty of waging opportunities at online gambling sites in Australia. And of course, don’t forget there will be live betting action once the Carnival starts. You can also read about one of Europe’s most prestigious trotting events, Sweden’s Elitloppet, won by Propulsion in May of this year Elitloppet 2021 Betting Predictions.

The rockstar of harness racing, Shepparton pacer Lochinvar Art 3.5 is this year’s other joint favourite. And victory this month has certainly put him in the spotlight. He showed that he’s Australia’s most exciting pacer at the moment with a thumping victory in the $300,000 G1 Pryde’s Easifeed Victoria Cup at Melton. He recorded a mile rate of 1.51.4, beating the previous best set by Bling It On 12 months ago by a tenth of a second. The pacer now has the 1720m and 2240m Melton track records to his name and is rapidly approaching $1 million in stakes.

Owner Kevin Gordon predicts that, in five or six-years’ time, his young trainer-driver David Moran will be ranked up there with the best of them. He believes he’s gaining respect in the industry, and he’s earnt it. “The Victoria Cup victory was so exciting, but it’s not life-changing for my wife Leonie and I,” he said. “However, for David, who’s a 34-year-old and not all that long ago wasn’t very well-known, it’s big. He’s wanting to build and to be up near the top, and this horse is definitely getting people to notice his talent”.

Upcoming targets for Lochinvar Art now include the four and five-year-old championship at Melton in mid-November, and providing the state borders open up, they are also looking at the Blacks A Fake in Queensland in December over 2600 metres. And, of course, the 2021 Miracle Mile. “I would just love to qualify for the Miracle Mile, via the Newcastle Mile… If you are going to dream…you may as well dream big!” With that said, be sure to check out Blacks a Fake odds on all the contenders at trusted online sportsbooks in Australia before the Summer Carnival finally gets underway.

You can discover more about 22bet sportsbook here.