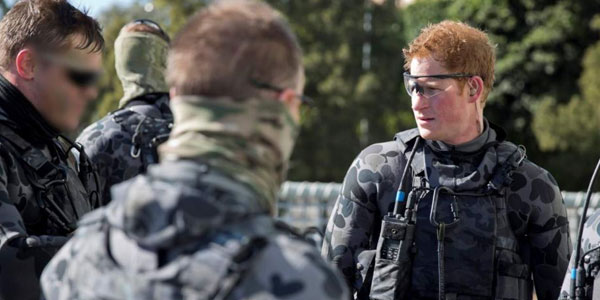 Betting on the name or gender of an upcoming royal child is, in Britain at least, a bit of a tradition, and whilst you’ll rarely find odds on “Xanthe” or “Hermaphrodite” the online bookies (like Bet365) do enjoy, where possible, providing a suitable range of options for royal wagers, which is why you can find odds on who Prince Harry will marry. But should we really be betting on romance like it’s the Ghana lotto?

Who Will Harry Marry?

For those of you not resident in the United Kingdom it may come as a bit of a shock to note that the reputation Prince Harry, younger brother of William, is that he’s the stupid one. Sure, William might be losing his hair faster than Donald Trump can offend people, but at least he’s smart enough to fly helicopters, Harry can just about manage sitting in the front of one aiming a camera at people that leads to their death (just like the press did to his mother) and is therefore perhaps perfect royal wager fodder.

A lot of betting has a random element at its heart and Harry is perfect in the role, running around Vegas hotels naked and dressing as a Nazi for fancy dress parties just minor moments of his idiocy, and these days the media have begun to hound this poor pillock about who he’ll eventually marry attempting to portray him as a playboy much as they did Prince Andrew, Charles’ brother, and if you like to bet on sports in the UK a royal wager on who’ll snag this dim prince of Windsor might be a fun start to 2017.

Andrew, of course, ended up marrying Sarah Ferguson (Fergie as the papers dubbed her) who turned out to be a bit of a nightmare, and there’s a little gleeful hope among the vultures of the tabloid press that Harry too will do something similarly stupid, however I’d not make that a central premise of my royal wager on his future bride because this would probably require Harry to be able to woe the ladies in the same manner his uncle did, and frankly he just doesn’t have the intelligence despite his charm.

Currently Harry is dating Meghan Markle an American actress who is now garnering the sort of attention that killed Diana, age old photo-shoots of her hitting the press just recently, however whilst UK gambling laws will allow you to place a royal wager on her becoming his wife, be cautious, the royal family has a bit of a history with Americans, and despite his dad having been forced to marry someone suitable not someone he wanted, Harry could well be warned off Mz Markle regardless.

The online bookies like Bet365 have taken this opportunity for a royal wager to extremes, of course, offering odds on people no more likely to marry Prince Harry than I am, so that you can back Koo Stark (famous lover of Uncle Andy) to marry him at 500/1 – you’d have to be nuts, but you can do it. Likewise Pippa Middleton and her bottom at 250/1 is a silly bet, and Camilla Romestrand on 66/1 isn’t any better once you’ve dismissed the plethora of 100/1 shots like Sophie Moss and Katie Cassidy.

Closer to the mark, sites like Bet365 are offering 40/1 on Astrid Harbord, Susanna Warren and Emma Watson, although none of the three are likely to go for it. Natasha Howard rolls in around 25/1 and ex-GF Chelsy Davy gets a suspicious 12/1 that might be worth a punt as the “suitable girl granny likes” with Cressida Bonas at 7/1 just behind Mz Markle on a ridiculously short 2/1 however I’d suggest anyone in the UK gambling news headlines will be of her marrying Prince Harry are a little optimistic and probably work in the tabloid press.