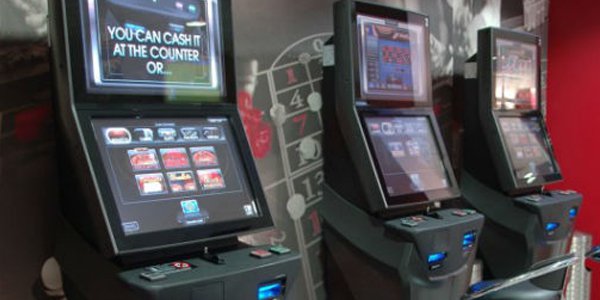 British bookmaker are set to reveal a selection of new measures for FOBTs including time and money limits per single session.

Yes, Fixed Odds Betting Terminals (FOBTs) are back in British gambling news. This time around, operators offering such terminals in their betting shops are introducing compulsory limits on the amount of money gamers can lose and the amount of time spent on the machines in one session.

British gambling laws are to be amended with the above-mentioned restrictions applying to FOBTs, after British bookmakers have agreed to address the growing concerns with what has been dubbed as “crack cocaine” of the gambling industry.

• British gambling laws will be amended to include new FOBTs limits

• The measures are expected to take effect from January 30, 2015

The restrictions are set to be announced today. They will allow punters, choosing to spend time and money on Fixed Odds Betting Terminals located throughout high-street betting shops, to make a choice whether they want to set time limits or monetary restrictions for themselves.

In case punters fail to set such restrictions themselves, they will be required by law to take a break from playing on FOBTs after 30 minutes in one session or after losing GBP 250 in one sitting.

Operators of land-based and online sportsbooks in the United Kingdom have promised to make the restrictions work no later than January 30, 2015. They will be forcing FOBTs players who reach default limits to take a 30 second break before placing the next bet. The upcoming changes will be heavily promoted during the brand new national Responsible Gambling Week, scheduled for the last week of January next year.

The background for changes

The new restrictions are the direct result of the public’s and politicians’ reactions to the bad influences FOBTs have on problem gamblers in the UK. The gambling terminals came under repeated heavy fire from Labour party, and concerns have been raised that the issue can become a political chip during the upcoming General Election.

Back in May this year, the bookmakers were informed that local authorities will receive new, much broader rights, to set the limits on betting shops’ numbers in the UK. British government has also made it clear to the betting industry that there need to be fresh measures to monitor those punters, wishing to spend over GBP 50 on FOBTs during a single session.

Potential implications of the new measures

According to bookmakers themselves, nearly 75 percent of FOBTs players who set their own monetary limits on playing, will stop gambling all-together or at least won’t put in any more money when they reach their set caps.

CEO of Ladbrokes, Richard Glynn, commented that the new changes are regarded as a step towards social responsibility. He said: “It’s a pretty material move forward. The purpose of this is to target individuals who could have a pre-disposition to harm. The industry over the last 6-9 months I think has had a sea change. Social responsibility now sits at the heart of everything we do.”

He was quick to add, however, that only a small portion of FOBTs users will actually meet the GBP 250 and 30 minutes limit. Most of their customers only play for 8 minutes on average and lose about GBP 8 per session.

The executive has called for a “period of stability”, allowing them to test the new measures ahead of any further regulations in the industry, which currently accounts for GBP 2.3 billion in gross value added to the British economy and offers almost 40,000 jobs.

The upcoming limits on FOBTs will be announced before a comprehensive report into the gambling machines, set to be carried out by the Responsible Gambling Trust, scheduled to be published this month.

The measures are a second attempt from the major bookmakers in the country to reassure lawmakers they are very much concerned with problem gambling. Back in September, four of the biggest gambling companies, Ladbrokes, Paddy Power, Gala Coral, and William Hill have created an independent watchdog to oversee companies, which break pledges on advertising of gambling. The companies also reached an agreement to back down on all aggressive promotions offering free bets, before 9 PM curtain on TV.

Having said all that, the new measures concerning FOBTs will still fail to stop all criticism, including the one coming from the Campaign for Fairer Gambling, pushing for total removal of the machines from high-streets.