Brother of Suicide Bomber to Compete at Rio

News >Brother of Suicide Bomber to Compete at Rio 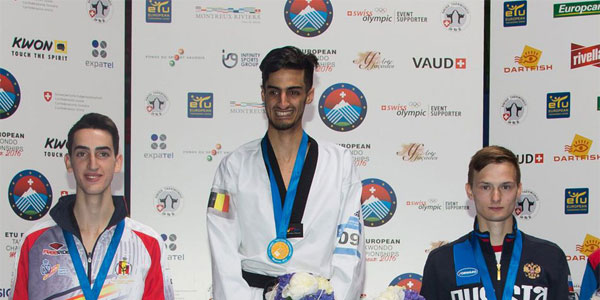 Mourad Laachraoui, brother of suicide bomber Najim Laachraoui, won gold at the European taekwondo championship, so will compete at Rio 2016.

In the Taekwondo world, Mourad Laachraoui is regarded as the “King of the Lightweights”, and he took gold at the European Taekwondo championships. He will compete in Rio, and online sportsbooks reckon he has a good shot at good. Ordinarily this would be the sole focus of his life, but he was recently hit by tragedy: he is the brother of suicide bomber Najim Laachraoui.

Najim Laachraoui blew himself up at Brussels Airport in March, as part of the terrorist attacks that killed 32 people. Najim had no contact with him brother since 2013, but that doesn’t prevent media intrigue into his story and certainly does not stop the distress that someone so close to him could’ve committed such a crime. Mourad, 20, publicly disowned his brother, saying he could never understand his sibling’s actions. He told press, “Our family has the same questions you all have… He used to be a nice intelligent guy. I couldn’t believe it.”

Brother of suicide bomber found sport and they drifted apart

Mourad claims that he had not heard from his brother after he had gone to Syria in 2013, despite attempts to reach him. Before he went to Syria he was reported as being intelligent and friendly, with no signs of radicalisation. The brothers were close as children, but took very different paths: “When we were younger we were close, but as I became more passionate about sport we grew apart.”

Some have suggested that Mourad change his surname, but he claims not to care. In an interview with Le Soir the Belgian paper, he said: “People told me to change my name, but for me that’s not the solution. It’s my name, it’s my father’s name, there’s no question of taking another one.” He also suggested that press interested in his story was unjustified, but unsurprising: “That’s what sells. So I wasn’t surprised.”

Mourad is going for Gold in under-58kg class, despite winning his European Championship gold in under-54kg category. After a successful season, with wins in at February’s US Open and March’s Luxor Open. Head toonline sportsbooks in Brazil to bet on taekwondo and ther events at Rio 2015.