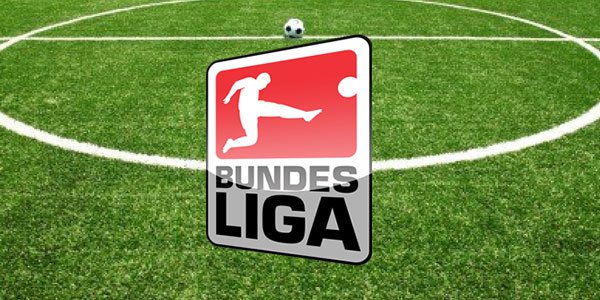 This weekend the German top flight will be different from all the others as betting enthusiasts will be able to lavish in Valentine’s Day and also watch great football action.

German gambling news reports that Dortmund will face Mainz on Friday evening, and after Jugen Klopp’s men have finally won a game after a long series of losses they will be looking to get back into the game. Hamburger will travel to Munchen on Saturday where they will face a difficult test against the current German champions Bayern.

Leverkusen have made considerable progress in recent times and they will have to come up with an affective plan against Wolfsburg, who are 2nd in the league, if they are to continue their current run. And we will also take a look at the game between Moenchengladbach and Koln in what is looking to be a thrilling match.

Dortmund vs Mainz and Bayern vs Hamburger

Dortmund have finally managed to crawl out of last place in the Bundesliga following their win over Freiburg away which saw them score 3 goals against their opponents. They now have a total of 19 points, which is disappointing for a team that once used to challenge for the biggest trophies both in Germany and in Europe.

They will next play against Mainz at home, however it is questionable whether the home side will be able to replicate the same form against their upcoming opponents as they did when they played Freiburg. Bet365 has given Dortmund favorite odds 1.33 (1/3), while Mainz have been dealt outsider 9.00 (8/1) chances due to their record away from home (1 win, 6 draws and 3 losses).

Bayern will host Hamburg at the Allianz Arena on Valentine’s Day so they will have added incentive to put on a good show for their hardcore fans. They are the absolute favorites to win the game 1.09 (1/11) per Bet365, due to their impeccable form and results at home which have seen them win 9 times and suffer only 1 draw. The Bavarians have also scored 28 goals and have let in only 3 while playing at the Allianz Arena.

Online sportbooks in Germany have branded Hamburger as complete outsiders 21.00 (20/1), despite brining in reinforcements over the winter transfer window in the form of former striker Ivica Olic. A draw 10.00 (9/1) is most that the visiting side can hope for however that event is not likely considering Bayern’s home results and Hamburg’s away record (2 wins, 3 draws and 5 losses).

Leverkusen vs Wolfsburg and Moenchengladbach vs Koln

Leverkusen find themselves in 6th place with 32 points so far and over the course of the last 5 games they have notched 1 loss, 2 draws and 2 wins. At home they managed to record 4 wins, 6 draw and 0 losses, however they will next face a challenging test against Wolfsburg, a team that are 2nd in the league and have so far accumulated 41 points, 8 points behind leaders Bayern.

What works in Leverkusen’s favor is that The Wolves have an uncertain away record (3 wins, 3 draws and 3 losses), which is why Bet365 has decided to assign the favorite status to the hosts. Leverkusen have been dealt odds of 2.30 (13/10), while Wolfsburg have been given slightly worse chances of sealing a win 3.00 (2/1). A draw between them has been set at 3.40 (12/5), an event that may also happen looking at the recent results.

Moenchengladbach will play against Koln in what should be a relatively easy match for the hosts. Mobile betting sites believe that Moenchengladbach has the capacity to pull off a win 1.67 (2/3) due to their great run so far this season. They have recorded 2 losses and 3 wins over the last five games and they maintain home record of 6 wins, 3 draws and only 1 loss, which is what makes them favorites.

Koln on the other hand are struggling in 11th position with only 24 points from 20 games. While playing on the road they have notched 5 wins, 1 draw and sizeable 4 losses. Bet365 has decided to earmark them to lose their upcoming encounter 5.00 (4/1) against Moenchengladbach, while a draw between the two has been set at 3.75 (11/4), an event that is not very likely.