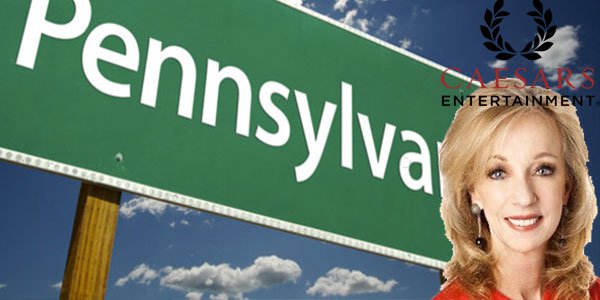 Jan Jones Blackhurst, Vice President of the Caesars Entertainment Group and Ron Baumann, the Philadelphia General Manager of Harrah’s gave their opinion on what they thought about Pennsylvania introducing online gambling, during the hearing at Harrah’s Philadelphia Casino and Racetrack last Wednesday on the question of legalizing online gambling, under US gambling law, in Pennsylvania.

Chairman of the Gaming Oversight Committee, Rep. John Payne, introduced the HB 649 in February. Payne’s bill would allow more people to be able play online poker sites in US as well as casino games, confirmed by the Pennsylvania Gaming Control Board, while Rep. Nick Miccarelli’s bill HB 695 would allow poker only.

Blackhurst also said that if online gambling was made legal then players would be playing in a secure and regulated environment but expresses fear of saturation. Pennsylvania, if an online gambling bill is passed, will join the ranks of Nevada, Delaware and New Jersey where online gambling sites in US is allowed.

Blackhurst made it known to the committee that “Today’s reality is that internet gambling is taking place in all 50 states, almost all of it illegally. It’s an environment that’s ripe for fraud and criminal activity and it provides no tax revenue.” Questions regarding security of personal information and underage gambling were raised, to which Blackhurst said a verification system would be put in place to avoid such dilemma.