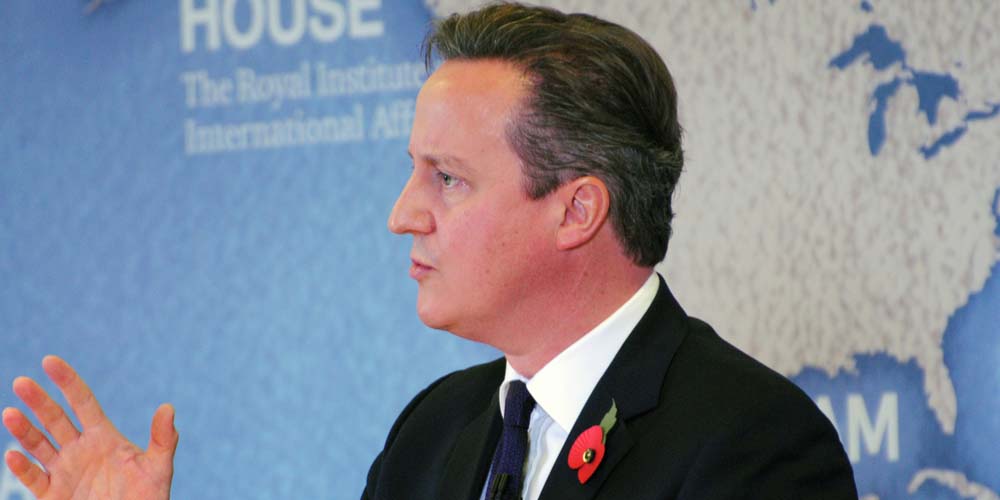 The latest televised debate came just three weeks before the election, so why didn’t David Cameron, the Prime Minister, turn up and take part?

Three weeks ahead of the British General Election the array of “challengers” to the sitting government got together for a televised debate. It was an evening of trite statements, dour dialogue and momentary excitement as at least one of them lost the plot. Of course as with all television debates the real work of the night happened away from the stage in the “spin room” where various backroom boffins of the parties desperately tried to fix the PR problems their party’s leader had just created by opening their mouths in public.

Most amusingly this included members of the Conservative and Liberal Democrat parties, neither of whom had deigned to take part. David Cameron had long since ruled out participating in more than one televised debate, so neither he nor his coalition partner Nick Clegg were on stage to take and debate questions from the audience. That David Cameron decided the next morning to bemoan not having been invited is probably the most disingenuous piece of political spin yet seen in history.

He was, naturally, challenged once again to have a head-to-head debate with Ed Miliband, leader of the Labour party and pretty much the only serious contender to replace Cameron as PM after the election, but he dismissed that idea instantly, on the basis that he’d lose, and lose big. The Conservative government Cameron leads, propped by by Nick Clegg’s Liberal Democrats, is responsible for the program of “austerity” which is slowly killing the nation.

Austerity is the process by which the public have to accept the same tax rates for far less return, public services and investment in the public sector dramatically slashed in an effort to claw back some of the money the banks and financial services sector stole from the country when they gambled, lost and whined so much the governments bailed them out. David Cameron is gambling news coverage of him will be far more positive if he’s not seen being told what a criminal failure he is by Ed Miliband.

The problem for Cameron is that his criminal failure to look after the interests of the British people, instead helping his rich cronies get richer, is so gob-smackingly obvious that there are blind ferrets in a sealed bag who can see what’s going on. His only hope is that the alternatives appear even worse, and, going on the evidence of the debate last night, he might have a point, it’s just a shame he abdicated his right to make it by not showing up and rubbishing it from a distance.

On the night we had Ed, trying to look like a Prime Minister-in-waiting, Nicola Sturgeon from the SNP looking like what Jimmy Krankie decided to do after television (if you don’t know who Jimmy Krankie is, look it up, you’ll never see the head of the Scottish National Party the same again), Natalie Bennett from the Green party who looks fine but then opens her mouth producing a strangled noise we’re told is a slightly foreign accent, Leanne Wood from the Welsh party Plaid Cymru who by comparison has a sing-song lilt to her voice and, finally, the wooden top that is Nigel Farage, leader of UKIP, a party that blames immigrants for everything from climate change to the problems in the NHS.

A motley crew to be sure, and those of you that like to bet on sports in the United Kingdom on sites like Bet365, would easily be able to identify with the audience whose mooted responses were entirely in keeping with a competition in which the reigning champion had decided not to take part. It was like watching a season of the English Premier League in which Chelsea and Manchester United had simply decided to opt out and instead stand around on the sidelines holding post match interviews saying how rubbish the game they’d not played in had been.

David Cameron wants to pretend the choice is between a Majority Conservative government (something he didn’t achieve last time round let us remember) and a Minorty Labour government “propped up” by the SNP or others. It is schtick that is unlikely to fool anyone, but fortunately for Dave none of his dire predictions of a chaotic coalition ranged against him, guaranteeing his ousting from No. 10 seem likely to happen because as usually with parties on the left of politics, none of them like each other that much.

Nicola Sturgeon, knowing she’s likely to sweep a massive quantity of Scottish seats into her purse come ballot day, mostly at the expense of Labour, asked if Ed Miliband would join with her in a coalition to ensure the Conservatives were removed from power. Ed, for various reasons (not least being Nicola’s desire to break up the UK by gaining Scots independence) said “No”, in turn Nicola ruled out a coalition with the Conservatives and pretty much everyone laughed at the idea of working with the Liberal Democrats who aren’t likely to feature much in politics, let alone parliament after the election.

It was pretty much business as usual except televised, with the only real moment of high drama coming when the populist man of the people who hate immigrants, Nigel Farage, rounded on the audience who booed him saying “‘There just seems to be a total lack of comprehension on this panel, and indeed amongst this audience, which is a remarkable audience even by the Left-wing standards of the BBC.”
Oddly he might have had a point, the audience were a bit weird, but his manner of saying so left everyone assured he’s a childish whiner who doesn’t like that an audience with a double digit IQ can see through his crap.

Of course the vast majority of the audience were at home watching in on television, a point Nigel himself made, but thankfully his brand of right-wing intolerance and racism is unlikely to win him even the number of seats he would need to be a necessary, if evil, coalition partner for one of the bigger parties (all of whom have denied they’d ever work with UKIP). Best odds you’ll get on Nigel becoming PM are about 150/1, which says it all about his electability.

UK gambling laws permit, if not encourage, political betting, and so far most people have seen fit to but their cash behind David Cameron keeping his job as Prime Minister, but with the collapse of the Liberal Democrat credibility, the crushing assault on the poor that is Austerity and the savaging of his more right wing support by the likes of UKIP, mean that it is becoming less and less easy to see how. The elephant in the room is the Irish parties that take seats in Westminster who’ve been sidelined in the election coverage, but whose numbers may well prop up a Conservative government after the vote.

The race really is still neck and neck, which is precisely why even a farce of a debate such as this was important, because rather than before when just two parties slugged it out to see who’d win, this time it’s far more about which group of parties will have to put aside their differences to form the next government. Bet365 provides a massive array of bets on the make up of that government and if you think you’re savvy enough to predict the fickle finger of fate as it molests the British electorate over the next three weeks you should definitely bung a few quid on your choice.