Some of the top online gambling sites in Canada have started sending out emails notifying their members that as of 24 September, 2010 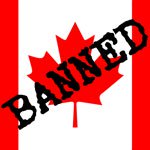 Some of the top online gambling sites in Canada have started sending out emails notifying their members that as of 24 September, 2010, Canadian players will no longer be allowed to download their software and play their games. The notices have so far been vague, speaking of “new regulations” without going into much detail about what changes might have been made to Canadian gambling laws.

The list as of 23 September includes Paddy Power, Bwin, and Casino Club. Interestingly, all of these sites run download casinos developed by Boss Media. But both Paddy Power and Bwin also offer no-download casino games developed by other software groups, and the emails they have sent out explicitly state that while Canadian players can no longer access the Boss Media download casino, they can still play the no-download games. It therefore seems likely that the pull-out directive has come directly from Boss Media.

What might have driven Boss Media to add Canada to their list of banned countries is not clear, but the email sent out by Casino Club offers some clues:

“We regret to inform you that due to the new regulations of the British Columbia Lottery Corporation, Loto-Québec and the Atlantic Lottery Corporation, online gaming products in Canada are prohibited. Unfortunately we are required to add Canada to our list of excluded countries. Players from Canada will no longer be permitted to play at Casino Club starting September 24th, 2010.”

In recent months, the Canadian gambling groups mentioned in the email quoted above have been working towards offering government-sanctioned and locally-operated online casinos in Canada. If the country’s gambling rules have indeed changed, it could be an indication that Canada’s many provinces have decided to work together to offer internet gambling to citizens, while at the same time denying foreign-hosted online gambling sites the right to cater to Canadian players.

As of the time this article was published, neither Canadian officials nor Boss Media have offered an official statement clarifying the matter.