Celtic Vs Malmo Part II – Revenge Of The Swedes

News >Celtic Vs Malmo Part II – Revenge Of The Swedes 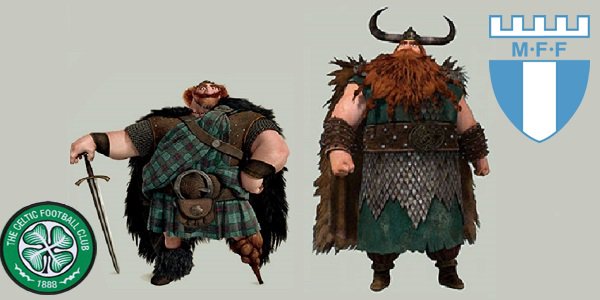 From the pre-game hype you’d think the second leg of Celtic vs Malmo in the Champion League play-off was the world cup final, and given their last match was a 3-2 thriller the atmosphere in the Swedbank Stadium was always going to be just as raucous.

Celtic have a bit of a reputation as being one of the only two Scottish football teams that matter to anyone outside of Scotland. Growing up listening to the careful intonation of Len Martin reading out the scores as they came in on what was then a telex machine, the names of Scots teams sounded almost exotic, but wholly unimportant. The domination of Rangers and Celtic assumed, be it entirely true or not. They’d still be the first two anyone could name.

Whilst in almost consistent ascendance at home, away from their bonnie homeland Celtic have had a little more trouble making their mark. Indeed their lack of European success has seen them crash out, fail to qualify and just not make the most of the opportunities they’ve been given. Perhaps then that was what gave people who like to bet on sports in Sweden some hope of their countrymen, Malmo, might come away with the convincing win they need.

Mathematically in Celtic Vs Malmo the Scots could have got away with a defeat, but ComeOn! Sportsbook giving the Scots only a 2.45 to 2.75 advantage pre-game, and a draw just a 3.50 chance, it seemed even the bookies weren’t sure which way this one was going to go. The unpredictability of the game making the press slobber over every aspect of it, especially after the first leg that produced a great match and what became known as “Pig-gate”.

Even as they lost in Glasgow, the Swedes’ play showed it wouldn’t be easy in the 2nd leg

It is rare these days that a football manager has to deny one of his players compared the opposition to “pigs” however that’s precisely what Age Hareide had to do concerning his goal-keeper Johan Wiland. Now whether you believe the goal-keeper engaged in “trash talk” after the last Celtic vs Malmo clash or not, the managers accusation that the press willfully grabbed the wrong end of the stick to hype the return leg doesn’t instantly ring completely hollow, does it?

This might well be good use of the negative reputation the British press has, but there’s every chance that a professional footballer in this day and age didn’t stand before the recording apparatus of the world’s media and deliberately use such an evocative and emotive term to describe his opponents. This is football, not boxing, and such comments would be hugely out of character for a sport that polishes itself with PR in hopes of making itself more respectable (aka attractive to investors).

Swedish gambling laws might prevent you from betting on what really happened, and since we’re unlikely to ever find out (the press unlikely to start reporting on what a bunch of misrepresenting muppets they are at this stage) I suppose the game was always going to have to speak for itself. Celtic vs Malmo was never going to be a run of the mill game, and this hard fought battle in front of 20,000 fans in what is a remarkably compact stadium was no disappointment.

Celtic Vs Malmo – A Game Of Four Halves

The frantic pace of the opening portion resulted in Malmo going ahead and equaling up a match that wasn’t so much bad-tempered as a bit fraught at times. Both teams entirely willing to waste time there was a yellow card for both over reactions to time wasting and the time wasting itself. Rosenberg’s 23rd minute goal letting the hosts go into the break knowing it was an entirely new game, the aggregate scores level and Celtic vs Malmo looking less the Scots team’s game with each passing minute.

The 54th minute goal from Boyata put the game beyond doubt, although the disallowed goal Celtic had to suffer will be a talking point for some time to come methinks, the ref’s decision looking just a tad harsh at the time, and sent Celtic into the UEFA Cup as the Swedes will be gambling news of their superb turn-around on the first leg result might boost their reputation as they move into one of the biggest competitions in the world.

Celtic vs Malmo might be the start of a successful Champions League campaign for the Swedish team, but it was a bitter disappointment for the Scots who once again found themselves without a top flight European trophy to chase. There will be questions asked in Glasgow once the dust has settled and some of the answers might not be all that pleasant, and their odds at gambling websites online in the future may well reflect this seeming tradition of Champions league failure for Celtic.