Champions League 2018 Final Predictions: Could it be El Clasico? 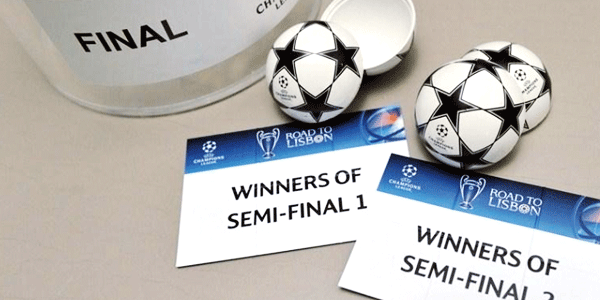 Could the 2017/18 season finally be the year when the Champions League final is El Clasico? Our Champions League 2018 final predictions suggest (yes) it’s likely to happen, unless Real Madrid and Barcelona draw each other in the semis.

Despite the two Spanish giants appearing in a combined total of 23 Champions League finals, the biggest game in European football has never been contested between the two. Do you wonder why? Well, even online sportsbook sites in Spain do not have a particular answer, other than it just coincidently did not happen. But in this season several factors are bringing up El Clasico to be on top of the odds for Champions League 2018 final predictions. What are these factors, and how far they are significant?

A single country final is too familiar

With so many teams qualified from so many domestic leagues in Europe, you would expect a single country final to be rare. In fact during the past decade it was the opposite case. Four single country finals happened out of the last ten. In 2002/03 edition AC Milan met with Juventus. In 2008 all-England final was between Man United and Chelsea. All-German final of 2012/13 was between Bayern Munich and Borussia Dortmund, and two all-Spanish finals took place between Atletico Madrid and Real Madrid in 2013/14 and 2015/16. This season the only single country final available is El Clasico.

In the early stages of the Champions League, the rise of young players such as Neymar and Harry Kane prompted a debate over the decline of the dominance of Cristiano Ronaldo and Lionel Messi. Now, though there is no question on who are the greatest. According to online sportsbook news in Spain, Messi remains La Liga top scorer with 26 goals and enjoys total shots of 127. Ronaldo shares the second spot in La Liga with Luis Suarez, netting 22 times out of 121 shots. In Champions League Ronaldo is the top scorer with 14 goals and 2 assists in 9 matches, while Messi has less impressive numbers of 6 goals and 2 assists, although he was Barca’s savior in all the critical moments.

The two Spanish giants sit on top of the odds at Betsupremacy Sportsbook, as they are expected to be the finalists. The odds are (3.75) for the two teams to draw each other in the final, while the odds for Barcelona vs Bayern Munich or Real Madrid vs Bayern Munch are (4.50), which means its less likely to happen.

In addition, Barca enjoy the best odds of (1.65) to continue marching comfortably to the Champions League final, and Los Blanco have the second best odds of (1.72) to reach the final. No surprise that after crushing PSG and Juventus, Real Madrid are the most formidable team in Europe. So what does that mean for the nationality of the winner? If you believe El Clasico will happen, then you can also choose Spain to be the nationality of the winner with (1.60) odds.