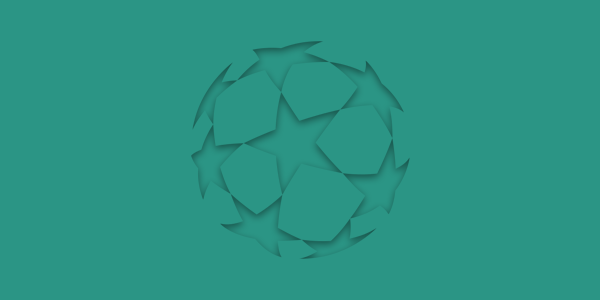 Although there are two matches left for each team in the Groups round in Champions League, you can start thinking who will raise the trophy up to the sky at the end in 2018. It is not that easy to pick one winner already, but maybe you can think about the nationality of the winner and check out the Champions League winning nationality odds.

In England there are already two teams including Tottenham Hotspur and Manchester City, who started dreaming to hold the trophy, out of the four teams who made it early to the last 16 draw. Thus other two English teams including Manchester United and Liverpool are placed comfortably on top of their groups and they edge closer to the knockout stage.

Online sportsbook news are talking all around how Premier League got stronger this season, and how English teams are coming back to the Champions League once again after few years of being absent in the finals. The Champions League winning nationality odds are in favor of England and they stand at 2.75.

It was Chelsea, the last English team to win Champions League in 2012, yet they will probably not reach the finals this year, especially after they were harshly beaten by Roma 3:0. However both Man United and Man City have four winning streaks, so you may expect at least one of them to play in the final.

Will Spain retain the trophy for the fifth time?

Although Real Madrid monopolized the Champions League in last two years, they are struggling this season to even make it through to the next round. If suddenly Borussia Dortmund wakes up in the next couple of matches, Real Madrid will be in big trouble to qualify for the last 16.

Thus according to online sportsbook sites Barcelona are doing much better in Groups round than Real Madrid. They are placed on top of group D and they need only one point to place themselves among the last 16. Will you see Barcelona in the final? Well, it is possible and you may place your bet on Spain at Intertops Sportsbook. The Champions League winning nationality odds for Spain to retain the trophy are 3.00.

We already watched the first match between the two giants including the French current top team Paris SG and the Bundesliga top team Bayern Munich, and it ended loosely 3:0 for Paris SG. So maybe you do not need to think too much. However Bayern Munich are still competing in Champions League and they already qualified for the knockout stage along with Paris SG, and they may keep going till the end.

At Intertops Sportsbook you may notice that the odds are in favor of France and they are 4.50, while the odds for Germany are 7.00. It seems fair for France to be ahead of Germany, especially with the big pocket spent in Paris SG. If Paris SG do not reach the finals, then we all shall agree that Al-Khelaifi’s large money have not been spent wisely.

Should you expect Italy to surprise everybody?

We all saw online sportsbook news how Roma took the lead in Group C, and they may push the odds to bet on Italy. The Champions League winning nationality odds for Italy are 12.00. They will be certainly among last 16, while whether Roma will be competing in the final, we shall wait and see.

You have many choices to bet on the nation that will raise the trophy in 2018. Choose the nation with best odds and place your bet at Intertops Sportsbook.