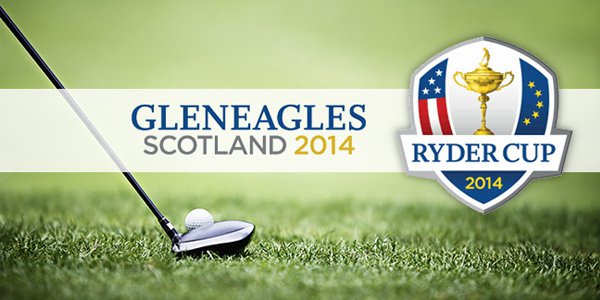 The upcoming Ryder Cup hosted at Gleneagles will provide golfing fans and punters with lots of betting offers to choose from.

The golf season is pretty much over, but there’s still one more important competition left to be played – the Ryder Cup. It is only natural to expect a lot of attention from golf fans and punters under American gambling laws for this cup, since top players from both Europe and USA are set to make an appearance there.

• Check out the list of the most spectacular holes

The Ryder Cup is a biennial golf competition among men’s teams from the United States and Europe. It’s managed by both PGA European Tour and PGA of America and is played out every two years at alternating venues between golf locations in Europe and the USA. It bears the name of Samuel Ryder, an English businessman who was the one to donate the trophy. Just as with any other major golfing event, the cup generates lots of betting offers at online sportsbooks in the USA and Europe.

Since 1979, Europe managed to win the cup nine times and retained the trophy following a tie. American side has won it seven times in this period. The team from Europe over time has included players from Denmark, France, Belgium, Spain, Sweden, Italy, Germany, and of course the United Kingdom.

Interestingly enough, participating players receive no prize money, despite the cup generating lots of income in television rights and sponsorships.

Currently Europe hold the trophy, winning it in Illinois at the Medinah Country Club back in 2012 with a score of 14 ½ to 13 ½. They’ve managed to overpower a deficit of 4 points going into the final day of competition.

The 2014 event is much-anticipated by those who bet on sports in the USA as the American team is expected to take revenge for the previous loss. The cup is held at the Gleneagles Hotel in Perth & Kinross, Scotland from 26 to 28 September.

This year’s Ryder Cup is widely anticipated to be extra exciting, but leaving the participants aside for a while we take a look at the six of the most exciting holes at Gleneagles, which are guaranteed to produce extra drama and provide memorable video footage for many years to come.

This year’s location is undoubtedly an exciting golf course from start to finish, the most memorable holes will of course be the ones won or lost, not the ones that are halved. Hole 2 has a very attainable par-five, and its early location offers a nice opportunity to grab an early lead should someone make an eagle.

Big-hitting players should pretty much enjoy this long-hole advantage. They will most probably opt for carrying the bunker on the left-hand side of the fairway, setting up a short-club approach to the hole.

Contrasting to Hole 2, here reaching the par can actually be enough to win. It’s a pretty narrow tee shot, which has already been named by many experts as one of the toughest on the European Tour. There’s water as the ball approached the green, making the left side of the fairway a better choice, but it might get blocked by trees and a bunker. It’s natural to expect lots of bogeys on this hoe, but on the other hand a birdie is not out of the question.

Once again big-hitters will enjoy advantage, but only if they play this hole from the back tees. They will be the only ones who can reach in two strokes. There’s water hazard down the right for the second shot, however, there’s plenty of room to avoid it on the left. Just as with any other par-five hole, this one offers an obvious birdie opportunity, at the same time the length of the fairway here and the bunkers will certainly cause someone to bogey.

Since this is a closing hole of the front-nine, it’s an opportunity to reflect on the score and of course the betting odds at such renowned American bookies as Bovada. Additionally, the stats have it that halfway leaders have only lost twice during the last five Ryder Cups, something for punters to consider.

This particular hole is a drivable par-four, but what makes it special is the fact that it’s considered to have the ideal risk/reward ratio. Naturally, only excellent drives will allow players to get close for an eagle finish, and we’re almost certain many will try. However, should they miss, there’s little future to make even a birdie. Missing left will mean the hole will become a chipping contest. And don’t forget that by this hole, we’re already in the decisive part of the competition, meaning there’s extreme pressure on the players.

The two-times Gleneagles champion, Paul Casey, call this hole his favorite. According to him the green can be reached in two strokes, offering a huge advantage. But even for the big-hitters, there will be a long second shot to a pretty narrow green, even if they manage an excellent drive. And don’t forget that the left-hand side will slide balls off to deep rough. A birdie here is very much possible and it will be regarded as gold.

No surprise that the final hole is a cracker. It’s a short par-five one, giving pretty much everyone an equal chance for an eagle. Naturally, many will try to land an eagle, but the key to the hole is the second shot, where precision will be crucial trying to get the ball on a very narrow green. Naturally, the pressure on players will be paramount by this point, thus giving players and punters plenty of opportunities to get their hearts broken.