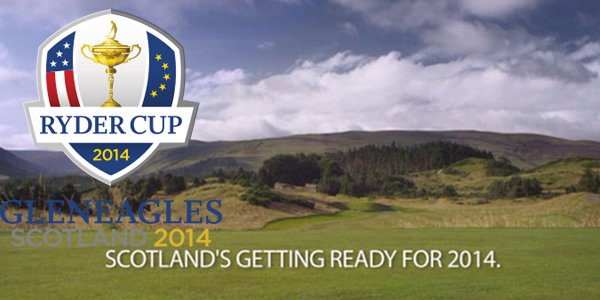 Golf fans the world over rejoice as the top pros from both sides of the pond prepare to face off at the Gleneagles Hotel in Perthshire, Scotland. That’s right, it’s the moment we’ve all been waiting for, the biennial Ryder Cup. The 40th installment of this team golf extravaganza will start this Friday and wrap up on Sunday. Luckily for you there are still a few days left to prepare your betting strategy.

Chances are your head is swimming with all of the decisions to be made. Should you go with the upstart Americans or the tried-and-true Europeans for the outright winner? Who will lead for points on either side? More importantly, who will be the overall leader? And the basic but crucial question: which sportsbook should you wager your money with? Have no fear, we’ve got you covered with some simple, crucial tips to help you wind up with a little extra money in your pocket come Sunday evening. Read on and follow closely:

Some bettors make the mistake of attempting to hedge by putting small amounts of money on several golfers. This is a good way to not lose, but it is a terrible strategy if your goal is to win. There’s little point in diluting your wager and winding up breaking even or slightly in the red. Fortune favors the bold.

• Bet365 and BetVictor are the top online sportsbooks covering the event

What am I suggesting? Narrow your bankroll down to a few top golfers and make sizeable bets. Of course “sizeable” is dependent on your present finances, and I would never recommend you to bet more than you can reasonable afford, but as a rule you need to spend money to make money.

Online sportsbooks in the UK and Canada like Bet365, BetVictor and Bovada are giving the top odds to established stars like Rory McIlroy, Segio Garcia and Justin Rose of the European team, with Americans Ricky Fowler and Phil Mickelson trailing behind.

McIlroy is the overall odds leader at 7/1 with Garcia close behind at 8/1 on Bet365 and 10/1 on BetVictor (a bet we’re willing to make, even against the formidable McIlroy). We recommend choosing one of these heavy hitters. If you’re looking for an underdog, Mickelson has a very favorable line at 16/1. He may be worth a high-risk, high-reward play.

#2: Look for golfers likely to play in four or more matches

No one has ever won the points crown without winning 75% of their matches or more. In order to hit that sweet percentage with a high volume of points, a golfer would have to compete in at least four matches and win at least three. In the past six meetings the winner has played in all five matches, with the only exception being Ian Poulter who won four-of-four matches in 2012.

Rory McIlroy, one of the candidates to win

Before laying down a wager take a long look at the scheduling. Don’t even consider a golfer likely to play only three matches (even three wins is unlikely to be enough to take home the crown) and pay special attention to those likely to compete in all five. That’s why the bigwigs are usually the only ones worth putting money on.

#3: Place the safe bet on the winning side for the outright

There is no question that the Europeans are the favorites this time around. They feature the world’s best golfer in McIlroy and the mercurial Garcia, a perennial underachiever but one who has always performed strongly in the Ryder Cup. They’ve won five out the past six trophies and are competing on their home turf; current odds are ranging from 8/13 to 1/2. That isn’t a very appetizing payout, but one must consider their overall superiority in this matchup.

Sergio Garcia, another candidate to win the Ryder Cup

On the other side, the Americans are fielding the red-hot Ricky Fowler as well as the Phil Mickelson, who is playing in his tenth career Ryder Cup. But they simply can’t match the star power and depth of their foes from the Old World. Odds for the Americans range from 9-5 to 7-4. The payout would be nice if they pulled off the win, but the chances are just too slim for it to be a smart bet. Be bold, but not that bold.

#4: Go with one of the premier online sportsbooks

There are an infinite amount of online bookies on the market today but most of them aren’t worth the time of day. The top UK bookmakers specialize in events like the Ryder Cup and have the best customer service. What’s more, you know that your money is safe and that you’ll be paid promptly and in full in the event that you win.

We recommend that you go with Bet365 or BetVictor. Both are award-winning and offer the most player-friendly odds on this year’s cup. If you’re a fan of mobile betting the Bet365 mobile app is especially good. Available for Android, iOS and Windows devices, you can even watch a live stream of every match on your smartphone or tablet. That’s as close to the action as you can get without buying a ticket to Gleneagles.

If you’re placing bets from the US, American gambling laws make the online wagering process slightly more complicated. But the Canada-licensed Bovada is an excellent online bookmaker available to US customers. And you can place wagers with many offshore sites using an e-wallet account.