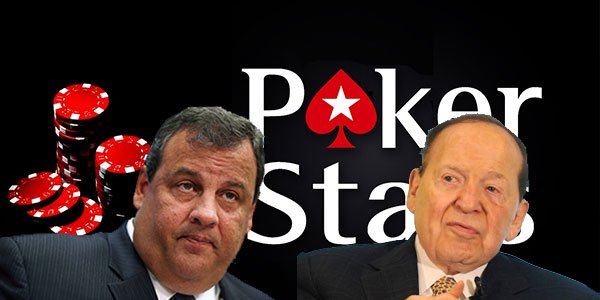 The President says the US isn’t at war with Islam, but that doesn’t mean it’s fighting the real threat to democracy either

In an effort to counter extremism Barak Obama, the US President, has been gambling news reports of his two speeches on the subject will show a lead in the combating of the perceptional issues that lure the young and muddleheaded to fall under the spell of violent Islamic fundamentalists. The effort now very much centered around a re-contextualization of the conflict to push back against the very effective propaganda effort of Islamic State (or whatever they’re calling themselves this week) and its ilk.

“We are not at war with Islam,” Obama stated clearly. “We are at war with people have perverted Islam.”

Which is a superbly useful message to get across, but unfortunately his words ring a tad hollow, after all the estimated civilian deaths in Iraq are estimated at 100,000+, maybe a lot more, and you won’t convince families and loved ones of the dead that they were all perverting Islam, a point that ISIS will probably make in their next recruitment video. Of course Obama doesn’t really care about Muslims in the middle east, and he’s not really scared of them either.

What scares Obama, and so many western leaders these days, is the “homegrown” radicals, who have been hoodwinked by the extremists’ slick social media campaigns and pop up to bomb the Boston marathon, shoot up some Parisian offices or open fire on a free speech debate in Copenhagen. It is to Muslims already in the west he was speaking, hoping to convince them and those of their community to turn away from this pernicious violent path.

Has Christie Been Bought By Adelson?
• Pokerstars deal held up by governor
• Is evil the root of all money?
• Adelson wants ban on online gambling

However whilst Islamic fundamentalist nutjobs killing people triggers the fear-&-loathing circuits of the American mind, sends Fox News into a drooling rampant frenzy of xenophobia, and grabs headlines galore, to underscore it as one of the biggest dangers to the nation’s security is, frankly just a little laughable. The biggest threat to the US isn’t ISIS or their acolytes, it’s not Russia and it’s shark-eyed loon of a leader, and it’s not Chinese trade domination or the UN either. The biggest threat to the US is money.

Democracy Under Threat From More Than Just Terrorism

Whilst Barak talks about the perversion of Islam he wholly fails to deal with the perversion of US democracy that, frankly, has been going on a lot longer, has caused far more suffering to Americans and has had a far great effect on the US and its citizens than any number of terrorist attacks. The nation that prides itself on its democratic freedoms (something we in the rest of the world apparently hate them for) is seemingly wholly ignorant of the degree to which money has taken over and enslaved their country and indeed most of the western world.

The loan sharks in the European Union are forcing nations to change their domestic policies to make repayments on bailouts they foisted on those nations in the first place, lobbyists and super-PACs in the US control the agenda and most of the results, and as for the amount spent on a Presidential election campaign (now typically well over a billion dollars) well, it has to come from someone and often those donors want a favor or two if they backed the winner.

Sitting in the US gambling laws on political spending will be changed to prevent this perversion of democracy is wholly futile, that war has already been lost, and now the cost can be counted not in terms of dollars and sense, but in the political actions of those standing to be next resident of the White House, due for a change of hands in 2016. Nowhere is this ghastly influence of the rich and their money more evident than in the behavior of Republican hopeful and New Jersey Governor, Chris Christie.

Christie, a man so large he claims the center ground of the Republican party only because if he stood to one end of the spectrum it might capsize with the shift of weight, needs the support of rich donors in order to continue his campaign and sadly this means he’s willing to sell out his home state and go back on is word if the rich donors have an agenda of their own that runs contrary to Christie’s positions. The most notable of which is the evil presence that is Sheldon Addleson, a man only ever a cave hideout away from being the next James Bond baddie.

Adelson’s wish to scupper any chances online gambling gaining a significant foothold in the US is, of course based around his ownership of casinos and how those anachronistic institutions that simply farm people for money can’t possibly compete with the clean, secure, cost effective convenience of gambling from one’s computer at home. The hugely wealthy Mr. Adelson is willing to spend vast quantities in pursuit of a congressional federal ban on online gambling, just to protect his empire, and Christie needs that money so isn’t willing to get in Adelson’s way.

New Jersey, Mr. Christie’s state, of course has legalized online gambling, part of its attempt to revitalize the state after the jewel in its crown, Atlantic City, saw a contraction in its gambling revenues that saw a spate of casino closures, but Adelson doesn’t care what’s legal or not, he has the money and therefore can influence events well beyond the legislative stage. This is why Pokerstars is having a hard time getting its license in New Jersey, because Mr. Christie has blocked it on the whim of his sugar daddy.

Pokerstars was due to spend millions to set up poker rooms in Atlantic City but their entire plan has suddenly and inexplicably been held up for eight months, and it’s not just because Pokerstars is such a big name it would forge a way ahead in the market, but because if they are successful their economic benefit to the state might be such that the state itself would stand against any federal ban on online gambling, which would make it very difficult to Adelson to buy the law of his dreams.

Describing Christie holding up PokerStars move into New Jersey as “common knowledge” State Senator Raymond Lesniak decried this obvious swap of campaign funds for influence, but when the US political system is so rampantly corrupt and dependent upon the rich to sustain it, is it any wonder people like the ghastly Sheldon Adelson can reach out their skeletal fingers and influence events to the detriment of everyone else and the benefit of themselves alone?

Bet365 has Christie slipping out to 18-1 in the race for the White House, and if stories of his craven surrender to the influences of the rich and nasty continue to surface in the coming months he could find very few amongst those who like to bet on sport in the US putting any money on him to gain even the nomination let alone the highest office in the land. Islamic terrorists might behead people, but I doubt anyone is going to vote for a man who has had his balls removed by Sheldon Adelson’s