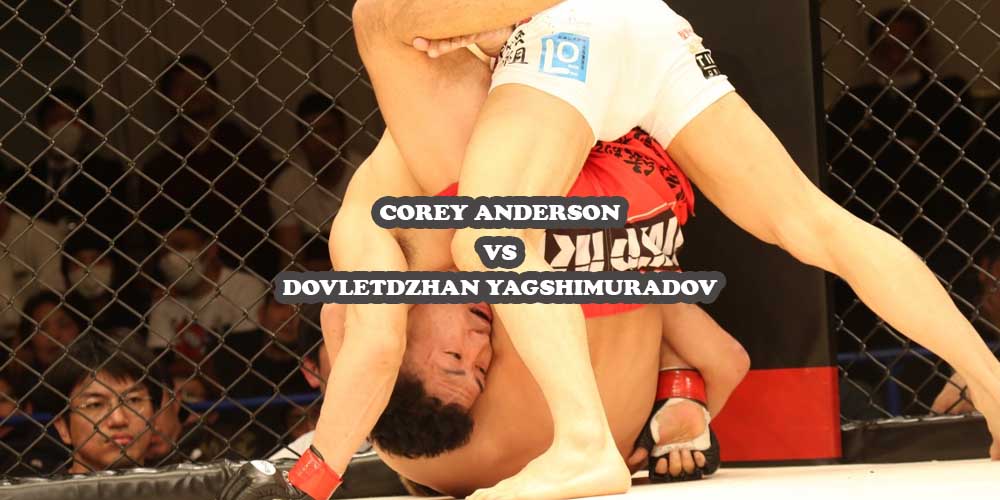 Corey Anderson is an American mixed martial artist who competes in the light heavyweight division for one of the largest combat sports promotions in the world, Bellator MMA. He also competed in the Ultimate Fighting Championship (UFC).

His career road started from wrestling in third grade and during this time he achieved noticeable wins in the National Championships, the Regional Championships, NCAA Division III Championships. Meanwhile, Anderson’s career as a martial artist began after the meeting with Ben Askren, Bellator MMA Welterweight Champion, and former freestyle wrestling Olympian. So, since 2013 his records as a martial artist started. This year he fought with Stephen Flanagan, Myron Dennis, and J.R. Briones and all finished with the victory of Anderson. Do you want tips on marital art betting? Read How to Make Money Gambling on Mixed Martial Arts and visit online sportsbook news in the US for more bets.

So, generally, Anderson was involved in 19 matches through these years and 14 of the fights over his victory. The successful fighter is also known for his victory over Jan Błachowicz, Glover Teixeira, Ilir Latifi, and Melvin Manhoef. What do you think of his next fight with Dovletdzhan Yagshimuradov? Express your opinion on Corey Anderson vs Dovletdzhan Yagshimuradov odds by visiting the  1xBET Sportsbook .

The opponent of Corey Anderson in the next bout will be Turkmenistan native, Yagshimuradov with 11 knockouts. He is also a very successful fighter of Bellator who brought an eight-fight winning streak with him. According to Topology recording results, he has participated in 23 bouts since 2012. Professional fighter’s first bout was with Ukrainian fighter Vasily Babich. Unfortunately, Yagshimuradov lost this fight in the MMA event, Oplot Challenge 2: Oleynik vs. Otto. In spite of this unsuccessful beginning, the same year fighter participated in two more fights and won both of them over Artur Vartanyan and Sergey Lewandowsky. If you are a fan of martial arts this article could be interesting for you: Mixed Martial Arts for Beginners (part 1).

Actually, the fighter was very active in 2013 by participating in nine bouts. Among these fights, he lost just two of them against Rashid Yusupov and Alexander Boyko. The fighter will win in the next bout? You can bet on Corey Anderson vs Dovletdzhan Yagshimuradov odds by visiting online bingo news in the US.

According to successful fighter results, he has been involved in seven fights with various fighters from England, America, Poland, Brazil. He got victory over all of these fighters and mostly by knockdown. The last fight of Yagshimuradov was with Alexey Butorin in 2019 which also finished with his win. As seen in his victories, ten of his wins have come in the first round, including a 74-second knockout of four-time UFC veteran Joachim Christensen in 2017. So, could Yagshimuradov add the next flight to his victory list? What do you think? Go  1xBET Sportsbook and get aware of this and another exciting martial art betting.