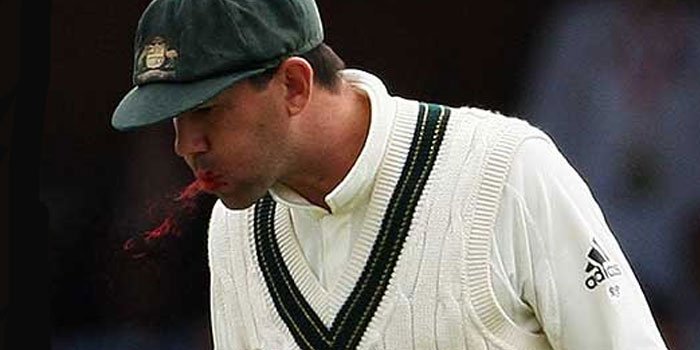 Cricket games can appear to be otherworldly to the uninitiated but once you realize what’s actually going on there’s no way on earth you can accuse it’s players of being any less macho than those of the NFL, in MLB, or even in Ice hockey……well okay, maybe not ice hockey, but the other two stand.

It was, I admit, my own fault. I made the ghastly mistake of asking an American of my acquaintance why it was that his countrymen don’t wager on the best sport in the world; Cricket. Once he’d stopped laughing and realized I actually wanted an answer he put his drink down, looked me in the eye and told me very firmly that cricket is (and I quote) “a game for pussies”. This triggered a lengthy explanation on my part as to why he was wrong, an explanation I will now summarize for the rest of you across the Atlantic that believe Cricket games are unworthy of your skirting US gambling laws to increase your betting bankroll with a wager at Bet365 on this fabulous sport.

For some reason Americans believe the ball used in Cricket games is of a similar density to that employed in baseball, or in truly bad cases even a tennis ball. They’re wrong.

A Cricket ball is hugely more dense than either of those and if one is unable to purchase one in the local mall sports shop you can replicate it by wrapping some leather round a handy shaped rock. That it must bounce once before getting to you does not take away any of it’s speed or remove the fact that in Cricket the batsman is in the way.

There are two sorts of bowling (pitching) in Cricket games. Spin and Fast. Spin bowlers try to use the bounce of the ball and some rotation put on it by their wrist to bamboozle the batsman, fast bowlers don’t worry about that and just hurl it as hard as they can. At their fastest that means the ball is coming at you at speeds of nearly 100mph, and whilst in baseball the batsman is to one side, in Cricket he’s in the way, as much a target as the wicket. That’s why they wear the pads, cups and helmets. They have to, it’s dangerous.

Bowlers, depending on their wish, may force the ball to bounce at any point on the length of the pitch, if they bowl it long it’ll reach the batsman around his ankles, a bit less distance and it’ll be his knees, if they bowl it very short, say to worry a batsman who is doing rather well, the ball will arrive at the batsman around the height of his head……going 100mph…..weighing a few ounces. Getting hit in the head, even one covered in a helmet, by that sort of projectile can put a chap off his stroke as it were and those without fast reactions tend not to flourish in the sport.

In baseball, and indeed most other US sports, the surface doesn’t really matter beyond being somewhere to project adverts, but in Cricket games the condition of the surface is all important. A chewed up surface can make that ball bounce all over the place, and whether it’s a spin or fast bowler slinging it, it can make a batsman’s life awfully tricky, a fact not helped by his having to run up and down on that self same surface to score runs in the first place.

As everyone who likes to bet on sports in the US will know, in baseball they wear special gloves to help them catch the ball. No such pampering of the pinkies in Cricket where the only guy with gloves is the one right behind the wicket ready to catch the batsman out if he just nicks the ball rather than get a clean contact on it. Everyone else? Just their bare hands. Oh and of course baseball games last a matter of hours…….unlike Cricket games which last a little longer.

Whilst there are “limited overs” matches and one-day games (that last, surprise, surprise a day) the focal point of Cricket is test matches. These Cricket games last five days if necessary and although players are allowed to pause for lunch and even tea, the length of time players spend in the field dwarfs that of any US sport. A pitcher might have to do a full nine-innings, but that’s nothing to a five day stint in the forefront of a bowling attack in Cricket. Oh yes and five days brings up other factors, like the weather.

Oddly whilst one might think that Cricket not being played in adverse conditions (rain for instance can stop a game dead) the fact that it lasts five days means if it starts raining now, don’t go gambling news of a cancellation of the match will follow, it’s rain, it may well stop again just as soon, and you’ll have to get back out there.

It is often said that it’s the waiting that gets to you, well in Cricket the weather can keep you, and everyone else, on tenterhooks. This says nothing of spending five days playing in the high temperatures of Pakistan, Australia, South Africa or India.

So, my colonial chums, please do spend five days playing a game where the rock hard ball flies up at your head at 100mph in 35 degrees Celsius bouncing off an uneven surface and THEN tell me Cricket games are for just for pussies and not worth betting on at Bet365 .