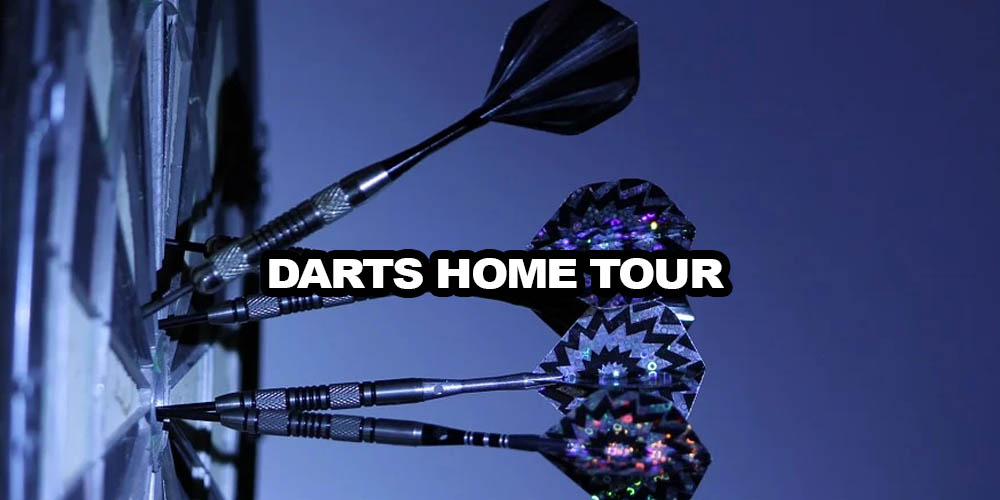 Probably the biggest tournament is the PDC Home Tour where almost every big star has taken part except Michael van Gerwen and Gary Anderson. Fans can watch games every night, players in the same group competing against each other. With names like current world champion Peter Wright and semi-finalist Gerwyn Price already out, the tournament can have a surprise winner. But you can also watch other competitions like the Icon of Darts live league where former legends are also taking part. Or A Night at the Darts 2020 tournament, where familiar names and less-known players are also competing.

In the PDC Home Tour, there are six games every night until the 18th of May, offering plenty of options to make a bet on the winners. Wright and Price might be out but there are still plenty of favorites to come and try to prove himself in this special event. Like Chris Dobey who reached the last 16 in the last two years in the World Championships. And the semi-finals in the 2019 Players Championship Finals and the 2019 World Grand Prix. He is the favorite to win all his games in his group on Thursday. Probably the game against Dutch Ron Meulenkamp can be the toughest where Dobey’s odds to win are 1.44 at Bet365 Sportsbook.

On the following day Darren Webster will make his first appearance in Group 15, against all English opponents. Webster is a very experienced player, though this situation will be new to him as well. His best result so far is reaching the semi-final of the Players Championship Finals in 2016. This year he reached the third round in the PDC World Championship, losing there against Adrian Lewis. Now he is in a tough group, much younger Scott Hamilton can be his biggest rival.

In the darts tournaments betting tips, you can find odds for the Icons of Darts tournament. It started on the 6th of April and will finish this Saturday. There are games every day between 11 am and 4 pm. The League has a winner each week, the player with the most points in each group.  Fans could already see real legends of the sport like five-time world champion Raymond van Barneveld or 2008 BDO Champion Mark Webster. Though none of them played too well, finishing at the button of their group.

This week we can bet on among others the games of Jarred Cole, Justin Smith, and Anastasia Dobromyslova, who is a three-time women’s world champion.  Jarred Cole is leading the table after two days. He is only 19, but seems to play superbly at home. Cole will meet today Ritchie Edhouse, who won two PDC Challenge Tours so far and is currently 79th in the world ranking. Edhouse is the favorite to win their match with the odds of 1.57. Online sportsbooks in the UK are favoring him to win the group as well with the odds of 2.87 at Bet365 Sportsbook.

A Night at the Darts

If you’re still hungry for more darts, you can watch the games of A Night at the Darts tournament which take place following the Icons of Darts league, in the evenings. Barneveld took part in this tournament as well just like three-time BDO world champion Martin Adams and  2015 BDO world champion Scott Mitchell. Barnie wasn’t successful in this event either, while his compatriot, Wessel Nijman has won the first two weeks’ overall tables.

This week we can also see the new woman star, Fallon Sherrock, who was the first woman darts player to win a match in the PDC World Championship. She will play against the very confident Nijman today, where the Dutch is the clear favorite. His odds are only 1.22 to win the game. Sherrock’s other opponents will be tough to beat as well. She will play against Martin Adams again, who she defeated on Monday 5-4. Northern Irish Kyle McKinstry and BDO player David Evans are also in the group, the latter is in the favorites to win the group by online gambling sites in the UK predictions of darts tournaments 2020 betting odds.

Competition from the Czech Republic

Following the success and the example of Premier League Darts events, organizers in the Czech Republic have decided to make a tournament of their own. In the Czech Premier League Darts players also compete from their homes and show their performances through a webcam. It is a great opportunity for Czech players to become more known all around the world and also to gain more experience.

The tournament is in its first phase still, where 10 players are playing each other in 9 rounds. Then the last two of them will be eliminated. In the second phase, the remaining 8 players will play in the next 7 rounds. The best four players get through to the semi-finals and the winners of them to the final. In the players, we can find PDC World Youth Championship runner-up Adam Gawlas and former PDC World Cup of Darts member Pavel Jirkal. At the moment, Gawlas is in second place behind Daniel Barborak, whose best result so far has been to reach the last 80 in the 2016 World Masters.  All odds for this and the other darts tournaments are available on bet365.