Doom Personified For The Finns & Their Gambling Laws

News >Doom Personified For The Finns & Their Gambling Laws 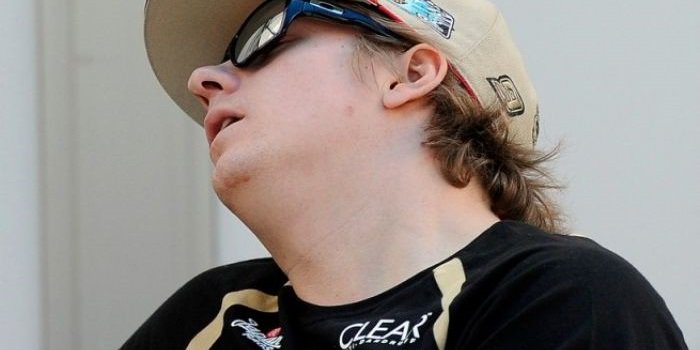 The Finnish gambling laws are an interesting mix of common sense, charity and ridiculous denial of modern realities. They retain a state monopoly control over all forms of gambling, albeit it one sectioned off to different bodies, and whilst that allows the profits to be funneled back to the people of the country in various programs and subsidies, moving into the 21st century with a closed shop industry being protected by a national government just isn’t applicable anymore.

As a member of the EU Finland is dedicated to harmonization of the laws and regulations that oversee cross border competition, and should therefore open up their gambling markets to companies and commercial entities based abroad within the union, Bet365 being the biggest player and most obvious example, however Finland has resisted all attempts at forcing them to do so claiming that their gambling industry is not-for-profit, simply because the profits go to state sponsorship of culture and sport.

Now no one is going to argue that a charitable basis for gambling is a bad thing per se, it isn’t, it is wholly sensible, and were it the norm across the world, or even just across Europe there would be no issue, but Finland signed up to be party to an organization of states to benefit from that close relationship and is now attempting to cherry-pick the bits they like and ignore the bits they don’t, which is selfishly unacceptable and, if history is anything to go by, unsustainable in the long term.

There have been some successful charitable institutions coming from Finland, gambling is not likely to stay that way for long.

Perhaps the EU instead of berating Finland for its retaining of a monopoly should simply make all gambling across the continent not-for-profit in the same manner as the Finns, perhaps insisting that all proceeds from the industry go to charities, sports and cultural programs, but they won’t, they can’t, the power of the centralized control of Europe isn’t that strong to stand against the forces of modern day capitalist reality – just ask the Greeks. The fact is that the Finnish model is doomed, with even its closest neighbors adopting more flexible attitudes, if not entirely complicit openness to EU regulations.

Of course those amongst you that like to bet on sports in Finland will already have a full comprehension of what drawn out doom looks like. This year such a disastrous slide into the abyss of calamity has been entirely personified for Finns, and whilst the far better known Satan has horns, hooves and the waft of sulphur about his appearance, this anthropomorphic resonance of condemned destiny wears a crash helmet, drives a red car and goes by the name of Kimi Raikkonen.

Watching Kimi Raikkonen’s Formula One season has been, if you’ll pardon the pun, like watching a slow motion car crash, one that ironically, has involved at least one car crash all of its own. It hasn’t so much gone from bad to worse, as simply failed to go anywhere, and the truly ghastly fact is that the faults that lie behind this failure in performance have not been all of his own making. Ferrari, the team for which he drives have let him down in strategy, the pit crew have made horrible mistakes, and the situation in F1 as a whole hasn’t helped a bit.

Lamentably the driver has become less and less important in Formula One, the cars speed and handling of far greater importance, which is why in the British Grand Prix on the weekend the first three rows of the grid were by team. Mercedes, Williams, and then Ferrari, the performance of the cars, not the drivers the variable at play. Even once the race was underway the speed of the Mercedes and race pace of the Ferraris meant that the result was just as predictable as Formula One has become.

Raikonnen finished in 8th place having been overhauled by Mercedes powered cars left and right, his teammate Vettel grabbing an expected podium in third behind Hamilton and Rosberg. Even if all the cards had fallen right for him on the day he still couldn’t have expected more than third, but with his luck having been terrible so far, he’s needed to win, not place in the top five to have a hope of retaining his drive for Ferrari next year. Chances are, he won’t, and we all know it.

The desire to continue driving in F1 is obvious and understandable, but even Kimi now has to see that
gambling news of victory at this late stage will win him a reprieve is unrealistic, and that his career in Formula One is coming to an end. Like the Finnish government has with their closed shop gambling laws Kimi will not stop resisting this fact whilst he’s got chance to do so, but his chances, like theirs, are running out and soon enough a new paradigm will have to become the center of both their businesses.