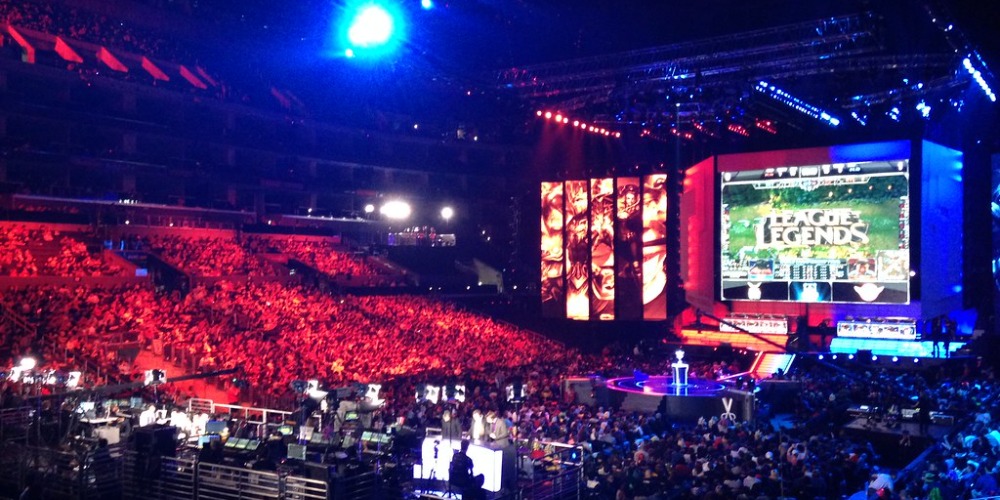 We have good news for the fans of League of Legends and betting. The game does not seem to be over anytime soon. And with the game being active, so is the competitive scene. And the active competitive scene brings betting as a side effect. No wonder why online sportsbook sites in the US are already lining up the upcoming LOL championships. If you are new to the betting world of esports and League of Legends, don’t worry. We have a guide written just for you. And if you are Hungarian, we have good news for you. This year the team coached by the legendary lol player Vizicsacsi is going to participate in these championships. Let’s check out the early LOL championship betting lines in 2022.

In the Western League of Legends spring season, we will see the usual high-end LOL tournaments hosted. These are tournaments as the American LCS, with the participation of legendary teams such as TSM, Cloud9, and CLG. The European LEC, brings the best of European teams, such as the G2 Esports, Misfits, and the oldest European championship team, Fnatic. We will also have the upcoming LFL, which is the France tournament. The top 6 teams across all of these western championships will have a chance to win an entry to the grand World Championship. The Western Spring seasons have already started, and they are going to end in the middle of February.

The Eastern Spring Season is going to be the most exciting season to follow. With the world championship winners competing against the old holders of the title. We will meet players such as Faker and Viper. Edward Gaming has several odds registered in the early LOL championship betting lines in 2022. And it is unsurprising that the odds are favoring the current World Champions.

The Chinese LPL is hosted in tandem with the other eastern spring championships. Because the Spring Seasons is a collection of separate, worldwide championships hosted at the very same time. Because the results of these championships are going to decide the participants of the bigger leagues. They also serve as the line that decides the entries of the professional teams. But furthermore, they are a chance for the new teams to receive entries.

The worldwide Spring series is going to finish with the last match of the Brazilian CBLOL2022. When the Spring Series is finished, the new season begins with the Playhem Showmatch. A single professional face-off sponsored and hosted by Playhem.The two competing teams are going to be Karmine Corp and KOI. The odds favor Karmine Corp on that one, however, KOI’s odds are not far beyond winning possibilities.

The members of these teams are going to be collected from all other teams, and League of Legends players will be able to vote on who are the best players in each world region. The All-Stars collects the best players in the world and makes them compete in funny game-modes, which are a breath of fresh air from the hardcore competitive scene. They are playing modes such as ARAM, 1v1, Ultra Rapid Fire Mode, and All for One.

We collected the best matches to place your bets on. These matches are a mix of easy-cash betting. Or legendary teams facing off with equal chances. This year is going to be one of the most exciting years of esports. We will see giants facing off like Edward Gaming and T1. We will once again be able to experience the fun of the All-Stars, and the CLG is back in the competition. All of these are crowned by the upcoming Playhem Showmatch in which Karmine Corp is going to face off against KOI. These are the best early LOL championship betting lines in 2022.

The Following matches are having highly different odds. Meaning if you are looking for a quick buck in the next three months, then you should place bets on the respective matches. Whether you are following esports or not:

If you are still confused about the upcoming competitions, you shouldn’t worry. The official Riot Games website called Lolesports, has an interactive panel that informs you about every match. There are several alternative championships happening between these major events.

Such as the Greek Championship, the Balkan League, the grand japan championship of LJL, the international MSI. We made a chart for you to understand the upcoming events more easily.

How to Place Bets On These Events?

If you are looking for betting, these championships can be found on all major sportsbook sites featured on our website. Our recommended sportsbook is Bovada Sportsbook. For other regions, the best choice would be Bet 365 Sportsbook. The odds represented in this article were courtesy of their website. But if it is unavailable in your country, you can see the possible alternatives in the chart above. Which upcoming league of legends championship are you going to place bets on?

You can discover more about Bovada Sportsbook here