Pedro Munhoz vs Frankie Edgar Predictions – What Are the Odds? 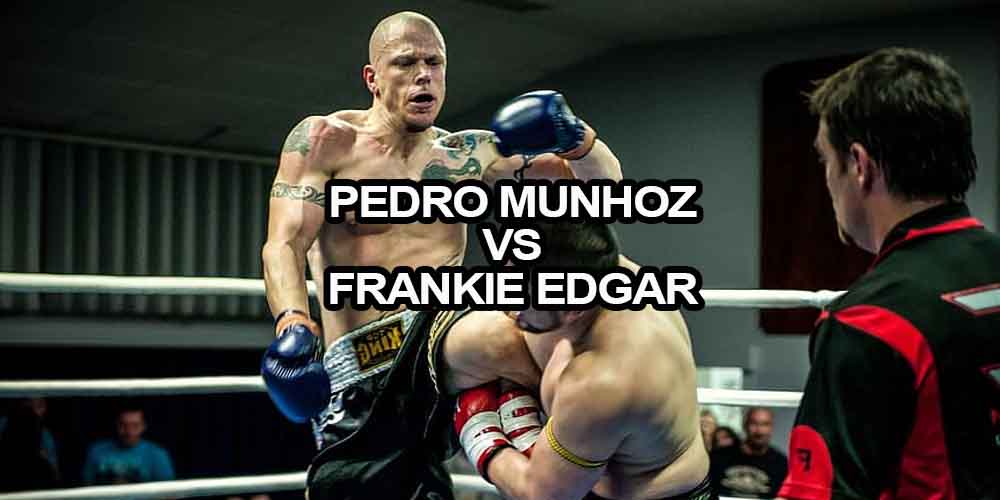 What are Pedro Munhoz vs Frankie Edgar predictions on their upcoming fight? The pair will have the bout at bantamweight at UFC 252 at Apex in Las Vegas on August 15.

So, the combatants’ odds are already available at many online gambling sites in the US. That is, according to betting odds at Bet365 Sportsbook, Pedro Munhoz is positioned as the favorite in this pairing. Frankie Edgar, however, still has good odds to overperform his rival. Here are the odds of combatants:

Brazilian Munhoz was on a three-fight winning streak last year. But the unanimous decision defeat by Aljamain Sterling in June 2019 put it to an end. Nevertheless, just one bout prior to the defeat, Munhoz has a first-round knockout winning over Cody Garbrandt. The other two consecutive winnings, however, were against Bryan Caraway and Brett Johns. Thus, Edro Munhoz vs Frankie Edgar predictions expect the same outcome from Munhoz from his next fight.

Edro had only two defeats since 2015, therefore, the fight against Edgar is a great opportunity to participate in title conversation at 135 pounds.

Edgar is looking forward to gaining his first victory since 2018. He also seeks his first winning at 135 pounds.

Frankie has already had fights at 145 and 155 pounds. However, the combatant has been defeated in three of the last four fights he had at 145 pounds. So, he failed to win against Brian Ortega, Max Holloway, and Chan Sung Jung. The last defeat became his second stoppage loss. However, Edgar Frankie won against Bj Penn which became one of the top 3 biggest upsets in MMA history.

Therefore, he is currently moving to bantamweight which, he believes, should refresh his fighting career. So, Edro Munhoz vs Frankie Edgar predictions at most online casinos in the US are not positive for Frankie. But let’s see what the fight is keeping for us to show!