Egypt Vs Uruguay Predictions on 2018 World Cup Group A

News >Egypt Vs Uruguay Predictions on 2018 World Cup Group A

Our Egypt vs Uruguay predictions are no surprise to world football fans, by which the Pharaohs are unlikely to stand a chance against two-time winners Uruguay. 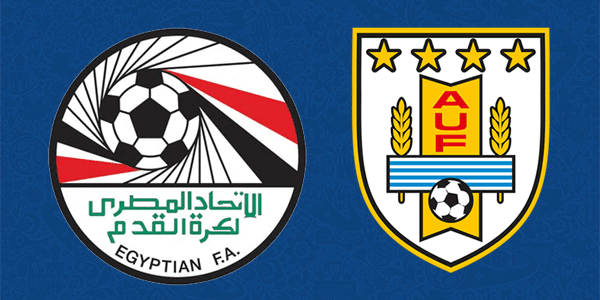 Online sportsbooks in Russia suggest Egypt to take the pitch as underdogs against Group A favourites Uruguay at Central Stadium on June, 15. The Pharaohs aim to prove themselves as notorious African team that could upset world best nations, although being absent from the tournament since 1990. On the other hand, Uruguay will try not to lose points in order to lead the group and avoid playing potential Group B winners Spain in the round 16. According to our Egypt vs Uruguay predictions, this game will be highly tactical, Egypt are very tough opponents, but Uruguay will have the upper hand.

Since each World Cup is held every four years, bookmakers do not recommend using quantitative approaches to choose best Group A betting odds. Yet it is good to grasp general perspective by looking at some results. Egypt are well known to be best team in the African continent by winning many trophies at home, but they deeply lack World Cup experience. Even their 44-year-old keeper Essam El-Hadary is going to have his first World Cup debut in Russia.

On the other hand Uruguay are regular participants in the tournament, won the cup twice (1930 as hosts and 1950), along with reaching quarterfinals and semifinals on several occasions. In addition, they have shown good results in their international friendlies, unlike Egypt who could not win once since they were qualified in last December.

Many spectators are highly interested in following Egypt in 2018 World Cup, due to their best player Mo Salah who was absolutely magical this season. Yet after his Champions League final injury, it remains to be seen whether he will step into the pitch with full attacking force and incredible pace, or he will be cautious not to get hurt and suffer from another setback.

According to online sportsbooks in Russia, the Pharaohs have other weapons to use. They are well organized in defense. Coach Hector Cuper can rely upon the solidarity of players such as Arsenal’s Mohamed Elneny and West Brom’s Ahmed Hegazy. If they succeed in expressing solid defense and pace, Egypt could manage a good counter-attacking game.

Will Hector Cuper’s plan succeed against Uruguay? It is hard to have a positive answer; especially that Uruguay will be equipped with two best world attackers Edinson Cavani and Luis Suarez. Adding to that, Uruguay manager Oscar Tabarez is expected to solve team’s problem in 2010 and 2014 of weak midfield, by incorporating members of their successful under 20 team.

Egypt are expected to be tough against all group opponents, with their ability to turn defense into attack and pose a clear threat depending upon the performances of the Liverpool attacker. But many bookmakers suggest that Egypt’s chances of winning their opening match is unlikely. At Big Bet World Sportsbook Egypt vs Uruguay odds are (1.60) for Uruguay to score a winner, for a draw the odds are (3.45), while a victory for Egypt stands at (6.50) odds.