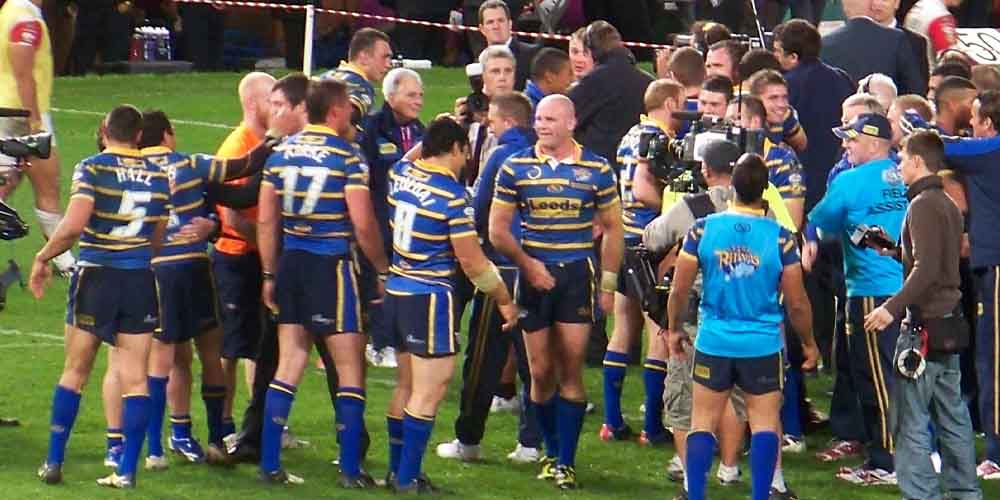 Rugby Super League will return this weekend after a four-month break with three games. While the following weekend all teams will play and resume the competition. In the English Super League winner odds, St Helens are slightly favoured but a few more teams can also get the victory.

The English Super League is the top-level rugby league competition in Europe with 11 teams currently taking part in it. 10 English and 1 French team. Usually, the season runs between February and September, but this year the schedule was modified thanks to the long break. The tournament will continue this weekend with the Grand Final taking place at the end of November. St Helens are the reigning champions but they are only 6th place at the moment after 5 played games.

After 6 rounds Wigan Warriors are leading the league and have the odds of 4.00 to become champions at the end of the season. Wigan are the most successful English club in the league with 22 league and 19 Challenge Cup titles. They won their last title in 2013, so it’s just about time for them to win another one. Last season the team lost against St Helens in the semi-final. Then against Salford in the Preliminary final as well. But this season the Riversiders are doing great following the signing of Jackson Hastings. And they also have  English captain Sean O’Loughlin and new coach Adrian Lam in the team.

Online sportsbooks in the UK are predicting Warrington Wolves to be one of their biggest rivals. They have the odds of also 4.00 to win the championship. Warrington have come close to winning the trophy in the last few years, but couldn’t succeed in the play-offs. They won the Challenge Cup last year though defeating St Helens, which could be a good sign for this season.

As we mentioned St Helens have won the league last year and they are still the biggest favourites with the odds of 3.50 at the 1xBET Sportsbook. Of course, it’s easy to understand why.  The club’s history, 14 league titles and most recent performances all make them a great team. Even though they didn’t have the best start of the season, they can improve on their statistics this Sunday against the only French team, Catalans Dragons.

Teams with a chance to win and total outsiders

Online gambling sites in the UK are offering the odds of 8.00 for another recent champion, Leeds Rhinos’ victory. They won the league four times in the last 10 years making their total number of championship titles to 11. But Leeds also struggled in recent years and had to fight for their place in the Qualifiers. 2020 can be another good year for them after standing in 3rd place at the moment. Castleford Tigers are also mentioned in the favourites with the odds of 10.00. The West Yorkshire team are level on points with Wigan and have a chance to repeat or even exceed their best result so far. Finishing as a runner-up in the 2017 season.

It’s not going so well for last year’s finalists, Salford Red Devils.  They are only in 10th place right now. Several players left the team, which made Salford a real outsider to win the league this year. They have the odds of 101.00. While bookmakers are offering the highest odds, 301.00 for Hull Kingston Rovers to become champions. Their chance to be relegated are much more likely after their current place at the bottom of the league.