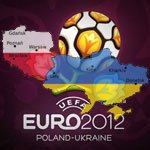 The UEFA Euro Championships began back in 1960 and take place every four years. The 2008 competition took place in Austria and Switzerland and was won by Spain, a team which defeated Germany 1-0 in the final. (Later on Spaniards went on to become the world champions too).

This year’s event is also hosted by two countries, Poland and Ukraine. The championships take place for the 14th time. A total of 16 teams will participate in this tournament, which will start on June 8 and will last all the way until July 1, 2012. The final will take place in Kiev, Ukraine.

However, the political turmoil resulting from imprisonment of Yulia Tymoshenko by her political rival is already sparking massive controversies, and many heads of states and well-known public figures, such as the members of the British Royal Family, will boycott the matches and ceremonies taking place in Ukraine.

While online and mobile casinos were shot down in Ukraine, there are some loopholes related to betting on sports. But, the Ukrainian laws related to this activity are quite murky and imprecise. Also, the change of government may bring a change in laws. No wonder, since political opponents there like to lock each other up in prison.

On the other hand, the second host, Poland, is a member of the European Union since 2004 and its laws resemble that of most Western countries. As a result, online sportsbooks in Poland are allowed to operate and the Polish football punters will definitely make bets on the upcoming matches.

Overall, Polish gambling laws are permissive, but wagering is licensed and regulated. Nevertheless, the level of sports betting in Poland is relatively low, especially when compared to such places as the British Islands.

In effect, British bookmakers such as William Hill, Ladbrokes, Coral, and many others are expecting to profit handsomely from the upcoming UEFA 2012 Euro Championships. Only to profit even more a month later when London Olympics get under way.