Eurovision 2019 Winner Betting Odds: Which Balkan Country Will Have the Best Act? 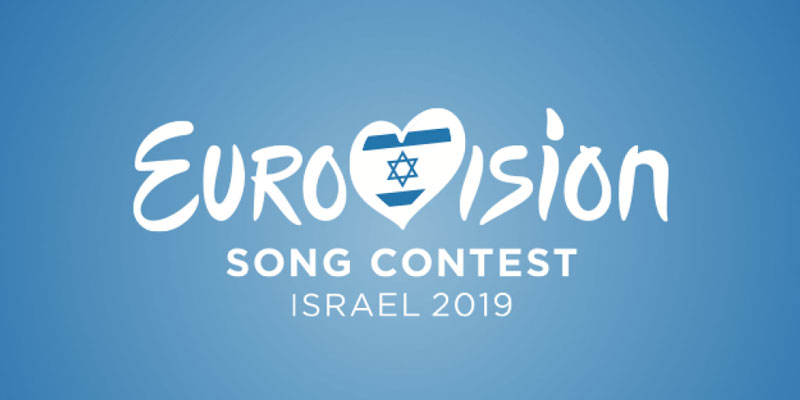 As the contest is such a big event around the world, bookmakers are also placing odds on the best performance by region. This way, according to our Eurovision 2019 winner betting odds, Slovenia will be the most successful Balkan country.

The Balkans have seen modest success in the contest through the years. Bulgaria had the most recent best classification, finishing 2nd in 2017. However, due to financial reasons, the country won’t participate in the next edition.

This year, online sportsbook sites in Slovenia are favoring Greece to be the best entry from the region. The Greeks were part of the contest in 1974 for the first time. However, they only started to succeed at the turn of the century. In 2005, the country won the contest with the song “My Number One”, by Helena Paparizou. Additionally, they were 3rd in 2001, 2004 and 2008. Now, they chose Katerina Duska as their representant with the song “Better Love”.

However, our Eurovision 2019 winner betting odds are favoring countries that are not historically successful in the contest. Considering the last couple of victories, it is clear that audiences are looking for different songs that are able to create an impact. On our preview of the final result, we noted that they want more than just naive pop songs. The message is very important, but so is the beat.

On the table below we have the full list of countries that you can place a bet on. And to make sure you have all the information you need, don’t forget to check the review about Bet365 Sportsbook.

The Balkans have a long history in the contest. The first time the region was represented in the song contest was in 1961 by Yugoslavia. A year later, the country reached the top-5 with a 4th place, though this wouldn’t happen again until 1983.

The country was supposed to participate in the 1985 edition, but the contest was held on the 5th anniversary of Josip Broz Tito’s death, a national memorial day. There was a restriction for musical programmes to be broadcast on the day. Therefore, the station JRT had to withdraw.

But 4 years later, in 1989, Yugoslavia finally won the contest with “Rock Me”, by the Croatian band Riva – which wasn’t a favorite to win at the time. And since its dissolution that the now independent nations have seen considerable success, especially since the beginning of the century as well. In 2004, Serbia and Montenegro debuted with a 2nd place. And, in 2007 – already separated – Serbia won the contest with the song “Molitva”, by Marija Šerifović.

Until this day, there are strong ties between the former Yugoslavian nations. One example is the X Factor Adria, which unlike most countries, is, in fact, a regional competition comprising Serbia, Montenegro, Bosnia & Herzegovina, Croatia, and North Macedonia. And it is common knowledge that there are in fact voting blocs in the Eurovision. This is why our betting preview is favoring two nations that used to belong to the communist state.

Slovenia is bringing the duo Zala Kralj & Gašper Šantl with “Sebi” to Tel Aviv. The song might seem like an unusual choice, but they will certainly keep audiences engaged with their dreamy melody.

The song is very contemporary, with indie and electronic beat that, in a very subtle way, is able to convey deep emotions. But “Sebi” is more than just an intimate song. It also represents a generation who was born in the advent of social media, growing up with those tools.

It is true that indie songs are yet to see their recognition at the Eurovision. But this song will not only attract younger audiences. It will also find praise among those who are looking for a refreshing sound at the contest. The duo’s odds of becoming the best act from the Balkans are 6.00 at Bet365 Sportsbook.

North Macedonia will give strength to audiences around the world

The North Macedonian entry is well-known to the Eurovision fans in the country. Tamara Todevska is finally going to the final with the ballad “Proud”, after a failed attempt in 2008.

The empowering song follows the Me Too era and it was precisely released on Women’s Day (March 8). Yet, women are not the only target audience of “Proud”. In fact, the singer told online sportsbook news in Slovenia that she wants to address all the marginalized people.

Todevska will certainly bring hope to many people around the world. And women, especially, won’t be indifferent to its lyrics. It is definitely one of the most popular Balkan’s songs (9.00) this year.

“Ktheju Tokës” is the Albanian entry this year, sang by Jonida Maliqi. The song touches a theme very meaningful to the country: emigration.

Jonida Maliqi is a star in Albania not only because of music but also due to her role as a fashion icon. In fact, she has almost half a million Instagram followers. It is natural, then, that she is one of the most popular competitors in this year’s edition.

Adding to that, “Ktheju Tokës” shares similarities with Ukraine’s winning song “1944”. Although a lot less political, they are both about tragedies that haunt their people. And voters might be attracted by the dark and hopeless lyrics, as they will certainly identify with it, no matter where they are coming from.

This way, Albania might also be a surprise and the country’s odds of becoming the best Balkan song are 13.00 at Bet365 Sportsbook.