Everything About Olesya Romasenko: Story of a Canoeist

News >Everything About Olesya Romasenko: Story of a Canoeist 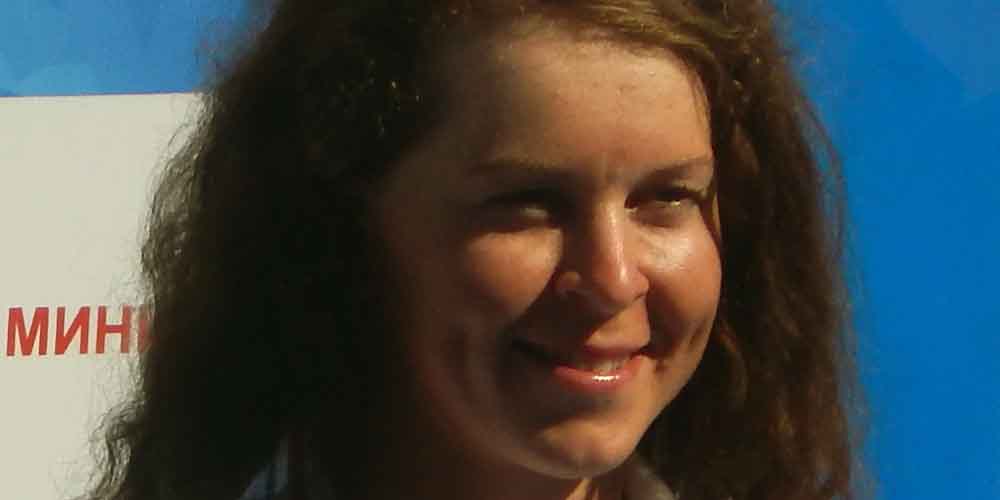 Olesya started rowing to get into the basketball team of the institute in her native Krasnodar. She never made it to the institute’s national team, but she went to Tokyo to represent ROC with excellent medal chances. We are going to tell you everything about Olesya Romasenko. This is the story of an athlete.

The Story of Becoming a Canoeist

Since childhood, Olesya dreamed of becoming an athlete and entered a sports institute to make her dream come true. The girl always had problems with physical education: she could barely run but loved basketball. However, she was not a team player and was always a substitute. Having failed to achieve results in her favorite basketball, Romasenko tried rugby and football. To the surprise of everyone around, it was in rowing that she managed to achieve her first success, despite the late start of her sports career at the age of 20.

The girl was brought to this sport by a neighbor in the hostel. Olesya spoke about her first rowing training in an interview with a local channel:

“I was playing basketball then, and I thought it would be nice to do functional training for basketball in rowing. However, I did better, and the attitude was better towards the athletes. “

When Olesya Romasenko started rowing, she needed to catch up with her teammates in physical form. She admits that at first she could hardly do push-ups ten times and ran a kilometer, switching to walking.

“At that time, I already had an accounting education, I worked as a cashier in a cinema. This [rowing] interfered with work and study. “

Olesya left work, but it was difficult to find a balance between training and study. However, this did not prevent her from achieving dizzying results for a beginner in sports: in 2013, she got on the podium of the Russian championship and began to train regularly with the national team. Since 2014, the athlete has been regularly competing in the World Cups both singles and doubles. You can visit online gambling sites in Russia to bet on the Olympic games. 1xBET can be your safest sportsbook for the Olympic matches.

In 2016, Romasenko watched a canoe in Rio on TV. No, not because she could not qualify. There was no women’s canoe in the Olympic program. And they made a decision to include a canoe in Tokyo, Olesya did not sit idly by. She decided to create her project to draw attention to her sport.

“Once I saw on TV the myths about the women’s canoe. The fact that girls do not know how to row, that it is poorly developed. I started filming and posting my workouts online. Once after the competition, my friends and I came to a cafe, and they brought us plasticine. I just won Europe and decided to mold myself. Then I decided to take a picture. “

After several photographs, Olesya photographed the canoeist from different angles. Then in dynamics. Then I decided to make a mini-video. As a result, 1,500 frames were released, and a month later the athlete posted her debut project called “Plasticine Canoeist” on YouTube.

Olesya Romasenko admits that Canadians are the main rivals of the ROC team.

“One of the strongest is Laurence Vincent-Lapointe. Technically and in terms of functional training, she is a clear international leader. This is their national sport. When I first started, I saw her in rowing magazines or  competition videos. I never thought that I would be in the same race with her, – the athlete admitted, – She surpasses me in anthropometry. Now I think this can be compensated for by the technique and quality of work. She has strength, and I have speed. “

You can also check out our article to find the best odds for Women’s Olympic canoeing. Online sportsbooks in Russia offer the best bets for the Olympic games and not only.