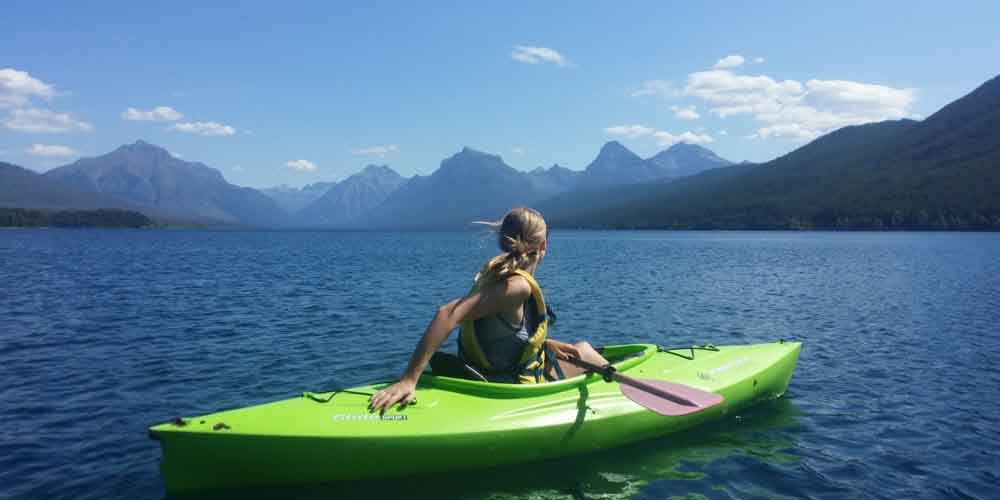 The sprint Canoe events at the Olympics will start next week, on the 2nd of August and last until the 6th of August. 6 gold medals can be won in both the men’s and women’s competition where usually Hungary and Germany are doing well. Hungarian athletes are the favorites in several events according to the Women’s Olympic Canoe odds. Let’s see their chances for the gold medal.

The canoe sprint will appear for the 20th time in the Olympic program after its debut in 1936. For the first time in the sport’s history 6 events will be held in Tokyo in the women’s competition. With the debut of C-1 200m and the C-2 500m races. Germany, the Soviet Union and Hungary have been the most successful nations in the sport’s history. But in recent years China, New Zealand and Belarus have won major championships as well. We can expect the winners from these countries in Tokyo as well, where the canoe sprint events will start next week at Sea Forest Waterway. 51 countries will compete in the 12 events with a total of 249 athletes. Let’s see the biggest women favorites from them now.

New Zealander Lisa Carrington is the two-time Olympic champion in the K-1 200m event. The 32-year-old athlete is the biggest favorite to win the gold again in Tokyo. Online sportsbooks in New Zealand offer the smallest odds, 1.445 for her victory. The seven-time world champion is unbeaten in the event since 2011. So it’s very difficult to imagine that someone can be faster than her. Probably Danish Emma Jorgensen has the biggest chance of doing so after finishing twice behind Carrington in the world championships.

In the K-1 500m the Maori athlete can win the gold as well according to the Women’s Olympic Canoe odds. Even though Hungarian Danuta Kozak is the defending Olympic champion in this event. Carrington did win the last, 2019 World Championship. But Kozak is still very fast and will aim for her third Olympic title in this event. She won the European Championship in Poznan last month confidently. Which can be a promising sign ahead of the Olympics. Her compatriot, Tamara Csipes is a two-time world champion in the K-1 1000m and an Olympic champion in the K-4 500m. But she hasn’t raced too much in this individual event before.

In the women’s K-2 500m the Hungarian pair of Kozak and Dora Bondonyi is the biggest favorite with the odds of 1.82. Kozak won the event in Rio along with another canoeist, Gabriella Szabo. But she can easily win the gold with her new teammate as well. Their biggest rivals can be the New Zealander pair with Lisa Carrington and Caitlin Regal. They won the gold in the 2017 World Championship. Now online gambling sites in New Zealand offer the odds of 2.61 for their victory in Tokyo. The reigning world champions, Belarusian Maryna Litvinchuk and Volha Khudzenka can get a good result as well. Though their odds to win the event are quite high with 20.00.

Hungarian fans are hoping for a gold in the K-4 500m as well after their team won the event in the last two Olympics. They are unbeaten since 2017 and the biggest favorite to win again. Probably it won’t be surprising that New Zealand can fight for the gold as well. Along with the German, Belarusian and Polish quartets. But these nations’ victories would be a huge surprise and have odds of 7.50 on 22Bet.

Favorites in the new women events

Canadian Laurence Vincent-Lapoite can win the first historic gold in the C-1 200m. The five-time world champion has the odds of 2.53 to win the Olympic title. But American canoeist Nevin Harrison will be a tough opponent and fight for the gold too. She is the first US canoeist to win a world champion title in the sport after her victory in 2019. Her odds to beat the Canadian are 2.90. While three-time world champion silver medalist, ROC athlete Olesia Romasenko can fight for the podium as well.

In the other new event, the C-2 500m the Chinese world champions, Mengya Sun and Shixiao Xu are the favorites. But the two-time world champion Canadian pair with Vincent-Lapoite in it can also finish on top. Bookmakers offer similar odds, 2.69 and 3.54 for both pairs’ victory.  Followed by the Hungarian pair of Virag Balla and Kincso Takacs who are two-time silver medalists from the 2018 and 2019 World Championships. Their odds to win the gold now are 5.15.