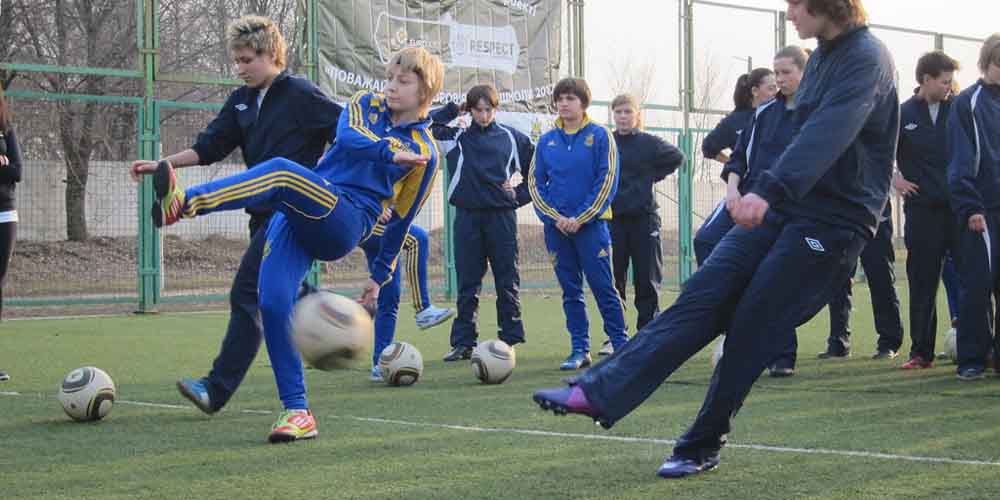 Ukraine sent 158 ​​athletes to Japan. This is the smallest number in the history of the country’s performances at the Olympics. However, more than three dozen Ukrainian athletes can count on medals. The Ukrainian record at the Olympics is still 27 awards from Beijing 2008. And only 11 medals were won in Rio de Janeiro 2016. So, Ukraine’s potential place in the medal standings may not be so bad. Ukrainian athletes are unlikely to get into the top ten. But the place from 11 to 20 in the overall standings is not that impossible. In this article, we are going to talk about the Ukrainian Olympic medal predictions. We have collected the main favorites of the Olympic Games in Tokyo in the Ukrainian national team. So let’s jump right in!

The Olympic Games are still going on in Tokyo. The long-suffering competition, which was postponed for a year and the feasibility of which was doubted until recently. And so now, until August 8, when the last of 339 sets of awards will be played, the attention of the entire sports world will be riveted on Tokyo. The daily news starts with how things are going in the medal standings. So let’s find out who are the 12 main Ukrainian contenders for Olympic medals in Tokyo. After all, it was the 12 Olympian gods that were in ancient Greek mythology.

The two-time world champion in Greco-Roman wrestling over the past two years has also managed to try on being a deputy in the Verkhovna Rada. But no matter how we relate to the involvement of athletes in politics, Beleniuk remains the main contender for victory in his weight category up to 87 kilograms.

At the 2019 World Championships in Athletics, Maryna became the silver medalist in the long jump. And, of course, she expects to exchange this award for gold in Tokyo. This year she has already defeated the German Malaika Mihambo. So the likelihood of a successful performance at the Olympics is quite high. At the same time, Maryna can help establish another interesting achievement, but more on that later.

Judo superstar who won the 48 kg category at the 2018-2019 World Championships. Bilodid manages not only to gradually become a media star but also to claim truly historical achievements. There is an interesting theory. According to it, it’s time for an athlete who won everything in his weight category to move to another. Perhaps this will happen to Daria in the fall. But so far she lacks one award before that – in Tokyo.

At the Tokyo Olympics, karate makes its debut as a type of program. And here Ukraine has a good chance to immediately write the name of its athlete in history. Horuna won the European Championship this year. And although he says that due to lack of funds he did not have the opportunity to prepare as well as his competitors, he has high chances for a gold medal. Bet on Horuna by using the online sportsbook sites in Ukraine like 20Bet Sportsbook.

Two-time European champion in weightlifting and she received these titles in the Olympic years, 2016 and 2021, that is, she knows how to bring herself to peak form at the right time. Dekha has everything to perform better than all the representatives of the continent and in Tokyo. The only question is whether this is enough to compete with Asian athletes who are very strong in weightlifting.

Olena is a fantastic example of athletic longevity. It took 14 years from her “gold” at the Athens Olympics to winning the World Bullet Shooting Championship in 2018. During this time, she received several dozen more awards at competitions of all levels and is approaching her fifth Olympics among the favorites. Kostevych will have chances even for two awards because she will compete at distances of both 10 and 25 meters.

Online gambling news in Ukraine predicts that Yaroslava is perhaps the most important hope of the Ukrainian team for medals in athletics. There is simply no equal to her in the high jump this season. And the “silver” that she received at the 2019 World Championships will look like a failure at the Olympics. Mahuchikh claims to renew the world record of 2.09 m, which was set by the Bulgarian Stefka Kostadinova back in 1987.

The current winner of the Epee World Cup, bronze medalist of the 2019 World Championship. Reizlin is 37 years old. But he only reached his peak in recent years. And now he is one of the leaders in individual competitions. He also proves his class in team performances. After his annoying defeat in the semifinals of the 2019 World Cup, in a few days Reizlin pulled the Ukrainian national team into the final.

And here is the possible co-author of the achievement, which was discussed above. Mykhailo is the husband of Marina Bekh-Romanchuk. And they have excellent chances to be the first Ukrainians in the 21st century to receive Olympic awards as husband and wife. Mykhailo has already twice been a silver medalist and won the European Swimming Championship. His “crown” distance is 1500 meters, but one can expect a triumph at 800 meters.

The youngest Ukrainian athlete at these Games is a world-class prodigy. This is not an exaggeration. At the age of 15, Sereda has already become the European champion in diving from a 10-meter platform. And this year he added gold to the award in mixed doubles.

You can bet on the youngest athlete on the 20Bet sportsbook.

Harlan became the world champion in saber fencing three times. But at the Olympics in the individual competition, she only got bronze in 2016. It’s time to correct this injustice. Especially since back in Beijing 2008, the Ukrainian made a huge contribution to the team’s “gold”. This time, the national team was unable to qualify for the Olympic team tournament. And perhaps this is what will help Olga focus her efforts on the individual performance.

The heir to the Olympic glory of Vladimir Klitschko, Alexander Usik, and Vasily Lomachenko, Khizhnyak is a super favorite among boxers in the category up to 75 kilograms. He has been stubbornly refusing to go pro for several years. But he will go there after the games. We would like to believe that as an Olympic champion, a different result for a world and European champion will be unsatisfactory. There would only be adequate judges.

Of course, we want to believe that, in addition to these twelve, many more Ukrainian athletes will bring home medals. But let’s be honest – we will rejoice at the medal of any of the athletes, no matter how predictable it was. Also, you can check out our article about  the Olympic Summer Games 2020 Odds. The party continues – and it’s time to participate!